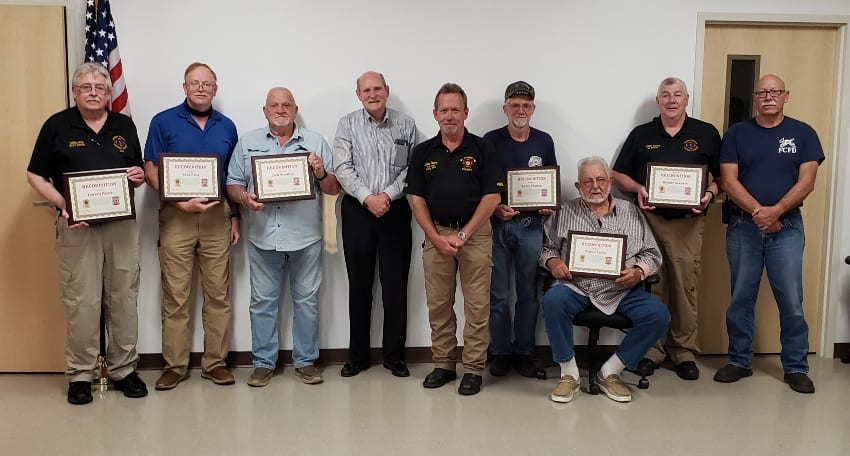 “It is an honor to be a part of this with you guys,” Fannin County Chairman Jamie Hensley was present to give his thanks: “The hard work and dedication that you all put into even forming this and keeping it going throughout the years, you paved the way for all of us to be here.” 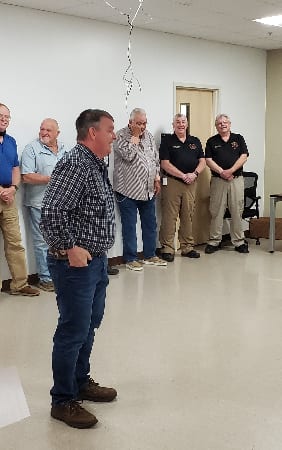 Chairman Hensley expresses his thanks to emergency personnel both past and present.

Fannin County Post 2 Commissioner Glenn Patterson echoed Hensley’s sentiments, “You guys up there laid the foundation of what you see today. We do appreciate you all and what you built from the ground up. Your contributions are invaluable.”

Among those present to be recognized were Darrell Payne, Tony Petty, Jack Worthey, Larry Waters, Walter Taylor, and Robert Graham. Those that couldn’t be present for the event were Spencer Kitchens, Ryan McDaris and William Wright.

Current Fire Chief Larry Thomas thanked the previous fire chiefs, many of whom he had worked with, “I want to give my thanks to each and everyone of you all.”

Thomas spoke of how their work and dedication helped to bring the department to where it is today.

Each one of the former Fire Chiefs spoke and it quickly became apparent that while they were given the title to lead the department, none felt they alone could take credit for how far the department has come.

The speeches quickly gave way to stories. The camaraderie of those working in emergency services showed as it was evident to everyone in the room, whether past or present, after serving your community you are always family.

Walter Taylor, Fannin County’s first official Fire Chief shared how, with the help of others, the first fire truck in Fannin County was built. According to Taylor it was a 1957 Chevrolet 6 cylinder: “We put two 500 gallon tanks on it.”

Taylor also shared a personal experience where those presently working in public safety had been called in to aid him. He gave an emotional thank you to the ones who answered the call, crediting them with saving his life.

Larry Waters, former Fannin County Fire Chief, gave insight into being a Fire Chief before the department received funding for full-time staff, “While I was Fire Chief, I was working full time at Levis Strauss and Co. and during the daily activities Tony took over as assistant chief.” 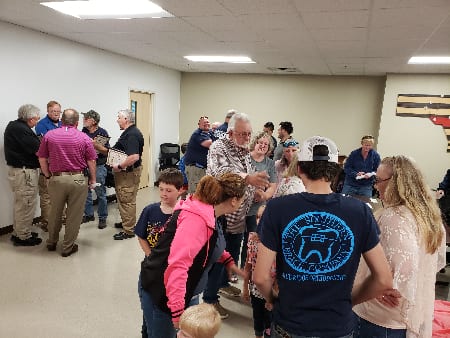 Family and friends, along with emergency personnel, continue to share laughs and stories after the recognition ceremony.

Waters spoke of firefighters and emergency personal running concession stands, parking cars, and “whatever we could do to raise money” for equipment. He also spoke of the pride the department felt when their new used equipment would arrive.

Former Fire Chief Tony Petty gave advice to those new to the field, “To be a fireman you’ve got to want to help people” and added that everyone involved is what makes a successful department: “You can be the best Chief in the world but if you ain’t got good people under you, you ain’t got nobody. I couldn’t never done it without you (all the volunteers).”

“I come in as a paid Chief,” Jack Worthey, former Fire Chief and 40 year veteran in the field, said of his reluctance to be honored with the others, adding that it is an “honor to come in and appreciate what these men have done.”

Standing with the others and looking around the crowded room Worthy noted that it is a “privilege to be a firefighter”.

There was a noticeable sense of pride in the room as emergency personnel listened to the stories shared from the previous Fire Chiefs. A humble sense of pride not only in the work that they face day to day but also a pride to be a small part of a larger team that helped write the history of Fannin County and continues to shape the future.

Former Fire Chief Worthey came to Fannin County, after having worked with the DeKalb County Fire Department for 30 years and had this to say of Fannin County, “This is the best volunteer fire department in the state of Georgia.” 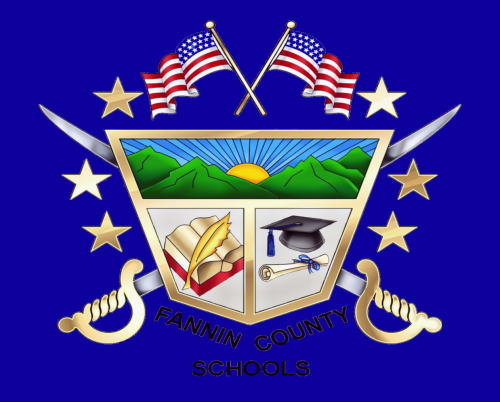 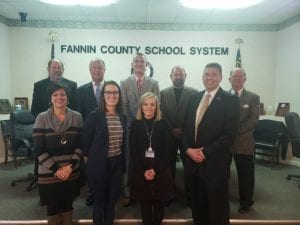 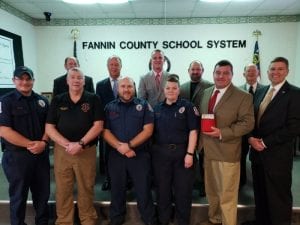 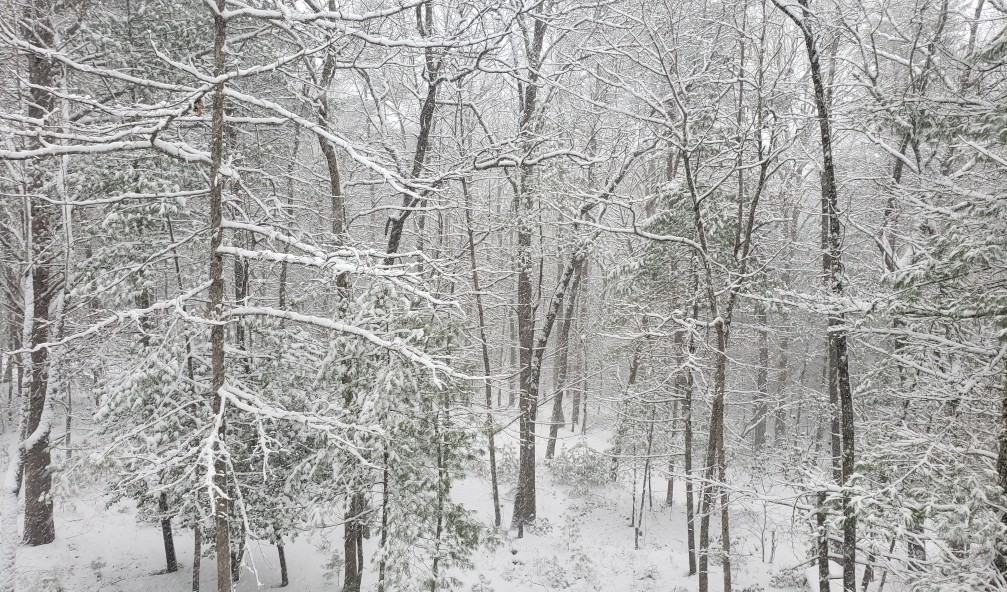 Blue Ridge, Ga. – Conditions are quickly worsening as a Winter Storm moves through our area.

Snow began to fall in Fannin County early this morning and is expected to continue throughout most of the day.

The Fannin County Emergency Management Agency (EMA) sent out a Nixle Alert at 9:03 a.m. warning drivers to stay off of roadways if at all possible.

Roads are extremely slick with ice under snow. Please stay in if at all possible.

Road crews are working to clear roads but at this time most roads are extremely slick due to snow and ice. Wet pavement under the snow has turned to ice in many areas throughout the county.

“The pavement was wet when the snow started falling, so the wet areas on our roadways have turned to ice,” Graham explained the situation.

Graham went on to say that he is in contact with Public Works Director Zack Ratcliff: “Zack has crews out now and they are working as fast as they can to try to clear the roads.”

Public Works crews are out on roads throughout the county scraping and salting, but with the ice forming underneath the snow it will be much more difficult to get roads cleared.

According to Graham there are several vehicular wrecks in our area with many of these being along Highway 5. Graham was unsure of the severity of all the accidents at this time, but did state that the majority of wrecks have been people sliding off the roadways and into ditches.

“Many of the roads have become or are becoming impassable,” Graham said, adding, “We are having to shut some of them down.”

Graham urges residents to please stay off the roadways at this time and allow crews to try to clear as much as possible.

FYN will bring your updates throughout the day as they become available.

Other totals are not available at this time.