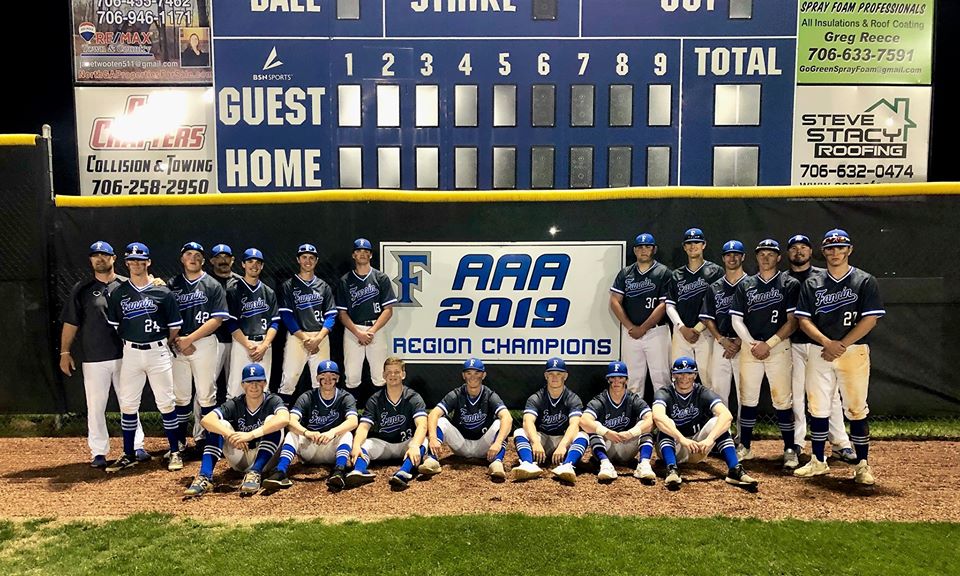 It was a long day for the Fannin Co. Rebels baseball team yesterday, Feb. 15, as they traveled to Hart Co. to play a doubleheader. The Rebels had just come from a win against Gilmer the night before and hoped to continue the trend against Chestatee and Hart Co. Fannin Co. came out on top against Chestatee with a 9-2 victory, however they fell to Hart Co. with a score of 11-4.

Matthew Shirah (recent Naval Academy commit) was the one to take the mound for Fannin Co. to play the first game against Chestatee. Shirah pitched three innings for Fannin Co. where he struck out four batters and only walked one. The senior was on fire as he allowed no hits to be made and no runs to be scored. The Rebels had a great game at the plate as they had no problem putting the ball into action. Blake Rogers (recent Reinhardt University commit) led Fannin Co. in hits for the game as he went 3-for-4 at the plate. Jerritt Holloway and Shirah followed the trend as they each earned a couple hits of their own in the game. Carson Beavers (recent Winthrop University commit) contributed to the team’s success as he was able to earn two RBI’s for Fannin Co. to advance their lead. Wyatt Rogers came out to relieve Shirah from the mound where he earned three strikeouts of his own and allowed only two runs to score. Logan Hughes came out of the bullpen to relieve Rogers and close out the last inning of the game when Fannin Co. earned their third out and found themselves with a 9-2 victory against the Chestatee War Eagles.

For the second game of the day against Hart Co., Fannin Co. had trouble putting the ball into action. The Bulldogs came out ready to play as they got the early lead by hitting the ball in all of the right places, making it hard for Fannin Co. to stop runs from being scored. Beavers was the one on the mound for the Rebels as he pitched two and a third innings. During his time on the mound, Beavers struck out five batters, allowed four hits to be made, and eight runs to be scored. Blake Rogers relieved Beavers from the mound to pitch the rest of the game and struck out three batters, allowed two hits, and three runs. Shirah was the one to lead Fannin Co. in hits as he went 2-for-3 at the plate. Jerritt Holloway was able to put the ball into action as he earned a single on an 0-2 count for him to make his way around the bases and score a run. Bradley Holloway continued the trend as he earned a single with a count of 1-1 to score a run. Gabe Buchanan (recent Reinhardt commit) made his presence known on offense as he earned an RBI to help Fannin Co. out. Despite Fannin Co.’s effort, they endured an 11-4 loss to the Bulldogs.

Fannin Co.’s loss puts their overall record at 2-1. Catch the Rebels’ next game on Friday as they travel to Brunswick to play in a tournament over the weekend.