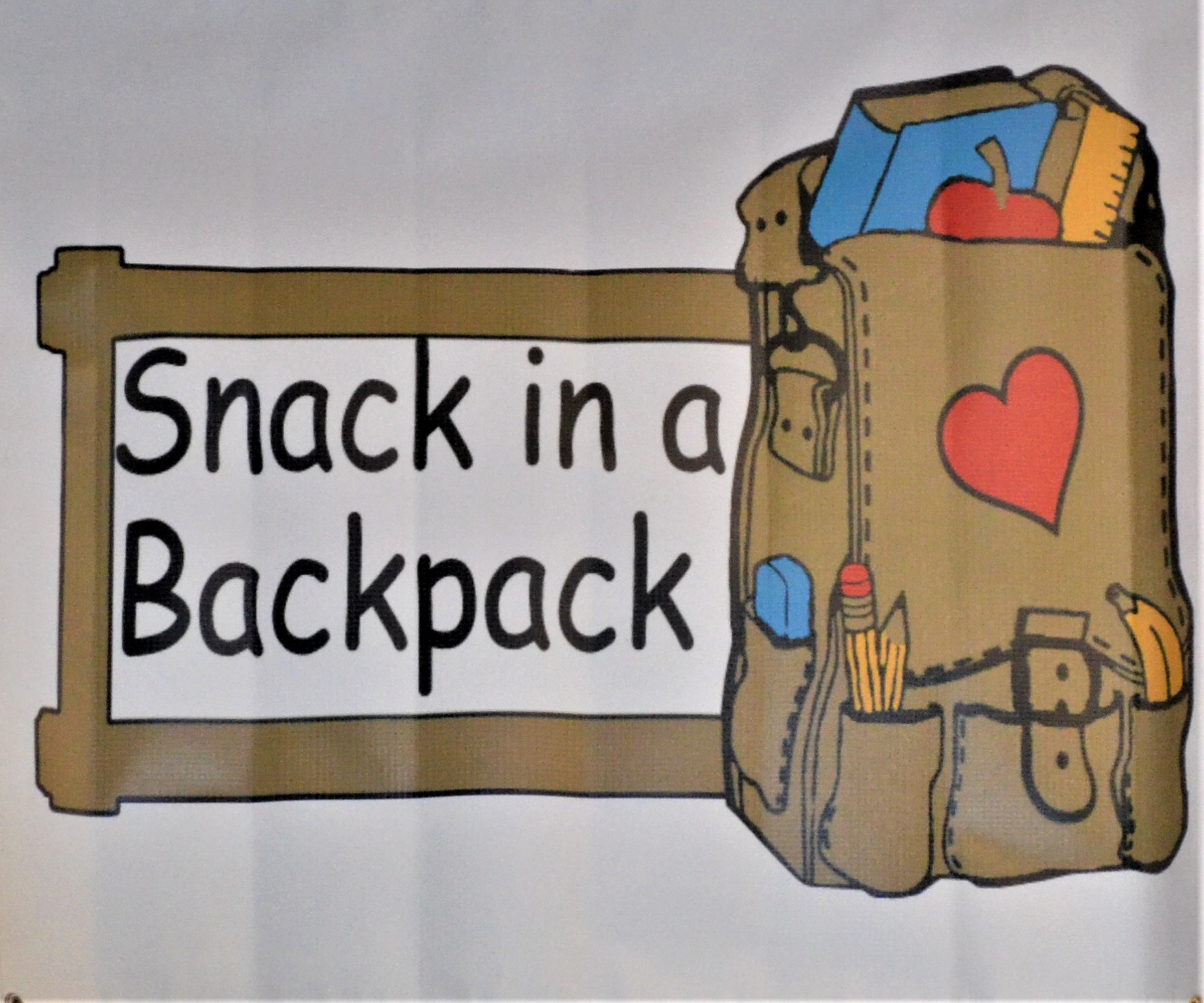 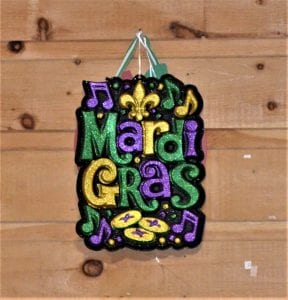 Bringing a taste of New Orleans to the North Georgia Mountains was one goal of Snack in a Backpack (SIAB) organization. Lots of good food, festive music, and camaraderie of fellow Fannin County citizens gathering together to raise money for the SIAB program were a few other goals. Mercier Orchards graciously donated their facility for the gallant evening.

Each weekday Fannin County children are given meals at breakfast and lunch. On weekends many children who rely on school meals might go without nourishing food or not have enough to eat. Snack in a Backpack volunteers begin packing bags with non-perishable, healthy food on Wednesdays at 9:30 a.m. to ensure children have something to take home for the weekend. 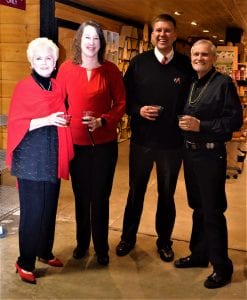 School Superintendent Dr. Michael Gwatney said while standing in line for the buffet at the nights event, “The hardest decision I ever have to make is to close a school. If I have to delay a school opening, that means a child doesn’t get breakfast. Or if I have close the school for the day, the child does not get breakfast or lunch.”

Guests were treated with a wonderful array of foods on the buffet table cooked by chefs at Merciers Orchards. Food choices included chicken gumbo, shrimp and sausage jambalaya, and black-eyed peas among other snacks and salads. Popular choices of Louisiana cooks during Mardi Gras.

Desserts were made by local bakery artisans at Chester’s,Tonia Ross, and Sweet Shoppe of the South. Ross provided a two-layer sheet cake, Chester’s donated two pies, and Sweet Shoppe delivered cupcakes. All sweets definitely delighted the palates of the guests by the ‘oohs’ and ‘aahs’ being heard in the room. 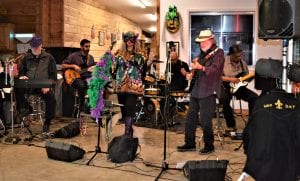 Attendees visited with each other, made bids for silent auction items on display in one of Merciers sales room while listening to Rollin’ Bones Band playing R & B, rock, and soul music. Winners of generous bids walked away with beautiful prizes and the funds go to Snack in a Backpack.

Mardi Gras themed Bringin’ the Blues to Blue Ridge was the 10th annual fundraiser for Snack in a Backpack. 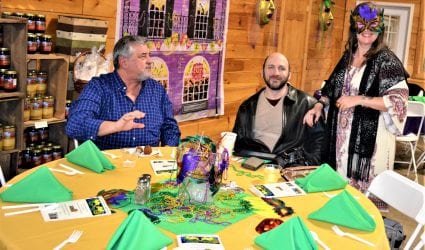 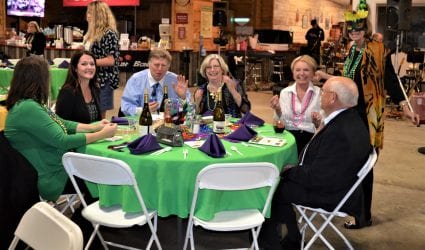 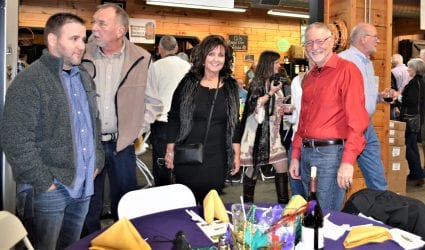 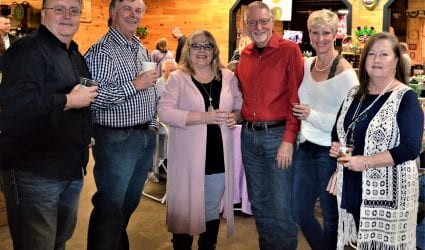 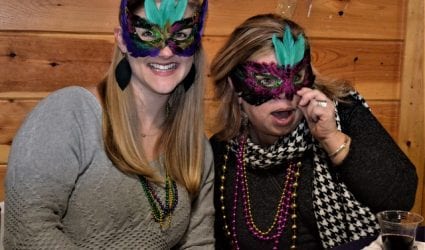 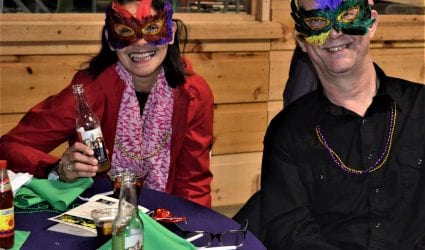 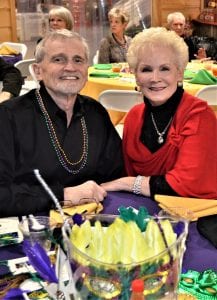 Volunteers are always welcome to help prepare the weekly bags or to deliver to designated schools. For more information contact Angela Huffstetler, program director at 706-851-8190 or backpackfannin@gmail.com.

All donations are tax deductible. Personal and corporate donations help keep this much needed program successful and are sincerely appreciated. Donations can be made by cash, check or PayPal. 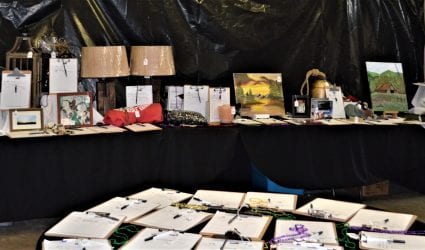 Some of the Silent Auction Items 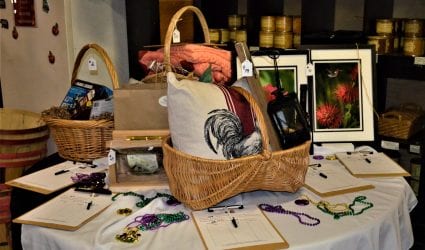 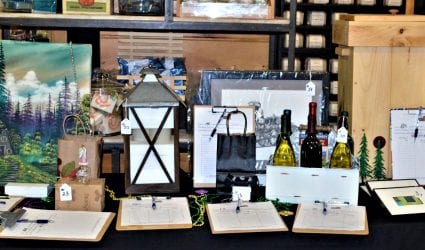 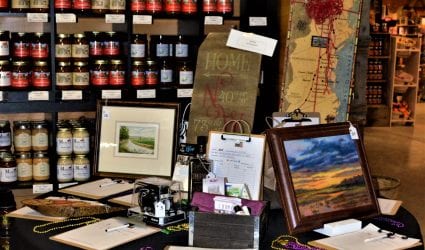 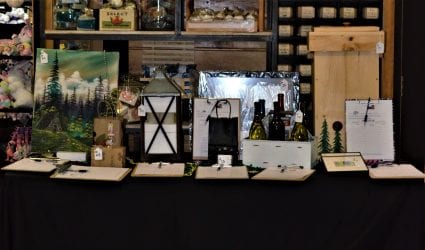 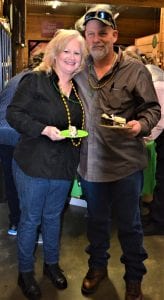 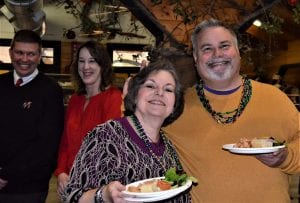 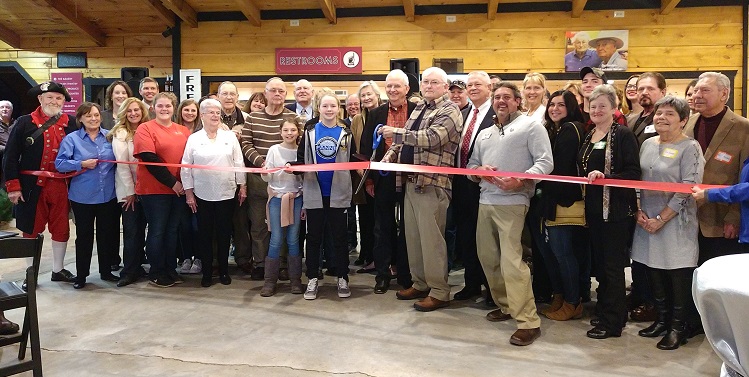 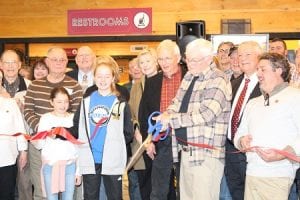 Founded by Adele and Bill Mercier in 1943, Mercier Orchards has adapted over the years to become one of the area’s largest attractions, boasting more than 600,000 visitors each year. One aspect of Mercier Orchards that has remained the same throughout the years is family.

As crowds gathered for the kick off of Mercier Orchards year-long celebration, the theme of Farm and Family could be felt throughout the room. While the business itself has been passed down through the Mercier family with four generations having worked to help build the brand, the employees were praised and acknowledged for their roles in helping Mercier’s to become what it is today.

“They make us what we are,” Tim Mercier, current chief executive officer of Mercier Orchards, said of the employees. “They do all the work. They present the part of us that the public sees, and they’re really the true family of Mercier’s Orchards.”

Reverend Michael Brunson began the celebration by offering a blessing: “Thank you for this beautiful planet that you provided for all of us.”

Brunson spoke directly of the blessing that Mercier Orchards has bestowed upon our community: “It provides our livelihood and that of many in Fannin County.” 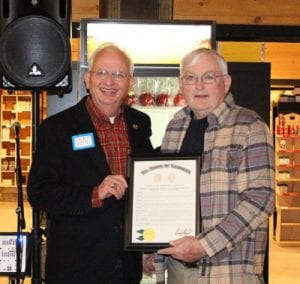 Commissioner Gary Black presented a resolution from the Georgia Department of Agriculture: “It is a special treat to come spend this very special time with a family that’s very dear to me, dear to this department.”

Black joked that the department sometimes allows him to have input on the resolutions, but then turned to Tim Mercier and said, “I wrote this one, and I want to read it to my friend.”

“Indeed business ideas, inventions and discoveries have a starting point,” Black read from the resolution, “and it is notable and appropriate that Mercier Orchards be recognized as one of the first and certainly as a demonstrated leader in Georgia’s multi-million dollar agritourism industry. And the state of Georgia and countless Georgia agritourism operators owe a debt of gratitude to the Mercier family for their leadership.”

President of the Fannin County Chamber of Commerce Jan Hackett spoke of the impact of Mercier Orchards on Fannin County. Hackett joked that her husband once said, “The Merciers are kind of like the Kennedys of Fannin County.” 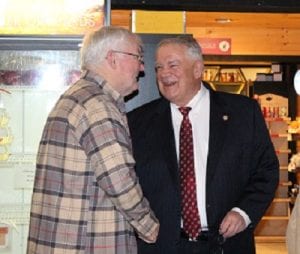 Speaker of the Georgia House of Representatives David Ralston, right, came to celebrate with the Mercier family.

On a serious note, Hackett spoke of the adaptation to change that Mercier Orchards has displayed in its long history of business. She noted that Merciers was the Fannin County Chamber of Commerce Business of the Year in 2010.

“Mercier Orchards is one of the county’s most successful businesses,” Hackett stated to the crowd,”one that brings hundred of thousands of visitors and shoppers to Blue Ridge and Fannin County every year.”

David Ralston, speaker of the Georgia House of Representatives, presented a resolution that was recently passed in the Georgia General Assembly.

“Those of us who have lived in Fannin County for a while and knew Bill and Adele Mercier are better for having that experience,” Ralston began.

“Mercier Orchards enjoys the distinction of celebrating the 75th anniversary of its founding,” Ralston read from the resolution. “This outstanding company has grown from its humble beginnings in 1943 to become one of the leading orchards in this country.”

The Mercier family was present as well to celebrate with friends and family. Tim Mercier, son of founders Bill and Adele, as well as current CEO of Mercier Orchards, joked about the history of the establishment: “My mother’s philosophy was if she didn’t do it herself, it didn’t get done right. My dad’s philosophy (was), if you can’t hire it out, the hell with it.” 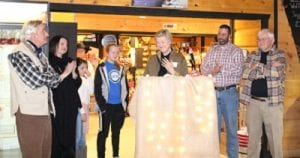 The Mercier family gave a heartfelt thank you to all of their supporters throughout the years.

Judge Amanda Mercier, granddaughter of Mercier Orchards founders, also joked, “My family believed that work ethic started the second you were basically born, and if anybody knew my grandmother, you know that.”

Amanda Mercier spoke of growing up as a child and working at the orchard: “I used to joke that I was going to grow up to be a child labor lawyer. I got real close.”

An emotional thank you came from Helen Mercier, daughter of Bill and Adele, who said, “My mom and dad would be so proud to see all of you here, to see these guys (indicating fellow family members and employees of Mercier Orchards) and see what a great job they have done. Thank you.”

Guests enjoyed live music from the Wolf Creek Bluegrass Band and cuisine provided by Mercier Orchards as they celebrated into the evening. Mercier Orchards will continue the festivities all year long with special events to commemorate 75 years of business.

In a special meeting this morning, the Fannin County Board of Education passed its tentative budget for FY13. END_OF_DOCUMENT_TOKEN_TO_BE_REPLACED

Superintendent Mark Henson said showed concerned about the recent SPLOST report during this month’s Board of Education meeting. END_OF_DOCUMENT_TOKEN_TO_BE_REPLACED 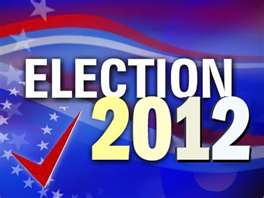 Incumbent Commission Chair Bill Simonds found himself defending his record last Thursday night as he fought for reelection against five other candidates in a public forum. END_OF_DOCUMENT_TOKEN_TO_BE_REPLACED

Blue Ridge Community Theatre President and Post One Commissioner Candidate Joe Webb voiced his criticism of the process of amending the Alcohol Ordinance this week. END_OF_DOCUMENT_TOKEN_TO_BE_REPLACED