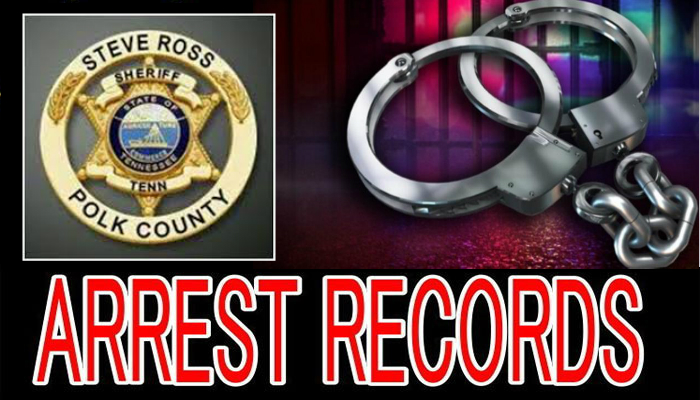 Arrest report provided by the Polk County Sheriff’s Office with images.  The Georgia Open Records Act (O.C.G.A. 35-01-18) allows for FetchYourNews.com to obtain and post the arrest records of any and all individuals arrested in Polk County. Those arrests are posted on FetchYourNews.com for viewing pleasure. Please remember that all individuals listed have been arrested and charged, however, they are presumed innocent until guilt has been proven in a court of law. 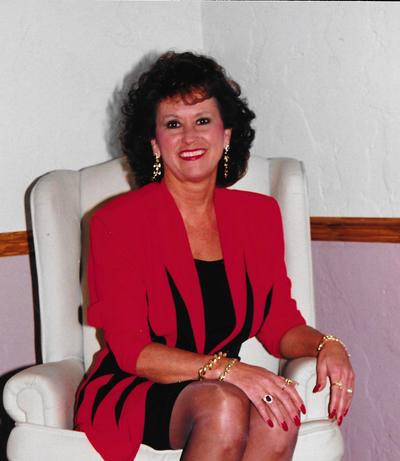 Linda Alice Mitchell, age 74, of Blue Ridge, GA passed away Tuesday, February 11, 2020. Ms. Mitchell was born on October 17, 1945 in Oak Ridge, TN to the late Claude Falls and Ruth Hawkins Falls. She worked in the local banking industry and was also a preschool and kindergarten teacher for a number of years. Ms. Mitchell was a member of the First United Methodist Church of Copperhill, TN.

Funeral services will be held Saturday, February 15, 2020 at 11:00 a.m. from the Akins of Blue Ridge Chapel with Charlotte Sisson officiating. Eulogies will be by Lisa Adkisson and Kathy Silvers. Pallbearers will be Jeff Clabough, Craig Foster, Butch Gibson, Eric Silvers, Chris Clabough, Daulton Foster, and Conner Clabough. Interment will follow in Crestlawn Cemetery. The family will receive friends at the funeral home Friday evening from 4:00-7:00 p.m. In lieu of flowers, donations in memory of Linda may be made to the Tommy Mitchell Scholarship Fund c/o First United Methodist Church P.O. Box 538 Copperhill, TN 37317. Condolences may be sent to the family online at akinsfuneralhome.com. Akins Funeral Home of Blue Ridge is in charge of arrangements. 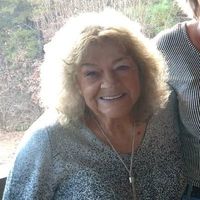 Ora Lee Townson, age 78, of Murphy, passed away on Tuesday, February 11, 2020. She was born on February 12, 1941 in Andrews. She is preceded in death by her husband, L.J. Townson; daughter, Annette Townson; and mother, Frances Louise Haney.

Graveside services will be conducted on Thursday, February 13, 2020 at 3:00 PM from the Mount Zion Baptist Church Cemetery in Blairsville with Rev. Nathan Chancey officiating. Ricky Townson, Richard Grzelewski, Brandon Beavers, and Robbie Barfield will serve as pallbearers. The family will receive friends at the funeral home on Wednesday evening from 5:00 PM until 7:00 PM. Condolences may be sent to the family online at www.akinsfuneralhome.com. Akins Funeral Home of Copperhill is in charge of the arrangements. 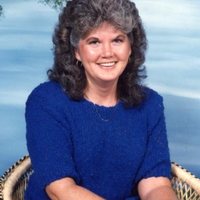 Frankie Lafaye Worley, age 70 of Cherry Log, passed away on February 10, 2020. She was member of the Helping Hand Fellowship Church. Frankie had worked for Pilgrim’s Pride in Ellijay, GA until her retirement. She was preceeded in death by her parents Charles H. and Carzelle Payne Coleman; and one brother, Harvey.

Funeral services will be conducted on Thursday, February 13, 2020 at 2:00 p.m. from the Akins Funeral Home of Blue Ridge Chapel with the Rev. Denny Hawkins officiating. Interment will follow in the Helping Hand Fellowship Church Cemetery with the following gentleman serving as pallbearers, Michael Coleman, Kevin Coleman, Johlon Coleman, Donnie Coleman, Steve Holloway, and Wayne Johnson. The family will meet with friends at the funeral home on Thursday from 12:00 p.m. – until the service time of 2:00 p.m. Condolences may be sent to the family online at www.akinsfuneralhome.com. Akins Funeral Home of Blue Ridge, GA is in charge of the arrangements. 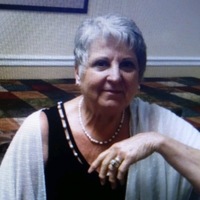 Karen Elizabeth Cantrell, age 65 of Blue Ridge, passed away on February 9, 2020. She enjoyed being a homemaker and loved working in her flowers. She was a member of the New Life Fellowship Church. She was preceded in death by her father, William Newton and grandson, James Cantrell.

Funeral services were conducted on Wednesday, February 12, 2020 at 11:00 a.m. from the Akins Funeral Home of Blue Ridge Chapel with the Minister Shannon Spurling officiating. Interment followed in the Patterson Cemetery with the following gentlemen serving as pallbearers, Trey Beckett, Perrin Farien, Lee Logan, Jared Brasher, Jeremy Smith and Justin Emslie. For those desiring, memorial contributions may be made to help defray final expenses. Condolences may be sent to the family online at www.akinsfuneralhome.com. Akins Funeral Home of Blue Ridge was in charge of the arrangements. 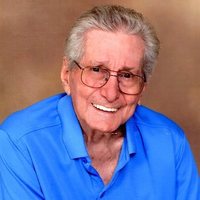 Leonard Daniel “Dan” Underwood, age 89 of Blue Ridge, GA, passed away on February 9, 2020 in the Brian Center Health and Rehab in Canton, GA. He was born on July 4. 1930 to the late William C. and Bernice P. Sprayberry Underwood. Dan was a veteran of the United States Army where he proudly served his country during Korea. He had attained the rank of Corporal and received the Korean Service Medal with three Bronze Service Stars. He had worked many jobs in his lifetime to support his family. He worked for Chastain Funeral Home in Blue Ridge doing funeral home duties and driving an ambulance. He later worked for Akins Funeral Home before his final retirement. He also had sold insurance products, owned a gas station, mechanic work, drove a school bus just to name a few. He worked for the Ducktown Banking Company where he served as Bank Branch Manager. He served as a Deacon of Temple Baptist Church where he attended for many years.. He also served as past Master of Blue Ridge Lodge # 67 F&AM and was also past President of the Copperhill Kiwanis. Dan was preceded in death by his wife, Billie Jean Howard Underwood; brother, William Underwood III; sisters, Francis Ransdell, Beth Brown, Bernice Harper; and one son-in-law, Ronnie Weaver. 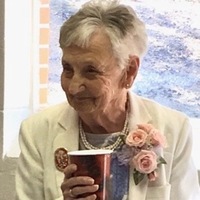 Mrs. Louise Beatrice Sparks, age 94, of Blue Ridge, GA, passed away on February 13, 2020 in the Cameron Hall in Canton, GA. Born at her residence on February 12, 1926, she was the daughter of the late Henry Parker and Alma Celia Williams Phillips. Mrs. Sparks was a devoted member of the Barnes Chapel Baptist Church. She loved camping and being outdoors, and loved being with her family. She had previously worked for Harbor Road in Blue Ridge. Her husband, Mr. Cleaston Sparks also precedes her in death.

Funeral services will be conducted on Monday, February 17, 2020 at 3:00 p.m. from the Akins Funeral Home Chapel with Rev. Harold Weeks officiating. Interment will follow in the Damascus Baptist Church with the following gentlemen serving as pallbearers: Wesley Sparks, Drew Sparks, Tony Todd, Jerry Pack, Julio Ruiz and Speck Callihan. The family will receive friends at the funeral home on Monday, prior to the service from 1:00 p.m. until the 3:00 p.m. Condolences may be sent to the family online at www.akinsfuneralhome.com. Akins Funeral Home of Blue Ridge, GA is in charge of the arrangements 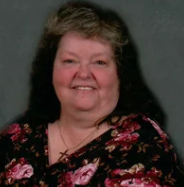 Mrs. Eva Mae Adams, age 65, of Murphy, NC, went home to be with the Lord on Wednesday, February 12, 2020. She was born on January 12th, 1955, in Clay County, NC, to the late Jake & Clara Belle Walker Trout. She worked at Moog for thirty-plus years and was a loving wife, mother, sister, and friend. Eva loved everyone she came in contact with and always placed other people’s needs ahead of her own. She goes on to be with her parents, as well as her two brothers, Junior Trout and Bobby Ray Trout and sister Wanda Kay Trout McTaggart. She will be remembered by all who knew her, but especially missed by her husband, Vernon Adams; son Kevin Adams; sister, Faye (Donald) Teems; and brothers, JC (Joyce) Trout, and Arnold (Nancy) Trout. Also sharing in her legacy are several nieces and nephews, as well as, many wonderful friends.
Funeral services will be held on Saturday, February 15, 2020, at 2:00 pm from the chapel of Cochran Funeral Home of Murphy, with Rev. Clark Moss officiating. The family will receive friends from 12:00 pm until the service hour at the funeral home. Shane McTaggart, Dwayne McTaggart, Alan Morgan, Wesley Morgan, Corey Teems, Michael McGaha, Steve McDonald, and Dale Fleming have been selected to serve as pallbearers.
Cochran Funeral Home of Murphy is honored to be serving the family.