FANNIN COUNTY, Ga – Fannin Board of Commissioners called an emergency meeting on Tuesday, March 24 to discuss declaring a COVID-19 related state of emergency.

If the county declares a state of emergency, then it has the power to determine essential and non-essential businesses, restrict lodging providers, and issue a shelter in place directive.

The restriction of lodging was a point of discussion due to the influx of out-of-towners into Fannin County since the COVID-19 outbreak in Georgia. Currently, the only restricted areas for lodging under 10 individuals in Georgia are Jekyll, St. Simmons, and Tybee Islands, according to County Attorney Lynn Doss. However, counties can close rentals that house more than 10 because it violates the nationwide mandate. 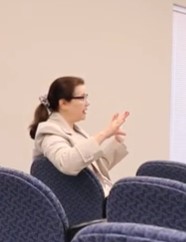 Doss explained the ins and outs of a state of emergency.

Doss said, “You have to have some lodging available if you’re going to have commercial traffic through here. I’m talking about the truckers coming in that might need to spend the night that brought in stuff to the hospital. I’m talking about utility workers that might be here. In a pandemic, it’s not like a tornado, where trees went down, but you still have to have lodging available.”

Post Two Glenn Patterson asked if individuals like that could show their license to prove why they’re in the community. This could hopefully be a way to identify tourists coming into the community.

“We cannot restrict travel,” stated Doss. “I’ve talked to no one who understands how a county government is restricting travel on a federal highway.”

The commissioner’s decision applies to the unincorporated areas of the county only, not Blue Ridge, McCaysville, or the schools.

“I’ve noticed since Friday is a huge number of out of town plates. State plates, but southern counties, neighboring counties,” stated Post One Earl Johnson. “I know my concern is all the people, they may be fleeing from these larger cities to maybe get to a less populated area. They’re still using our facilities, our grocery stores, EMS, and police force. It’s a sticky situation in my opinion. My idea would be how to try and convince people to stay where they’re at like we’ve all been instructed to do.”

He also asked how the county could enforce the declaration and stop people from renting out homes during this time.

The county has approximately 1,400 rental cabins and 4,500+ second homes, so if the county closes all of those to rentals, the owners can still come in to occupy it. However, it will be difficult to determine if the people in these cabins and homes are the owners or renters at first. The county wouldn’t know for certain until next quarter when the rental tax return comes out.

Restricting rentals all goes back to the property owners because they are ultimately responsible, not the property management company.

“I hate it’s going to hurt our economy, but the opposite of that is to save lives,” Patterson articulated.

Fannin County’s health system can’t support an extra 4,000 or more people according to Doss. She also said that the hospital could handle one to three cases without a ventilator. The Fannin Board of Health wants everyone to “actively discourage travel” at this time.

Chairman Stan Helton asked how the commission can create an easy-to-understand document that everyone can access and abide by.

“Right now, we just don’t know what people are bringing into the cabin or maybe have brought. You can talk about rental cabins; well you have folks that probably may come up here and think it’s a good time to buy property up here. They’re anticipating the market to go the other direction. How do you address that as well? I don’t have an answer. I guess I just have questions, said Helton. “From what I’ve heard at this point, if we can do something that’s very effective for two weeks, that might not eliminate what can get in here, but it may keep the numbers down.”

Tourist activities could be prohibited during a state of emergency. Peak tourism season is around June and judging from President Trump’s recent statement’s the country will be back to work by that time.

“People live in this county and work in Atlanta. Obviously, we can’t disturb that. Do we have any thoughts about asking people to not vacation at other places that run the potential to bring something back here? I don’t think we should fine people for something like that,” inquired Helton.

Doss replied that if a shelter in place is issued then people shouldn’t be visiting other cities unless it’s an emergency like a family member being taken to Emory in Atlanta.

“If we can’t educate our kids right now, we can’t worship however, we choose to, I think it’s very reasonable we cut out our tourist right now,” declared Johnson.

Under a state of emergency, the ultimate authority rests with EMA/EMS Director Robert Graham. It doesn’t supersede the daily operations of the tax commissioner, clerk of court, or anything that comes under the board of commissioners or chairman. Graham could order the courthouse closed or implement a curfew. A state of emergency also opens the doors to federal funding if the President issues a declaration.

If the federal or state government rescinds their states of emergencies, then Fannin’s would automatically end.

Fannin can add to a state of emergency if needed at a later time. The board can also do business by teleconference.

“We’re not trying to hurt any business, but we have to take some kind of measure to protect the people that live here all the time,” stated Johnson.

“I do know in our community there’s a lot of anxiety and a lot of fear. We don’t want that to turn to panic. We want to come up with measured responses that are effective but also give people peace,” Helton affirmed.

The Board of Commissioners is expected to declare a state of emergency at 4 p.m. on Wednesday, March 25.