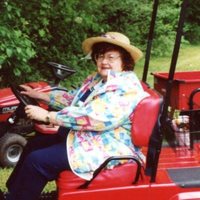 Mrs. Betty Lue Zielke, age 81, of Blue Ridge, GA, passed away on October 22, 2019 in Blue Ridge, GA. She was born in Iva, SC on November 4, 1937 to the late George Emory and Christine Worley Turpin. Betty was an engaging woman with an outgoing personality. She was a loving wife, mother and homemaker who had the opportunity to stay at home and raise her two children. During that time she even served as the team mother for Little League Baseball and was the umpire as needed. Betty was an avid Baseball Fan who had acquired a collection of Baseball Cards of about 10,000. She had the opportunity to travel with her husband all over the world; making lifelong friends in France, Italy, Switzerland, Denmark and Sweden. Betty will be missed by so many.

Funeral services will be conducted on Sunday, October 27, 2019 at 2:00 p.m. from the Akins Funeral Home Chapel with Dr. Tom Jordan officiating. Interment will follow on Tuesday, October 29, 2019 at 11:30 a.m. from the Georgia National Cemetery in Canton, GA. The family will receive friends at the funeral home on Saturday, October 26, 2019 from 5:00 p.m. until 9:00 p.m. Condolences may be sent to the family online at www.akinsfuneralhome.com. Akins Funeral Home of Blue Ridge, GA is in charge of the arrangements.