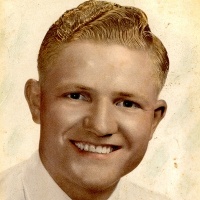 Carroll Gene Pelfrey, age 88, of Blue Ridge, passed away on Tuesday, August 28, 2019. He was born on February 24, 1931, in Fannin County, to the late Charlie Dread Pelfrey and Della Daisy Brown Pelfrey. He was a member of Mt. Zion Baptist Church, where he also served as a Deacon. He worked as a Rigger for Babcock and Wilcox. He is also preceded in death by his wife, Cleo Payne Pelfrey; son, Rockford Pelfrey; siblings, Charles Pelfrey, Joe Pelfrey, Reathel Burgess, Margie Franklin, William Pelfrey, Calvin Pelfrey, and Christine Byram.

Funeral services will be conducted on Friday, August 30, 2019 at 1:00 PM from the Akins Funeral Home of Blue Ridge Chapel with Rev. Gerald Payne officiating. Music will be provided by Teresa Nelson. Interment will follow in the New Canaan Baptist Church Cemetery witth Steve Hedden, Ronnie Thomas, Lonnie Pelfrey, Tommy Payne, Jimmy Payne, and Carl Franklin serving as pallbearers. The family will visit with friends at the funeral home on Thursday Evening from 5:00 PM until 9:00 PM. Condolences may be sent to the family online at www.akinsfuneralhome.com. Akins Funeral Home of Blue Ridge is in charge of the arrangements.