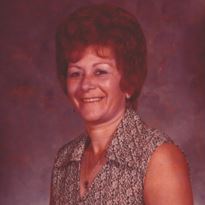 Mrs. Rhodes was a member of Sugar Hill Baptist Church but attended Wilscot Baptist Church. Mrs. Rhodes was a wonderful Mother, Grandmother and Great-grandmother. She loved her Lord Jesus, family, friends and her flower gardens. She also loved her fur child, Minnie, who was always by her side. Her favorite hobby was quilting but she also enjoyed dancing and her friends at the Morganton Music Park. The funeral service for Mrs. Rhodes will be Thursday, May 9, 2019, at 2:00 p.m. in the chapel of Henry-Cochran Funeral Home, Blue Ridge, with the Rev. Eric Davenport officiating with music by Natasha Davenport and Joyce Slaughter. Interment to follow at Sugar Hill Baptist Church Cemetery, Highway 60, Morganton, Ga. The following gentlemen to serve as pallbearers: Chris Chambers, Dakota Chambers, Austin Chambers, Adam York, Conrad MacArthur, and James Chambers. Honorary Pallbears are Hal Painter, Larry Tankersley, Jr. Ronnie Tipton and Pierson Archer.