Director of Public Works Zack Ratcliff approached the Fannin County Board of Commissioners with updated grant money estimates from GDOT for road improvements. 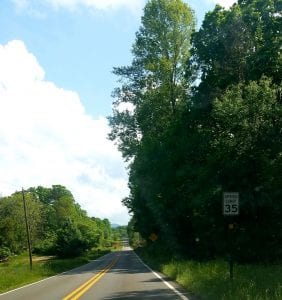 GDOT’s Local Maintenance and Improvement Grant (LMIG) goes toward improving roads and bridges in the county. The organization gave Fannin County $664,195.59 to lay new asphalt. The amount increased by $4,000 from 2018.

The estimated total for the paving project is $1.5M, which includes the grant with a 30 percent match required from the county. It would be paid out of the roads and bridges SPLOST.

The project is now out to bid according to Georgia’s guidelines. The acceptance of bids will run for a couple of weeks, and the paving should start around the first of June.

Commissioner Earl Johnson said, “He is glad of the amount that we’re receiving from the state.”

Next, GDOT’s Safety Assistance Program, part of LMIG, is providing funds for striping of county roads. The grant is for $69,000 with the county providing a 30 percent match for a total of $89,700. 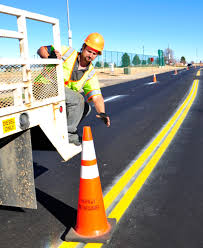 Thermal Plastic will be used for the restriping in the county.

Chairman Stan Helton added, “We have to do this according to their standards, which is pretty exacting and pretty expensive, but it’s still worth it since they’re giving us this kind of money.”

“This comes out to $8,800 per mile, and we’re looking at ten miles,” Post Two Commissioner Glenn Patterson contributed.

This restriping will be eight miles of Aska Road and two miles of Old 76. These roads were chosen by GDOT. The material used will be thermal plastic. It’s heated up to 400 degrees and sits on top of the pavement. The plastic’s more durable than water-based paint typically used by the county and can last up to three times as long as paint.

Post One Commissioner Earl Johnson clarified that striping season only lasts for five months out of the year, and weather will wear striping off the road. Ratcliff added that striping can’t be laid in unfavorable conditions.

“You can go on some state roads right now and it’s hard to see the yellow line. It’s just the nature of the business, and the only way to take care of that is restriping every year. And no one can afford that. At all times, some of our road striping is going better than others and that’s why. It’s just not cost effective to restripe every road every year,” said Johnson.