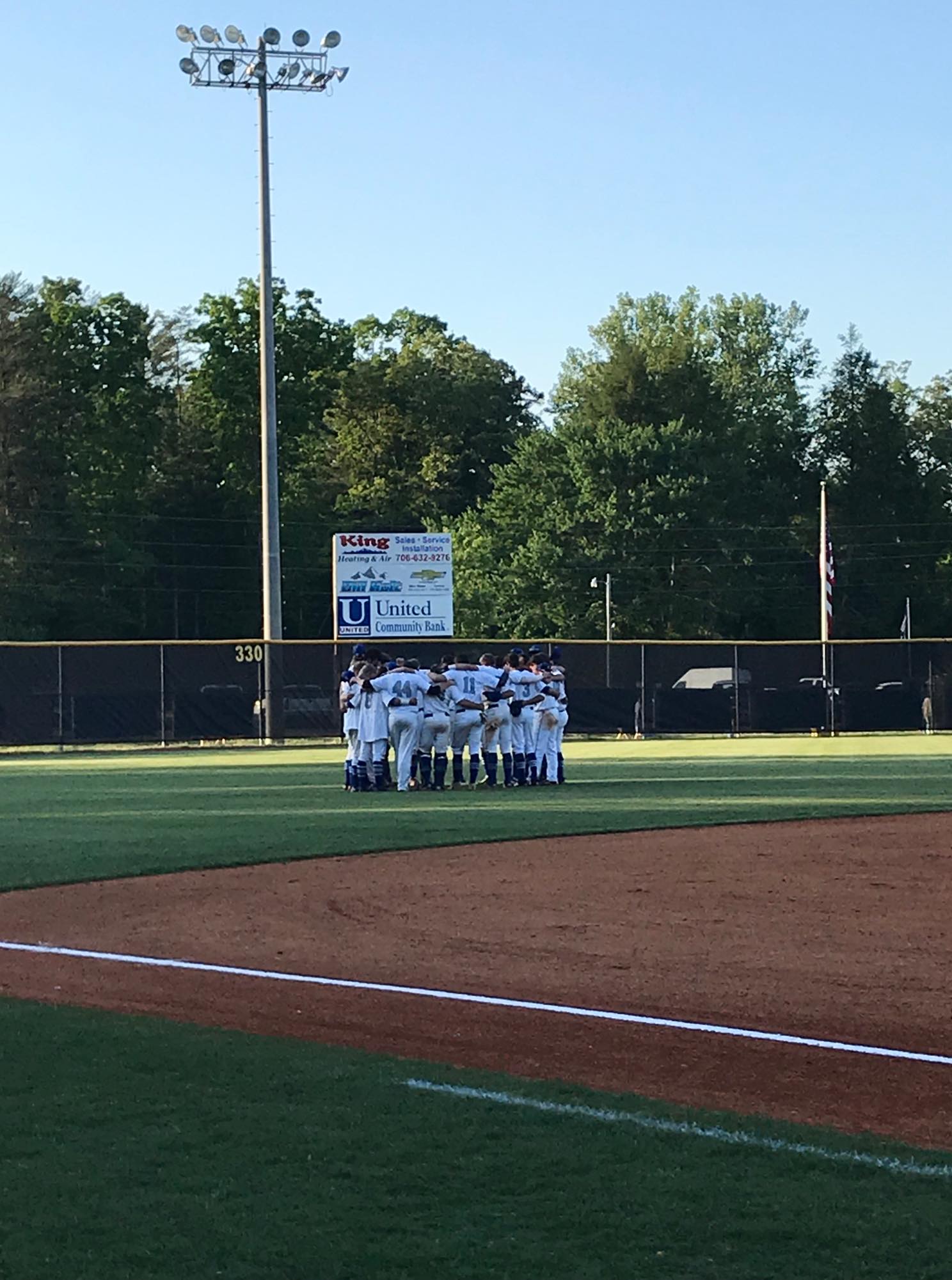 This past Thursday, the Fannin County Rebels baseball team took on the Pike County Pirates to finish out the Elite Eight and determine who would be moving on to the Final Four. The night before, Fannin lost their first game 6-1 as they won the second 9-0. The Rebels had already made school history by making it to the Elite Eight and hoped to take it a step farther by earning a spot in the Final Four.

Each team wanted the win and you could tell by their performance on the field. Fannin started the game on offense where they had good hits, but were unable to score any runs. On defense, Matthew Shirah took the mound for the Rebels and struck out six batters overall.

It was a back and forth game where both teams played a solid defense. Gabe Buchanan had hustle at third base as he dove to stop balls while Jerritt Holloway had great throws behind the plate to get runners out on steals. Even though Fannin had great hits, Pike was just as determined to get outs. Shirah hit a hard line drive back to the pitcher for him to make a great first out.

Things began to turn around in the fifth inning. After being tied 0-0 for four innings, the Pirates finally made their mark on the scoreboard. They began to get hits down in the field as Pike made a hit to left field that advanced a runner on base home to put the score at 1-0.

Pike’s energy was high as they kept up their intensity on defense. They had a quick three up and three down outs to put them back on offense for another chance to score. As Fannin took the field in the sixth inning, Blake Rogers went in to pitch for Shirah. Pike took advantage of the change in speed as they got runners on base and closed out the inning by bringing in another run, extending their lead 2-0.

The tension was high as Fannin went up to bat in the seventh inning. It was their last chance to make something happen to be able to move on to the Final Four. Although they fought in the box, the Rebels were unable to get their hits down to score any runs. Pikes 2-0 victory put them competing in the Final Four the week to follow. As Pike earned their third out, they all rushed the mound in celebration while the Rebel fans in the stands shared tears and gave Fannin one last round of applause.

The Rebels have played a great season and have been the picture of a perfect team along the way. They have come so far by making it through the Sweet Sixteen to competing in the Elite Eight for the first time in Fannin Rebel baseball history. Through the tough losses on and off of the field, they were always there for eachother and persevered. Congratulations to the Rebels for an amazing baseball season!