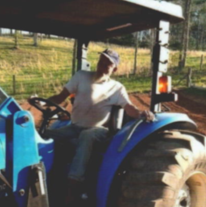 Larry Lord, age 70, of Morganton, passed away Friday, March 1, 2019. Born August 10, 1948, in Morganton, GA to the late Frank Lord and the late Ruby Hayes Lord. He was a US Army Veteran serving during the Vietnam Conflict, and a cattle farmer. Mr. Lord was preceded in death by father, Frank Lord, mother, Ruby Lord, infant brother, Marvin Lord, sister, Lynda Brookshire.

Services times are incomplete
Interment will be in Concord Baptist Church Cemetery.