Notice: Trying to get property 'ID' of non-object in /home/fetchyournews/public_html/wp-content/themes/newsmix-2.0.2/functions.php on line 244
 Bizarre trial ends with 55 year sentence for armed robber | Fannin
Home

Blue Ridge, Ga. – In what might be remembered as one of the most bizarre trials to be held in Fannin County in 2019, a jury has found 22 year old Hamond Mormon guilty and Appalachian Judicial Circuit Superior Court Judge Brenda Weaver handed down a 55 year sentence in the case.

Mormon, along with his mother Melisse Mormon (aka Melisse Marmon) and cousin Rashad Morman, were accused in the Labor Day 2017 armed robbery of the AT&T store located off of Scenic Drive. 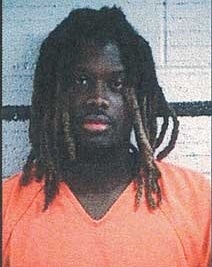 Hamond Mormon was found guilty on 14 counts and sentenced to 55 years.

According to law enforcement statements, as well as surveillance footage from the store, Rashad and Hamond entered the store, both armed, and forced employees to hand over cash, personal belongings, and cell phones.

Melisse waited outside for the two to return and drove the getaway vehicle. The resulting chase between the trio and law enforcement involved speeds over 100 mph and only ended when Fannin County Sheriff’s Office Sgt. Jacob Pless disabled the suspects’ vehicle through use of a PIT (Pursuit Intervention Technique) maneuver.

A jury made up of 6 men and 6 women, with a female alternate, listened the state’s argument presented by Appalachian Judicial Circuit District Attorney, B. Alison Sosebee and watched the antics of Defendant Hamond Mormon unfold for several days.

Mormon made his intentions known to the court that he would be defending himself and opted out of representation by a public defender.

Mormon also exercised his right to declare Sovereign Citizenship, a move that has repeatedly been struck down by higher courts and considered an invalid claim.

According to the Federal Bureau of Investigation, Sovereign Citizens “believe that even though they physically reside in this country, they are separate or “sovereign” from the United States. As a result, they believe they don’t have to answer to any government authority, including courts, taxing entities, motor vehicle departments, or law enforcement”.

One of papers filed by Mormon to Judge Weaver and District Attorney Sosebee states: “As a true flesh and blood American and sovereign citizen, I refuse to participate in any colorable law schemes or practices”.

The first several days of the trial were anything but normal for members of the jury to witness and court staff to accommodate. Mormon, representing himself, would often refuse to acknowledge Judge Weaver as she gave explanations of court proceedings to ensure that he was aware everything that was going on.

Mormon also refused to wear clothes to court and instead sat in the courtroom cloaked in a blanket. Despite his seemingly odd behavior, an extensive mental evaluation was performed by the Georgia Department of Behavioral Health and Developmental Disabilities and found Mormon to be of sound mind and competent to stand trial.

On the day of closing arguments, Mormon refused to come to the courtroom all together, and Judge Weaver was putting her foot down as well stating that if Mormon did show he would be required to wear clothing.

Sosebee presented her closing argument to the jury and reminded everyone: “The State of Georgia is not required to prove the guilt of the accused beyond all doubt or to a mathematical certainty. It has to be a reasonable doubt.” Sosebee added to this, “We have in fact carried that burden.”

With Judge Weaver reminding the jury that Mormon’s behavior in the courtroom is not indicative of guilt and that the jury should only consider the evidence presented in the case, the 12 member (plus an alternate) was dismissed for deliberations.

Deliberation only took 21 minutes before the jury informed the court that they had reached a verdict in the case. The foreman stood and read a verdict of guilty on all counts. Weaver polled each jury member individually to ensure that each member had in fact reached this unanimous decision.

“This has been a little bit of an unusual trial,” Judge Weaver spoke directly to the jury before their dismissal, “I appreciate your patience with us.”

After the jury left the courtroom, Fannin County Sheriff’s Office Lt. Todd Pack was once again tasked with inquiring as to whether Mormon would like to enter the courtroom. Mormon had previously declined Pack’s offer for closing arguments and then again for the reading of the verdict.

Declining for a third time to enter the courtroom for sentencing, according to Pack, Mormon stated, “You are sentencing an artificial being. My name is not Hamond Dontel Mormon. I am not who they say that I am.”

Before handing down the sentence Weaver addressed her feelings on the case involving Mormon, “I guess of the three defendants I have a little more sympathy for him because of his background…than I have for the others.”

Weaver went on to explain that after having read Mormon’s evaluation by the state and given the details of his past that she felt “he never really had a chance”.

Mormon received a total of 55 years to serve 50 of those years in prison. A breakdown of the sentencing is as follows: