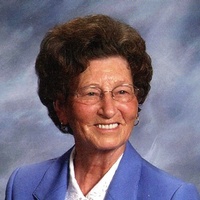 Betty Jean Mitchell, age 84, of Blue Ridge, passed away on Wednesday, January 30, 2019. Born on July 8, 1934 in Blue Ridge, GA, she was the daughter of the late Henry and Stella Panter Kendall. She was a member of Temple Baptist Church. She retired as a Sewing Machine Operator for Levi Strauss. Mrs. Mitchell is preceded in death by her husband, Charles Edward Mitchell; and one sister, Violet Kendall; and two brothers, Larry and Von Kendall.