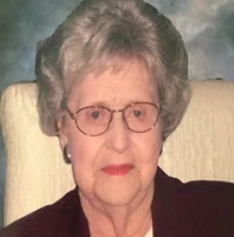 Eileen G. Larue, age 93, of Blue Ridge, GA , passed away Friday, January 4, 2019, at Pruitt Healthcare. Ms. Larue was born January 6, 1925, in Martins Ferry, OH, to the late Robert McAbee and Erma McFarland-McAbee. She attended the North Cobb Church of Christ in Acworth, GA. She was preceded in death by her mother, father, husband Elmer Larue, her daughter Randy Kay LaRue, and her infant son.