Fannin County Economic Development Executive Director Christie Gribble explained the importance of implementing a Broadband Ready Ordinance in Fannin to those in attendance. She’s been in charge of finding resources and plans to help the county become attractive for broadband internet expansion.

Around 20 communities in Georgia have already ratified a Broadband Ready Ordinance.

The proposed ordinance would propose a project timeline, point of contact, permitting, right of way, and sets fee limits for a broadband network project.

The single point of contact was established as Marie Woody, the Department Head of Land Development, because the office deals with permitting. The county must respond to the request within 10 days and the fee is set under $100.

Those most likely to apply for a broadband service permit are telecommunications providers like ETC or BRMEMC.

The broadband expansion will likely be in-ground internet lines or wireless.

“In an ideal world, this ordinance would be for reliable internet service…5G isn’t really reliable that’s not to say that there’s not a company out there that wants to do something for Fannin County. But the ordinance and our plan with what we’re doing and the state of Georgia is to provide reliable internet at certain speeds which would be wired service versus 5G,” Gribble explained.

The goal internet speed is 25 megabits (MB) per second download and 3 MB per second upload.

If Fannin County determines an application is not complete, then it must inform the applicant of all incomplete areas with a checklist and provide the applicant 40 calendar days to make changes from the date of application. If the applicant does not respond within 40 days, it is deemed canceled.

If a joint meeting is necessary, it must occur within 50 days of notification and it must include where the work will take place, who Fannin County can contact for information, when the work will be conducted, and what type of work will be performed. Following the meeting, the county has 10 days to approve or deny the application.

Any approved application will be valid for six months.

It depends on the utility service if they want to install broadband internet, so the county’s trying to make installation as simple as possible. No guarantees are being made at this time about broadband access being expanded in the county.

“It took extra effort and stimulus to get electrification to the rural areas because there’s not many customers there, so the companies have no incentive to put it out there. There needed to be a little boost where the government and private entities worked together,” Lugthart related.

The state of Georgia and communities are now implementing a similar strategy and establishing goals and addressing enhancing quality of life with faster internet speeds.

A second public hearing will be held on the broadband ordinance on July 27. 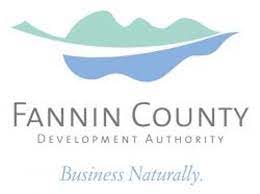 Fannin Economic Development Updates
Internet needs:
Please take under 5 minutes to help Fannin County with a survey related to internet service at your home in Fannin (or in close proximity to Fannin, such as Cherry Log). This survey data will help determine areas of the county with the greatest need for improved internet (ie high-speed internet service from Blue Ridge Mountain, TDS, or ETC). Click here to complete the survey. Please share this survey with employees, friends, and family.
Upcoming Webinars:
Upcoming webinars through the Small Business Development Center (SBDC) can be found here. A few topics include: Access to Capital, Quickbooks, and Financial Statements. As a reminder, the SBDC provides tools, training, and resources to help small businesses grow and succeed. Contact information for our local office can be found here.
Unemployment:
Effective 6/26/21, Georgia is no longer participating in the Federal Program American Rescue Plan Act of 2021 (ARPA). We hope that you start to see a return of employees to the workforce. Click here for a full guide to unemployment changes.
Contact:
Christie Gribble
(706) 632-4450
[email protected]
Economic Development Fannin County internet unemployment webinars 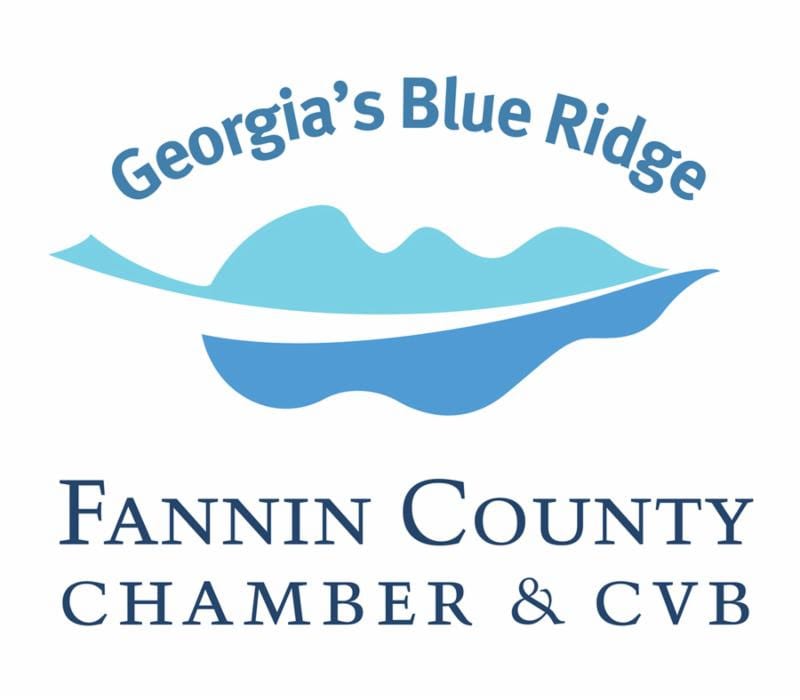 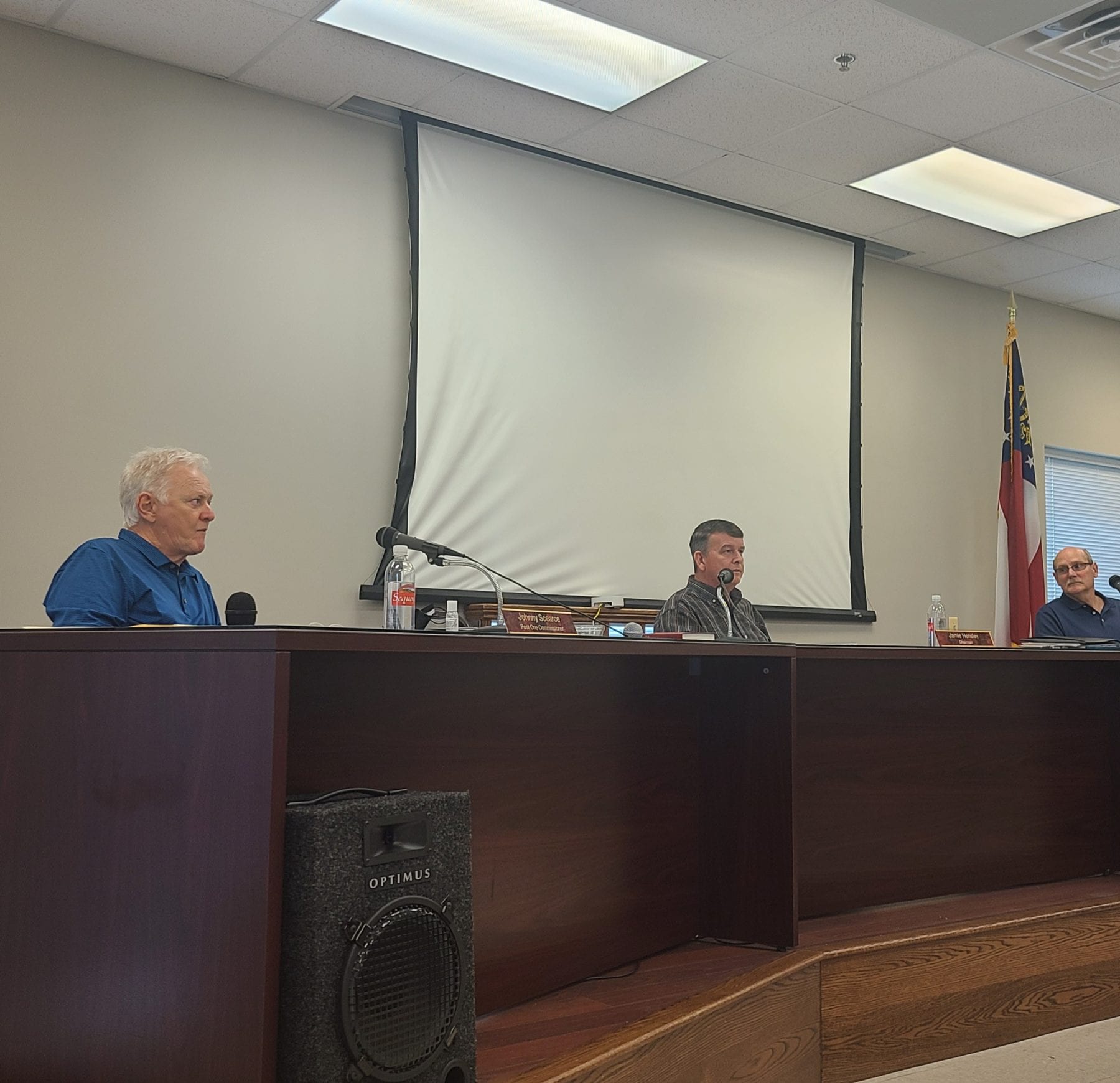 Executive Director of the Development Authority Christie Gribble presented a path to hopefully providing Fannin residents with broadband services. She also remarked the Community Affairs map might not be entirely accurate, but it’s better than the previous FCC map that had most of Fannin served.

“Why am I doing all this? I get calls. You probably get calls from people all the time. They have bought a cabin and they can’t do work in their home because the internet’s not good. There are a lot of components to why certain homes don’t have internet,” Gribble stated. 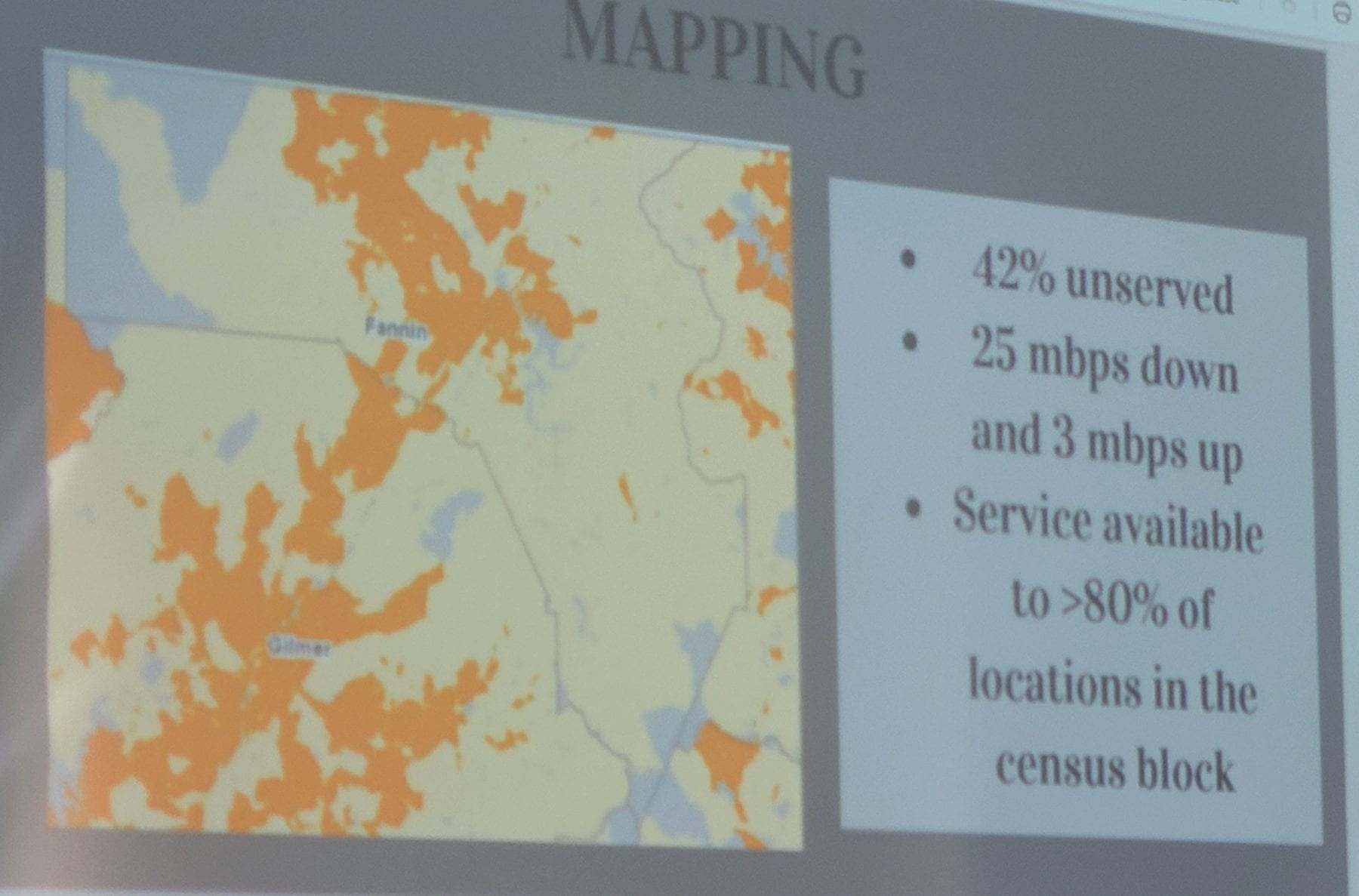 To become eligible, the county must adopt a model ordinance and amend the five-year regional commission comprehensive plan. After Fannin can apply to be designated a broadband ready community.

Once defined as broadband ready, it should become easier to receive grant funds for the projects.

The Broadband Ready program asked communities to add elements pertaining to the service in its comprehensive plan.

The previous commissioner board approved the creation of the model ordinance last February and nominated Marie Woody to handle the permitting side.

“It’s basically an ordinance for a broadband network project to go through a permitting process. The idea is to streamline the process for a utility that needs to use right of way,” Gribble explained. “The whole idea is to remove obstacles if a utility wants to extent services in a community.”

Fannin can’t extent broadband on its own. The county must work with utility services like ETC, TDS, and BRMEMC. All three provide services in Fannin County. Both the county and the chosen utility company would need to decide where broadband extension made the most sense.

To apply for grant funding, a utility must commit to extending broadband as well. Gribble’s been in contact with the companies about broadband and where their representatives believe it makes sense to extend services.

The maximum grant amount is $2 million, and the cost of the project could be $4 million. The county isn’t asked to provide assets for the project, but they could. How the state will disperse funds is still being determined, but Fannin won’t move forward starting a broadband project until the state works out the grant issues.

Fannin accepted $2,543,356 in American Rescue Plans Act Funds at the June 8 meeting and broadband is one of the designated areas acceptable for those funds.

“I really want people to know…these rules and regulations have changed so much from the first time we looked at them to as recently as May 27. The only thing definite about anything is there’s nothing definite,” Chairman Jaime Hensley stated. “There were a lot of folks wanting clarity on exactly what we could use it for and what we couldn’t use it for. I do know water,sewer, broadband, and a couple of different things. I know at one point in time department of health was in there and then all of a sudden it was like hang on a minute. There’s one thing that really stands out in there and that is water, sewer, and broadband, and that hasn’t wavered.

Gribble warned, “The project may not make sense for our community. It boils down to the utility, the location, and I’m looking at, and I’ve talked to [EMA/911 Deputy Director] Patrick [Cooke] about this, are there areas in the community such as towers or fire stations that could really benefit from internet services.”

Blue Ridge and Fannin radio systems do operate off a broadband system.

However, if Fannin could benefit from a broadband project, these steps prepare the county to be prepared for the opportunity.