BLUE RIDGE, Ga – Commissioners approved moving dispatch to fall under the sheriff’s office at the June 8 meeting to go into effect July 1, 2021.

Chairman Jamie Hensley detailed how other counties operate dispatch. At a public safety case, he learned that Fannin was one of the only counties in the state where dispatch fell under the EMA, not the sheriff. ACCG recommended that the sheriff’s office oversees dispatch and Fannin’s dispatch used to fall under the sheriff.

“I saved the sheriff to last because I thought well all this was going to be for naught if he says no, but he was willing as well. He thought that was a good idea.”

Post One Johnny Scearce questioned if the cities would continue to experience the same quality dispatch service. Hensley assured him that they would and potentially an improved service.

“Basically, nothing really is going to change other than the department now falls under the sheriff’s department. There will be the same number of employees,” Hensley explained.

However, Cooke will be transitioning to a different role within the county. Hensley approached Cooke about becoming Fannin’s IT employee and grant writer. Cooke’s qualified and has written grants for Fannin previously.

“We have an IT service agreement that we pay X-amount a month for 30-hours and anything over 30 hours we’re billed $65 an hour. I can tell you since January we have been over 30 hours every month. We would be able to save that money moving forward. At times, it has been a substantial amount that we’ve had to pay. It’s not knocking anybody out of a job. We’re trying to get everything we can out of Patrick. I know he’s going to be good for this county and I feel he has some talents we haven’t tapped into.”

“It’s not knocking somebody out of the job. Why would you not utilize what you have instead of paying somebody else to do it?” Post One Johnny Scearce said. 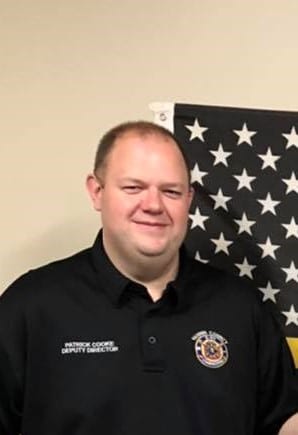 With dispatch moving underneath the sheriff, a department head is no longer needed. Kirby could appoint someone to lead dispatch him his staff. For example, the sheriff appoints an administrative lead and chief jailer.

Current 911 Deputy Director Cooke stated the move should work the same as the present system.

911 Dispatch is also in the process of upgrading its radio system and selected Gumby Communications with its telex system for the contract.

The current system had reached end of life and would no longer be serviced, so the county had to upgrade to something new. The previous system lasted 15 years.

Eight detainees started work in Fannin on Monday with one guard. Two more detainees might become available soon. Fannin County only pays for the detainees if they work and are only expected to furnish a van as well as set cost.

It’s also time to renew the contract with Colwell Detention Center. The price went up from last year to around $50,000. However, it’s only paid out if the detainees work.

Patterson asked about littering and dumping and the community. Ratcliffe confirmed that they see some dumping, but they’re finding a lot of discarded tires by the road. They plan to contact Marie Woody about it.

Paving bids came in for annual LMIG grants from GDOT and they were tabled for two weeks.

The commissioners approved renewing the cost share agreement with USDA for the Green Creek Recreational Area. The annual contract covers maintenance, and the county upkeeps the area for day use.

“It’s getting plenty of good use,” Hensley said.