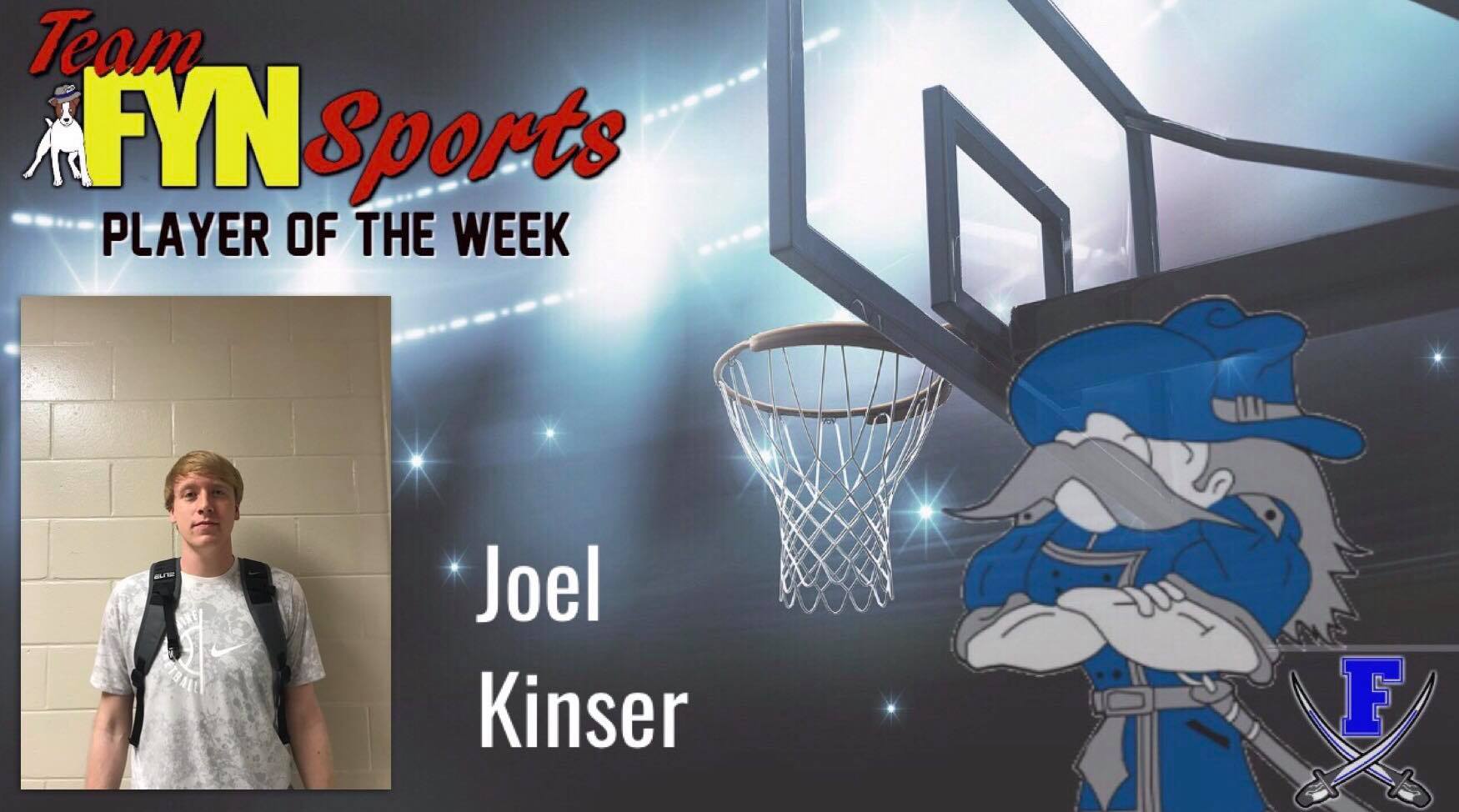 Congratulations to Fannin Rebel Joel Kinser for being FYN’s player of the week for the week of November 25. Kinser is a starting post for Fannin County High School where he has played for the past four years.

The senior has been recognized for his great performance on and off the court by the basketball team. His junior year, he was awarded with the academic award while this past year he was given the title as an All- Tournament Player in this seasons ETC tournament. Kinser’s plan after high school is to attend college somewhere and earn a degree.