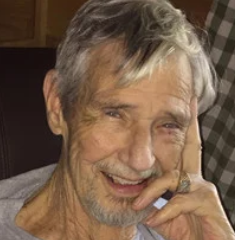 Ronald Edward Dagg, age 79 of Morganton, passed away Thursday, December 6, 2018 in Blue Ridge, GA. Mr. Dagg was born January 15, 1939 in Detroit, MI to the late John Redfers Dagg and the late Laura Barr Dagg. He served the United States Navy. Upon discharge he resettled in Detroit Michigan where he met and married his wife of 54 years, Vera. They resided in Fenton MI for over 30 years with their children on a mini farm where he enjoyed raising pigs, horses, rabbits and various other farm animals. Mr. Dagg was a member of the Escapee RV Club and the 4-H Club and enjoyed traveling in his RV. He retired from the General Motors Company and spent many years traveling full time in his motorhome with his beloved wife and their pets. He eventually moved to the Blue Ridge area six years ago from Montana. Ronald will be greatly missed by his family and friends. He was a kind and gentle man who had never met a stranger. He was preceded in death by his son, Michael Dagg of MI, and his brother, Jack Dagg of MI.

Survivors include: his wife Vera Dagg, daughter and son-in-law Heather Dagg and Tim Parker, his sister Laura Dupont, his grandchildren Joshua Dagg and Jazmin Brown, his foster children Patrick Coffey and Mark Arens, his nephews Kenny, Kevin and Kris Meyers as well as many more nieces and nephews.
Arrangements entrusted to the Henry-Cochran Funeral Home of Blue Ridge, GA. You may send condolences to the family and sign the guest register at www.cochranfuneralhomes.com. In lieu of flowers donations can be made to the Humane Society in your area or any other favorite charity.