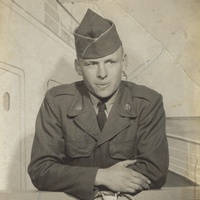 Frederick Raymond Barrett, age 81, of Morganton, GA passed away Wednesday, November 14, 2018 at Fannin Regional Hospital in Blue Ridge, GA. Mr. Barrett was born in Calhoun, GA on June 7, 1937 to the late Raymond Barrett and Alma Cook Barrett. He was retired from the Fannin County Road Department and was a United States Army veteran serving in combat of the Korean Conflict. He was of the Baptist faith and was preceded in death by an infant son, Charles Raymond Barrett, and a sister, Carmaletia Brawley.

Funeral services will be held Saturday, November 17, 2018 at 2:00 p.m. from the Akins of Blue Ridge Chapel with Rev. Tim Garrett officiating. Music will be by Renee Watkins, David Brawley, and Billy Brawley. Pallbearers will be Jade Underwood, David Brawley, Billy Brawley, Greg Rogers, Ryan McDaris, and Scott Rose. Interment will follow in the Concord Church Cemetery with full military honors provided by North Georgia Honor Guard. The family will receive friends at the funeral home Friday evening from 5:00-8:00 p.m. Condolences may be sent to the family at www.akinsfuneralhome.com. Akins Funeral Home of Blue Ridge is in charge of arrangements.