FANNIN COUNTY, Ga. – Set to take effect in September, Fannin County approved its new Alarm Ordinance in June 2022, but indicated the wrong draft in the official motion. July saw the board rectify this with a new motion indicating the intended draft of the ordinance for use.

The ordinance had noted changes between the drafts. Fannin Board of Commissioners (BOC) Chairman Jamie Hensley stated that there were originally three drafts being considered.

With 377 alarms coming to the Sheriff’s Office during 2022 in Fannin County at the end of June, the county, Hensley said only two of the alarms “were legit.” One of the major changes noted in the meeting was that alarms without verification will not see law enforcement dispatched to locations. Hensley read the highlighted change stating, “The alarm activation alone, without verification, will not be dispatched for law enforcement response.”

Further in the new draft, speaking to alarm companies it is noted, “Failure to provide verification within 24 hours of dispatching law enforcement could result in the placement of the residence on a do-not-respond list.”

Post Commissioner Glenn Patterson stated, “Basically, it puts the responsibility back, to some extent, on the the person that’s getting the alarm. We decided to do that due to the very high number of police dispatches that has went out there.” 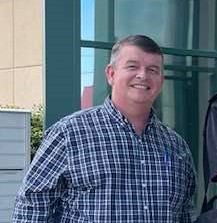 The commissioners noted that many alarms like this come from animals like squirrels or renters who are staying at the locations. Post Commissioner Johnny Scearce said many places have alarms continuously going off from simple things like wind blowing and rattling doors or windows. Some people even tell you they aren’t coming to a rental residence after so many alarm activations.

Hensley assured citizens saying, “If somebody needs law enforcement, they’re going to come.” He also went on to note that this only changes for law enforcement. Fire alarms and medical emergencies will still respond to all alarms.

The draft was approved unanimously by the board.