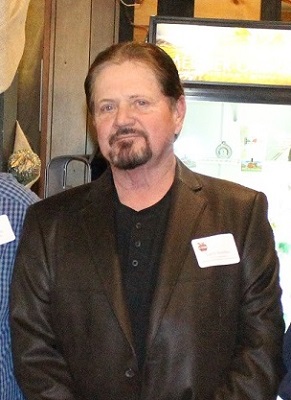 FANNIN COUNTY, Ga. — Larry Sosebee is a candidate for the Post 2 seat on the Fannin County Board of Commissioners. He joins Anita Weaver and Greg Staffins in a primary challenge against the incumbent Post 2 Commissioner, Glenn Patterson. Sosebee has served as a Fannin County commissioner before, and told FYN “The knowledge that I’ve got, that I could bring back to the board, from what I had in the past would be substantial to them.”

Larry Sosebee has been in the Fannin County community for 68 years and has run a business in the area for over three decades. He also said he was involved with the community before elections began and is active with people who need help with anything.

Touching on his previous eight year tenure on the board, Sosebee noted a few of the projects accomplished during that time. He mentioned establishing the Fannin County Water Authority, paying off the recreation department, constructing turn lanes at Mercier and Highway 2. He also said the board worked to get Pulse Medical and Walmart brought into the county, while also keeping the county’s budget one of the lowest in the state. These achievements, Sosebee noted, were not made by a single commissioner: “We didn’t do it single-handily, I say we because it takes a board to do it.” He also briefly discussed intergovernmental agreements, saying “you’ve got some good people on these boards that like to work together.”

Sosebee also discussed the state of Fannin County’s economy. “I think we’re in a good place where we’re at right now,” he said. He cited the “enormous” amounts of special-purpose local option sales tax (SPLOST) funding that the county receives. Additionally, Sosebee compared the increase in the county budget since his time in office, “We had a budget of 17 million, I believe it was. Now it’s somewhere in the 30-31 million range. Yeah, Fannin County is in a very good place right now.”

Despite the increase in revenue, and expenditures, Sosebee said some aspects of the board’s budget need to be changed. He specifically mentioned the Fannin County Public Works, who are responsible for the county’s roads. Sosebee said the department is receiving large amounts of SPLOST funding, but he suggested that the department can be wasteful and inefficient with its spending. Further, Sosebee criticized large purchases of “pretty toys” that sit unused. He provided his own experience as an example, saying his area is often ignored by mowers. “There’s more to it than mowing up on and Aska and around the lavish places,” Sosebee said.

Sosebee also said he believes the commissioners could do a better job involving the community with its work. “I think they reach out to the community for very little. They make their decisions behind closed doors,” Sosebee then cited the recent agreement between the Board of Education and the commissioners that will bring a stand-alone library to Fannin County. “The community needs to be more informed on what’s going on, because its their money,” he said. He contrasted the current practices of the board with his own experience, adding “we didn’t buy anything into any significant amount unless the public was notified.”

He also discussed rental unit issues in the county and the impact they have on housing affordability. Sosebee did mention a recent change to license fees but said “they should have went up to about $1000 on it.” The issue of housing affordability carries into workforce issues, as Sosebee noted. “We just don’t have enough employees,” he said. Touching on public safety, Sosebee said there are not enough deputies in the county, and those the county employees are underpaid. Similarly, he said firefighters are well underpaid: “The volunteers are quitting everyday because they can’t get their pay.” Sosebee added that despite the county’s first responders being underpaid, especially for the time and work they put in, “Fannin County’s got some of the best EMTs and firefighters, that I say, in the state of Georgia.”

Again touching on his past experience, Soseebee said “I was always for the working man and the people that was in the area. They were welcomed by me, and I just want them to remember me as someone they could rely on and come to if they need to.” If elected to serve as a commissioner again, Sosebee said “I’d like to be more vocal. I was always the quiet one.” He added, “Knowing what I know now, I’d be more vocal and more involved in various things that’s going on in the county.”