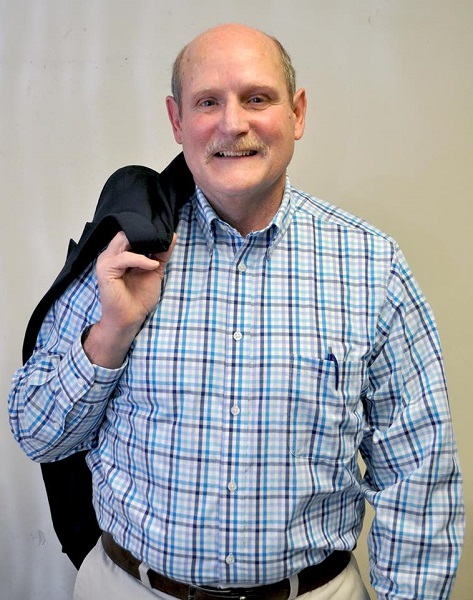 FANNIN COUNTY, Ga. — Glenn Patterson is the incumbent Post 2 Commissioner for Fannin County. He is seeking re-election for a second term, and told FYN that he wants voters to remember “the things that I have done for them that are positive results in my three and a half years, and that I want to do more.” Patterson is facing a primary challenge from Republican candidates Anita Weaver, Larry Sosebee, and Greg Staffins.

Patterson said he is a member of several city groups. He noted his Christian faith and service as the Vice Chair of the Fannin Christian Learning Center Board. He is a board member of the Fannin County Sports Hall of Fame which is a group that “just celebrates the people from Fannin County that have excelled in various sporting activities.” Patterson also holds a specialist degree in education and has worked 32 years in the education field. In Fannin County, Patterson said he has worked as a teacher, coach, and administrator.

Community involvement is important to Patterson, and he said serving as a commissioner has allowed him to give back to the community and the people that have helped him grow up and kept him looking in the right direction. “I love Fannin County. I love its citizens. I think we’ve got a fine group of citizens, and even as we grow and move forward it’s just a good place to live and grow up,” Patterson added.

When asked about his accomplishments as a commissioner, Patterson pointed to recent “unprecedented” intergovernmental agreements. One agreement with the Fannin County Board of Education will bring a stand-alone library to the county, which he notes has been worked on for many years. Another agreement with the City of Blue Ridge, Patterson explained, will revitalize the city pool and other recreational areas. He said making these intergovernmental agreements takes unity and reaching out in faith and trust. “Unity and partnerships brought together, and I’m real proud of that because we are so much stronger, and we’re able to achieve the goals for our citizenry within Fannin County when we work together,” Patterson added.

“I think we’re all very conscious of being good stewards to the citizens’ money,” Patterson said about the Board of Commissioners. He also said he is proud of the county’s millage rate, which he noted is one of the lowest in the state. When it comes to collecting revenue and approving expenditures, Patterson said, “We don’t want to overtax our citizens, but we want to give them the things that they need.” He used the upcoming improvements to the Fannin County Recreation Complex at Blue Ridge City Park as an example, saying the initial expenditures will ultimately help the local economy.

When balancing the needs of tourists and residents in Fannin County, Patterson first said “you’ve always got to remember your citizens.” He said much of the revenue brought in by tourists is used to reinvest in the community. “A lot of it is not tangible things,” Patterson noted, “It’s things like our police department, our public safety, our fire and rescue, our 911. All these things that we need to protect our citizens that are here 24/7 everyday.”

Patterson said he likes to interact with the citizens and believes it is a “very important thing, to stay in touch with the citizens. Because it’s easy to not do that, to just think that you as a commissioner know more than anybody else.” He noted he does this by communicating directly through calls and emails, but also by holding a public comment portion of each meeting. “You can’t let your ego get in the way of true communication with the citizens of Fannin County,” Patterson added. Being open to new ideas and listening to concerns is something Patterson said he puts effort into: “It’s not what I want. It’s what the citizens of Fannin County need, and I’ve got to seek that out.”