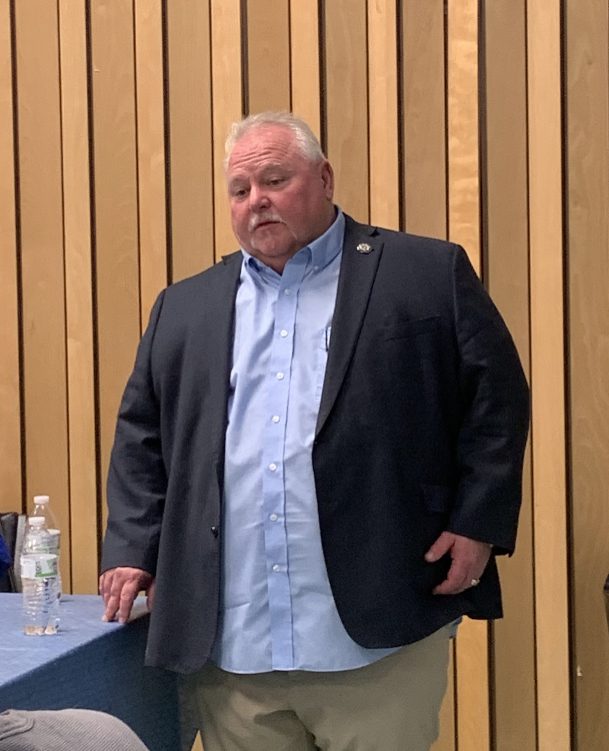 FANNIN COUNTY, Ga. — Greg Staffins is a Fannin County Post 2 Commissioner candidate. He joins Anita Weaver and Larry Sosebee in a primary challenge against the incumbent Post 2 Commissioner, Glenn Patterson. During an interview, Staffins discussed his candidacy and goals for the county. “If I come elected, then I’ll sure fight everyday for the citizens and putting Fannin first, and I’ll do that with all my heart,” he told FYN.

Greg Staffins is a businessman in Fannin County. He is also a member of the Fannin County Republican Party, and Staffins says he’s been a member since he moved to the area 12 years ago.

Staffins said many people, who believed his experience as a businessman would make him a good commissioner, encouraged him to run for the position. He also mentioned his applicable experience working with the city of Loganville, Ga. Staffins noted that he has been endorsed by Loganville’s mayor.

As a commissioner, Staffins is “all about putting Fannin County first, and putting first everything we do.” He believes the county is ready for change “in a big way,” mentioning that the five candidates all hoping to serve is evidence of that.

Staffins raised several issues he wants to find a solution for. One that he emphasized was the county’s lacking trash services. Staffins suggested utilizing space at fire stations to provide some remedy to the trash issues, “each one of the parking lots sits empty, we can simply put dumpsters.” He also mentioned the similar need for recycling services.

Staffins also stressed the importance of strengthening Fannin County’s police and fire departments. Those departments, he said, are “overrun with tourists on the weekends.” He highlighted that the population of the county almost doubles during weekends, saying: “We definitely need some help for getting those guys additional trucks, cars, and staff and be able to pay them what they’re worth.”

Another issue Staffins touched on was the lack of an aquatic center in the county. “We need that in a large way. We don’t have anything in the winter water-wise, swim-wise to do,” he said. Staffins added that despite the recent agreement to revitalize the city park’s pool, it is outdoors and can only be used during a small portion of the year. He argued in favor of an aquatic center as a solution, saying “we need something that can be used 12 months out of the year.” Staffins briefly mentioned that an aquatic center would be more accessible to the seniors of the county.

Staffins also stressed financial responsibility and warned against “frivolous mistakes with tax payer money.” As an example, he cited the purchase of the Whitepath building. Staffins said the building was bought “without having an inspection, and Patterson made the motion to buy it.” He noted the cost of the building was over one million dollars. After the building was purchased, a hazardous materials survey showed the presence of asbestos and lead paint.

Continuing a push for financial responsibility, Staffins discussed the current state of the tourism industry in Fannin County. He said hundreds of rental units throughout the county are bringing in millions of dollars in revenue: “I want to see that money spent wisely. I want to see that money go back to the taxpayer and the citizens’ usage.” Staffins suggested that increase in funding could be used to complete projects that would benefit locals and improve the quality of life in Fannin County.

He also explained he sees room for improvement of community involvement with the board. Staffins criticized the current policy for public comment at board meetings. He also raised concerns about a recent agreement with the Fannin County Board of Education that will bring a standalone library, saying “I want to make sure that the citizens are happy with that library solution.” He warned against the agreement that he said was done “without a person on the library board in their presence.” Staffins continued, “I think that when you make decisions, you need to include everybody involved.”

When asked what he wants voters to remember, Staffins said “I won’t let you down, and I won’t waste one penny of the money, and I’ll make sure that Fannin County is put first in everything we do.”