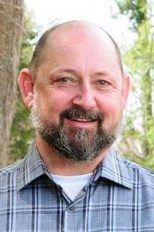 FANNIN COUNTY, Ga. — Mike Cole is the current Vice Chair of the Fannin County Board of Education. His seat is uncontested, but he spoke with FYN to discuss his time on the board and goals for the future.

Mike Cole said his experiences as a member of the community initially led him to run for the board. He first mentioned that when taking his daughter to school he saw “lack in some areas, waste in other areas.” Cole also owns an automotive repair shop that he said needed employees. He believed the lack of workers in the area was a sign the school system did not have strong vocational education.

Since being elected, Cole said the board has accomplished many things, especially for vocational education. He highlighted a now established “state-of-the-art” welding program. Cole noted that an automotive teacher is already teaching and should have a full facility completed and ready for students by 2024. Along with construction, health and sports medicine programs in Fannin County schools, Cole said “I came in wanting to get the vocational up and get it moving again, and I believe we’ve done that.”

Cole told FYN that the COVID-19 pandemic highlighted the importance of mental health care in the school system. He said, while many people are unaware, the schools in the county have resources to help students struggling with mental health issues, such as anxiety. To inform community members about the resources available within Fannin County schools, Cole said he has worked to get Shannon Miller, the Director of Student Services, to speak at a Republican Party meeting: “She’s got a fabulous team. They’re dealing with kids on a daily basis, and so I’m really proud of that, that were actually stepping in and taking a lead on that.”

He also noted increases in special-purpose local option sales tax (SPLOST) funding, “In the last 12 months we’ve got nine million dollars, so we’ve put that to work.” Specifically, Cole mentioned a new, fully paid for bus facility that is under construction. He also said the board is considering plans to create a wellness center on 160 acres of land that the board purchased: “That wellness center will incorporate, hopefully, several different other aspects as far as sports.” Cole said the center would include dedicated wrestling spaces, as well as baseball and softball fields. The wellness center, he noted, would also expand access to vocational facilities that currently don’t have space in the schools.

When it comes to involving parents and teachers with his work on the board, Cole emphasized communication. He said during school visits he asks the teachers what their “needs, wants, and desires” are. To interact with parents, Cole says “I’m always trying to visit all these sports programs, FFA, wherever I can be a part of.” He also mentioned his recent participation in a nature trail walk with the middle school that allowed him to interact with parents.

Discussing possible improvements that could be made in his next term, Cole mentioned that he would like to see pay increases that would make janitor and lunch workers’ income competitive in the community. As far as curriculum, Cole said he is “well satisfied” with where the school system is now. He suggested that concerns over controversial issues, like Critical Race Theory, often come from national media. On a local level, however, Cole said: “It’s my knowledge that’s not being taught here at all. It’s not in our curriculum. The only thing we’re required to teach is Georgia Standards, and that’s what we teach.”

There are two board of education seats on the ballot this May, but only one seat is contested. Incumbent Bobby Bearden is being challenged by both Debi Holcomb and Clarence “Junior” Farmer. Incumbent Mike Cole, however, has no challengers. More information about the election on May 24, 2022 can be found here or on the Fannin County Board of Elections website.