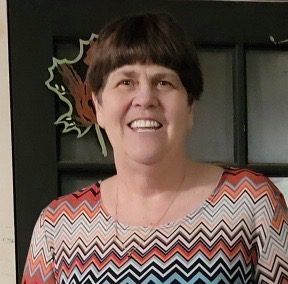 FANNIN COUNTY, Ga. — Debi Holcomb is one of two candidates challenging the incumbent, Bobby Bearden, for a seat on the Fannin County Board of Education this year. Holcomb, who is legally blind, spoke with FYN about her election bid, saying “it doesn’t take eye sight to have a vision, and I have a vision for a better Fannin County school system.”

Holcomb, who moved to Blue Ridge in 2005, said community involvement is important to her. She currently volunteers at Fannin County Animal Control and serves as a trustee on the Fannin County Library Board. She was also appointed to the Comprehensive Plan Planning Committee, where she served her term. Holcomb also noted that she started, and now chairs, a peer support group for visually impaired North Georgians.

Holcomb said she has always had interest in education because of her six children and five grandchildren, but her work as a reporter for the Fannin Sentinel made her more familiar with the school board. As she became more involved, Holcomb said she “became concerned about the time that the Board of Education stopped having public workshops, and started doing things not quite out in the open.” On a national level, Holcomb said that conversations about critical race theory and gender identification concerned her as well.

Holcomb also touched on drug usage and other misbehavior within the school system. “Of course education starts at home,” Holcomb said, “In our community we know the poverty level that’s kinda hid, and we know that not all home circumstances are the best.” When it becomes a reoccurring problem in the school system, however, she said the school board has a responsibility to review policies that are not working well: “Our job is to protect the children, and how can we protect the children if we’re turning our backs and ignoring what’s going on.” When it comes to reviewing those board and school policies, Holcomb said she would like to look at all of them, and have more discussion with both teachers and parents. Holcomb said she was floored to find out that not every school has a guidance counselor, and some special education classes only have one teacher at a time. She noted those instances are examples of when a policy should be reviewed.

Holcomb said she had recently attended a meeting with the Georgia State Superintendent Richard Woods: “He informed us that, contrary to what parents have been told in an open meeting, that the curriculum is handled at the local level.” Because of this, Holcomb said, preventing inappropriate curriculum and school library books from entering Fannin County schools is the responsibility of the county’s school board. “I am afraid that the current board members treat their job as part time, show up for your meetings, collect your money, and go. I myself feel that schools need to be visited on a regular basis, somebody needs to be monitoring exactly what’s being taught,” she emphasized.

She argued that the school system’s budget could be used in a way that better serves the students: “I know there are issues. Water issues, mold issues in the elementary schools. So, I don’t understand why we are doing a multimillion dollar bus and admin building with those SPLOST dollars instead of taking care of existing problems where our students are actually at.” Holcomb also noted that she had recently learned Fannin County shares a portion of its revenue with poorer counties. Holcomb said she would look at where the money is being sent and talk with the state government to see if that amount could be reduced.

When it comes to teachers, Holcomb believes that more communication and board involvement is important. “Right now, I don’t think that most of our school faculty feel that the board even listens, and I want to be one that they know is going to listen,” she said.

There are two board of education seats on the ballot this May, but only one seat is contested. Incumbent Bobby Bearden is being challenged by both Debi Holcomb and Clarence “Junior” Farmer. More information about the election on May 24, 2022 can be found here or at the Fannin County Board of Elections website.