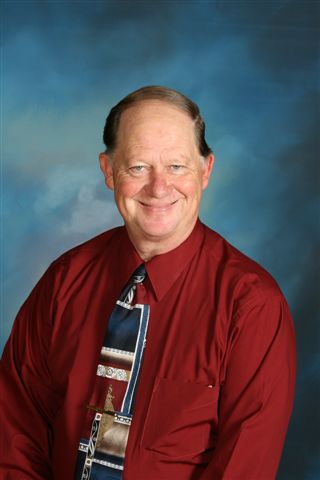 FANNIN COUNTY, Ga. — Bobby Bearden has served on the Fannin County Board of Education for almost twenty years. “There’s two priorities that I have. Number one is the students. I want a quality education. Number two is the taxpayers and the citizens of Fannin County,” he told FYN during an interview discussing his re-election bid. Bearden is the incumbent candidate but is facing a challenge from both Debi Holcomb and Clarence “Junior” Farmer.

Bobby Bearden has lived in Fannin County for 48 years and currently works for the City of Blue Ridge. He has also served in the US Army, and he ran Bearden’s Muffler Shop for over thirty years. Now, Bearden is finishing his twentieth year working on the Board of Education. “Education, to me, is number one,” he said, adding, “not just for them to go to school, but I want them to get a quality education while they’re there, and I believe they’re doing that.”

Bearden said the board has made many accomplishments during his twenty year tenure. He specifically mentioned the updates and renovations that have been made to several buildings throughout the county. He also touched on the expansion of vocational education in the county during his time on the board. While they have already established a welding class and nursing program at the high school, Bearden said he would like to see an auto-mechanics and small engine class created. He believes those classes will expand opportunity for Fannin County students: “Not everybody that goes through school is going to go to college, and they need something to do.”

Another accomplishment, Bearden noted, is the purchase of 160 acres to be utilized by the school system, “It’s a tremendous thing, I think, that we was able to purchase that land next to the high school for future use.” He said the board will begin conversations on how to use the property this month.

Bearden, responding to criticism of the board’s transparency with the community, said “I think we are. The only thing that we can’t put out in public is what happens in executive session.” He said most people are aware of what is happening, especially because of online options that allow parents to see how their children are doing in school. “That’s one thing that I can tell you that I’m 110% for, is transparency,” Bearden added, “That’s how the school board and the school system and the community gets along.”

Bearden said he believes the school board does work well together and with the community as a whole: “We don’t all agree, but when it comes down to it, we agree for the good of the school.” That cooperation allows them to accomplish things like pay raises for employees, he emphasized: “They deserve it, all the people that work for us. Whether it be a custodian, a bus driver, a school teacher or whatever, they deserve all the money that they can get.” Bearden also said that the board has worked to decrease the millage rate over the last five years and has used special-purpose local-option sales tax (SPLOST) funding to remodel the school buildings.

He also touched on state and federal government influence in Fannin County schools, which was a topic at a recent candidates forum. Bearden said that while “there’s certain things that you have to abide by,” being a charter system allows “more control over what happens at all of our five schools.” He also noted that there is a School Governance Team (SGT) at each school that meets to discuss the schools’ needs. “They know exactly what the school needs and the people in Atlanta don’t,” Bearden emphasized.

There are two board of education seats on the ballot this May, but only one seat is contested. Incumbent Bobby Bearden is being challenged by both Debi Holcomb and Clarence “Junior” Farmer. More information about the election on May 24, 2022 can be found here or the Fannin County Board of Elections website.