The McCaysville City Council voted unanimously on the cuts (with the exception of Larry Collis who has a conflict of interest and must recuse himself from voting on police related matters).

After an executive session, council returned with council member Gilida Carter stating, “We’ve been in here making some very, very difficult decisions,” and adding, “This has been really gut wrenching. We’ve worried about it. We’ve put time in on it, but we are going to have to make some changes.” 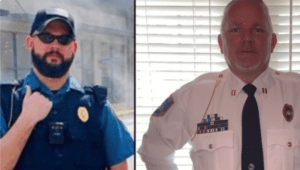 Among the changes made by council were the elimination of the position of Investigator that was held by Captain Billy Brackett, also the elimination of MPD’s most recent full time hire Officer Gary Holloway, and eliminating overtime pay for Chief of Police Michael Earley by moving him to salary.

“We are definitely going to have to cut or the city is not going to have the money to go on over the next year,” Carter said of the motions being passed. “These gentlemen will have the opportunity to apply for unemployment. This is not firing. This is layoffs.”

Earley spoke during the monthly Police Update starting off, “I would like to ask the council why they lied to me?”

According to Earley, council member Collis had assured him two days prior to the meeting that everything was fine with the department.

Collis, who was visibly upset by the events, later in the meeting spoke up saying, “I would make the suggestion that those that voted for this fiasco forfeit their 911 service and show some solidarity.”

Of main concern to Earley is the dangers his officers would face working shifts alone. Earley informed the council that overtime would more than likely be unavoidable: “I’m asking the council, begging the council, don’t let my officers be out there by themselves during the night or during the day.”

“Well with the staff that you had, you had tremendous overtime. Why was that?” Carter questioned Earley.

“Cause calls keep coming in,” Earley answered back.

Earley spoke of the job that police officers do and the dangers of the job, “Police officers are willing to do what most people cannot or will not do on a day to day basis. They put themselves in dangerous situations that could end with them being hurt or even killed.”

He later likened the council’s move to that of the national political movement to defund the police, “You are creating that animosity that should not exist. You are putting that target on our backs. You are making it unsafe for us to go to work. Is it money? Are we trying to distract and deter for political gain? What is the reason?”

“For the people out there that are hypocrites, who say you support the police and pat us on the back and then stab us in the back saying we got too many police officers and we need to cut. You should be ashamed of yourself because you know you are doing this for political reasons,” Earley spoke to the council.

Council member Jason Woody replied to Earley’s questioning, “We are not defunding the police department. If we keep going the way that we are going right now, within six months we will not have a General Fund. It will be down to zero.”

Council members stated that every department in the city has cut their budgets and there have also been layoffs in these other departments.

The other departments which include, Administrative, Street Department and Water Department had already cut their budgets, with the Police Department stating that they couldn’t find any cuts to be made and were still requesting an increase.

“Right now the money is not there. It’s not been there for awhile,” Woody said of the cuts and the city’s budget, “For every department, as the year progresses we will reassess, we will see what we can do to help alleviate the pressure off these departments.”

The McCaysville Police Department Statistics for the month of June were: 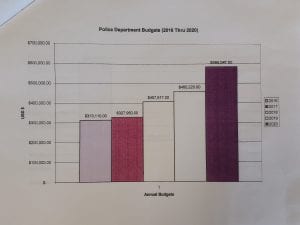 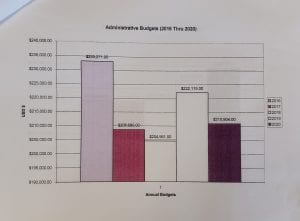 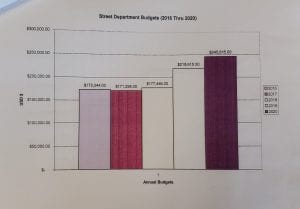 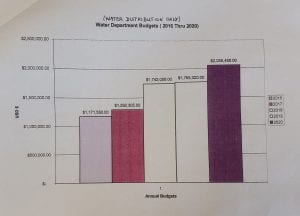