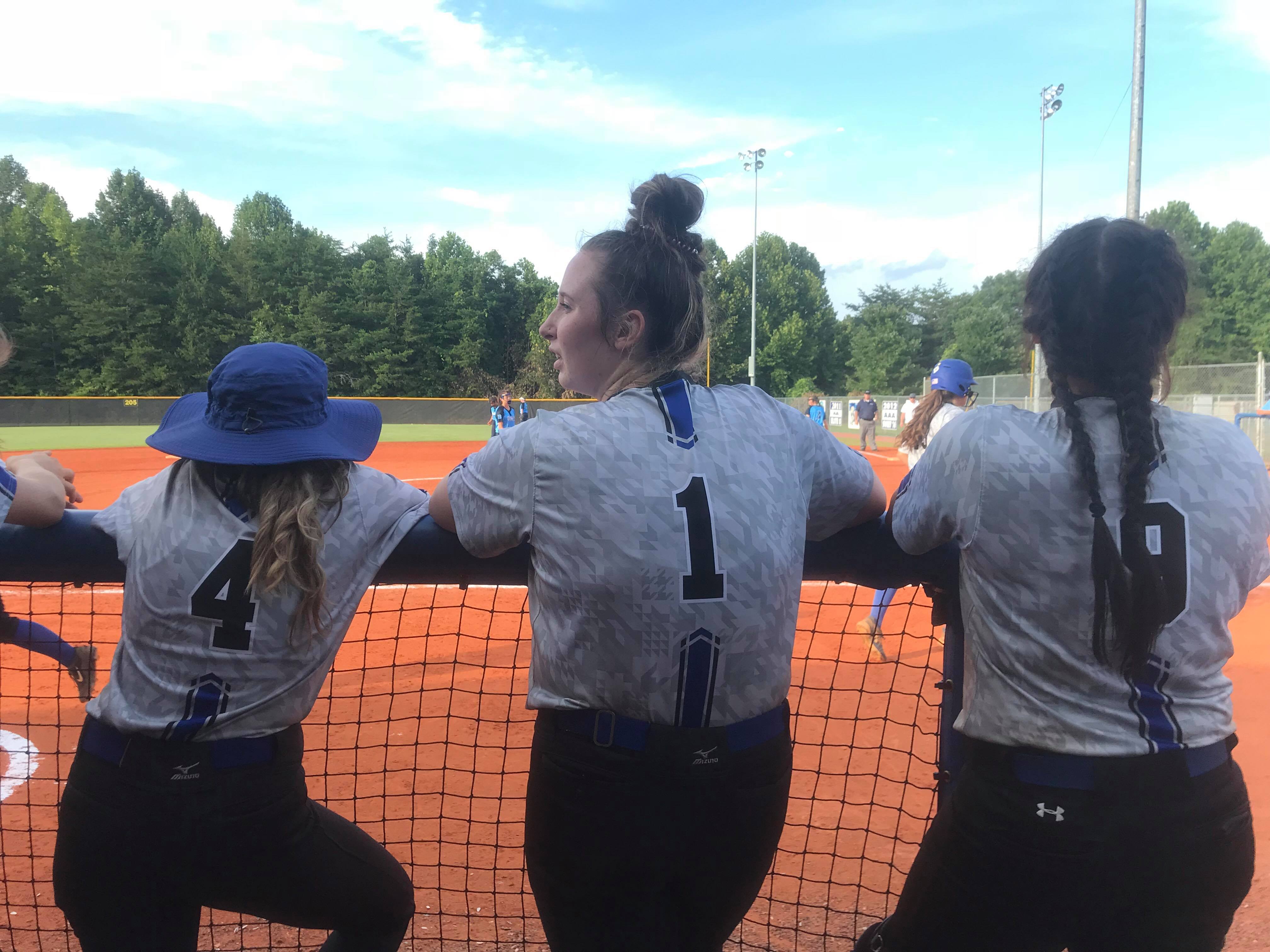 Although the Lady Rebels lost six seniors last season, they are using this year to rebuild and come back as strong as ever. Last night, the Lady Rebels Softball team took on the Denmark Danes from Forsyth County. Fannin looked to come back from their previous 9-1 loss to Denmark and had the home field advantage this time around.

The Danes bats were hot in the first inning as they attacked the ball and put it into action. Despite freshman pitcher, Josilynn Newton, and her great throws across the plate, Denmark kept hitting the ball in all of the right places to put five runs on the board. Newton pitched a total of 2.2 innings and struck out two batters overall. When it came time for Fannin to play offense, Denmark’s defense outweighed them. With two runners on base, Kayleigh Russell (recent commit to Bryan College Softball), got things started for the Rebels offense. Russell put down a sacrifice bunt to move the runners to second and third base with only one out. While the Rebels may have been in perfect scoring position, Denmark was able to get two more outs and close the inning with a 5-0 lead.

To start off the second inning, Fannin’s defense struggled. The bases were loaded and there were no outs until Russell was hit a ground ball where she got an out at third base to earn the first out of the inning. Denmark was able to score two more runs before seniors, Emily Waldrep and Kaelyn Hensley, caught pop fly’s in the outfield for the last two outs. The Danes refused to give up their 7-0 lead as they had a perfect three up and three down outs to close the second inning.

Sophomore, Riley Davis (who hit two out of the park home runs the day before against Gordon Central), showed off her hustle at shortstop where she dove to stop the ball from going into the gap and kept the runner from advancing to second base. The Danes managed to load the bases once again and earned three more runs before senior, Cassidey Nichols, came into pitch. Nichols allowed only one more run to score before Fannin made the third out. The Rebels energy started to come alive as they swung the bats. It was back to the top of the line up where Waldrep was walked and took her place on first base when Davis advanced her to second by taking a pitch to the legs. Russell came up to the plate as a power hitter when she hit a ball in the gap, straight through the shortstop. Kayleigh found herself standing on second base as her hit brought Waldrep home for the first run of the game. Eryn Mealer was ready to continue the trend when she hit a pop fly to left field for Denmark to catch, but proved to be unsuccessful in their attempt to throw Davis out as she advanced to home plate. Junior, Emma Mitchell, kept the momentum going as she made it to first base from a defensive error and brought Russell home. Nichols earned a double by hitting a bomb to center field and advanced Mitchell to third base just for Newton to hit her home. When the Danes finally earned their third out, they still had the lead with a score of 11-4.

Fannin almost had a perfect three up, three down outs with the exception of one batter making it to first base from a walk. Russell made the first out with a caught line drive at third base, Hensley made the second in right field with a caught pop fly, and freshman, Zoe Putnam, earned the third when she turned her back from second base and ran to catch a pop fly behind her. The Rebels were finally able to hold the Danes for an inning and were ready to hit like they did the last time. While they may have had good intentions, pop fly’s and strikeouts kept Fannin from scoring any runs and left Denmark ahead 11-4.

The Danes took the plate with the same energy the Rebels did. With bases loaded, Denmark hit a bullet right through third base to Peyton Bearden in left field. The hit brought one run to the plate. After the Danes scored one more run, Hensley came in from right field and took the mound. After two more runs score, Davis was the one to get the first out at shortstop by throwing to third base as a runner advanced home. The Rebels were able to earn their last two outs back to back as Putnam caught a pop fly at second base, and Mitchell stopped a ground ball at first base. Denmark was ready to close out the game after Russell was walked to first base. Mealer put the ball into action right where the Dane’s second basemen was able to make a double play. The Danes got their third and final out right after with a grounder to first base. The game ended with a run rule as Denmark walked away with a 17-4 victory.

While they have yet to play any region games, Fannin’s overall record stands at 0-4. Catch the Lady Rebels next game at Model High School tomorrow where they will be playing a double header, starting at 10 am!