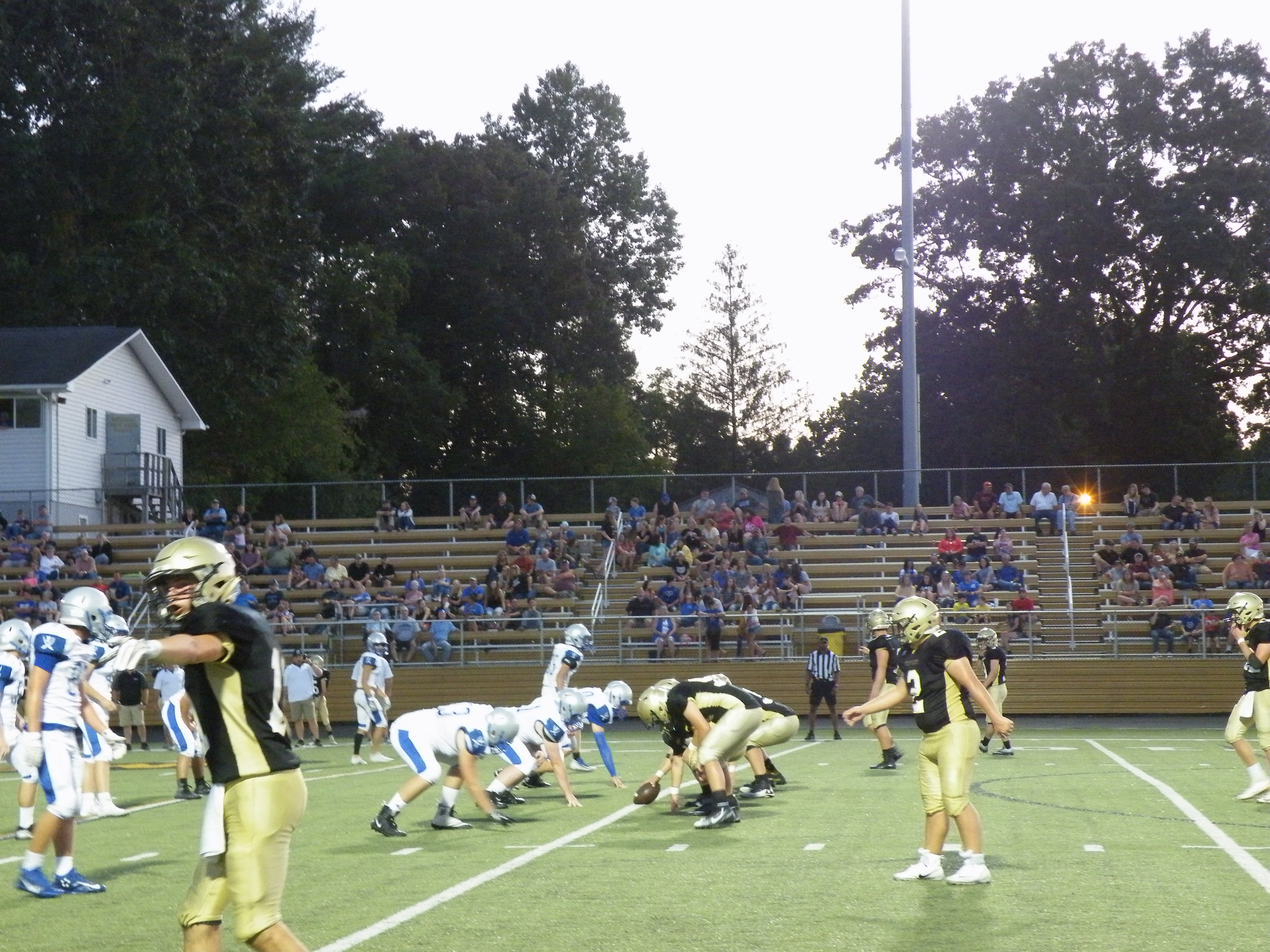 Last night, the Fannin County Rebel Football team traveled to Hayesville to take on the Yellow Jackets in their second and final scrimmage. The Rebels had just come from a 55-6 win the past Friday as they played one of their biggest rivals, Copper Basin, and looked to continue the trend.

Fannin started off hot and heavy as it took them no time to score a touchdown. Luke Holloway was at the position of quarterback and put the ball into action. Carson Beavers, recent baseball commit to Winthrop University, was the one to score the first Rebel touchdown of the night. Junior, Caleb Postell, was handed the ball where he ran it for another Fannin touchdown to end the first quarter with a 14-0 lead.

Sara Sosebee kicked Fannin’s field goals for the night where she made every single one. Fannin had no problem making their way straight through the Yellow Jacket defense to score more touchdowns. Cohutta Hyde showed off his speed as he ran past the defense, right into the Rebel end zone. Hyde even had a great night on defense where he made big plays to stop Hayesville offense. Senior, JoJo Goodwin, caught a pass and followed the trend by scoring Fannin’s fourth touchdown of the night and ending the first half with a 28-0 lead.

To start the third quarter, freshman David Mashburn went in as quarterback. Mashbrun even ran the ball to gain more yards. On his way down the field, sophomore Sawyer Moreland caught a long pass for a Fannin touchdown. Instead of kicking a field goal, the Rebels went for a two point conversion but failed at the attempt. While the Rebels had a good passing game, Hayesville seemed to struggle with theirs. No matter what the Yellow Jackets did, Fannin’s defense was there to shut it down. With the Rebel’s defense refusing to let their opponent score, they closed out the third quarter with a 34-0 lead.

Postell was the go to guy for the night where he was given a hand off by Mashburn to run it for another Rebel touchdown. This time when Fannin went for two instead of kicking a field goal, it was successful, putting the score at 42-0. With six minutes left in the fourth quarter, Hayesville made a long pass to score their first touchdown. As the clock ran out, Fannin found themselves with a 42-7 victory over Hayesville.

Catch Fannin’s first official game next Friday at 7:30 as they take on the Gilmer Bobcats at home!