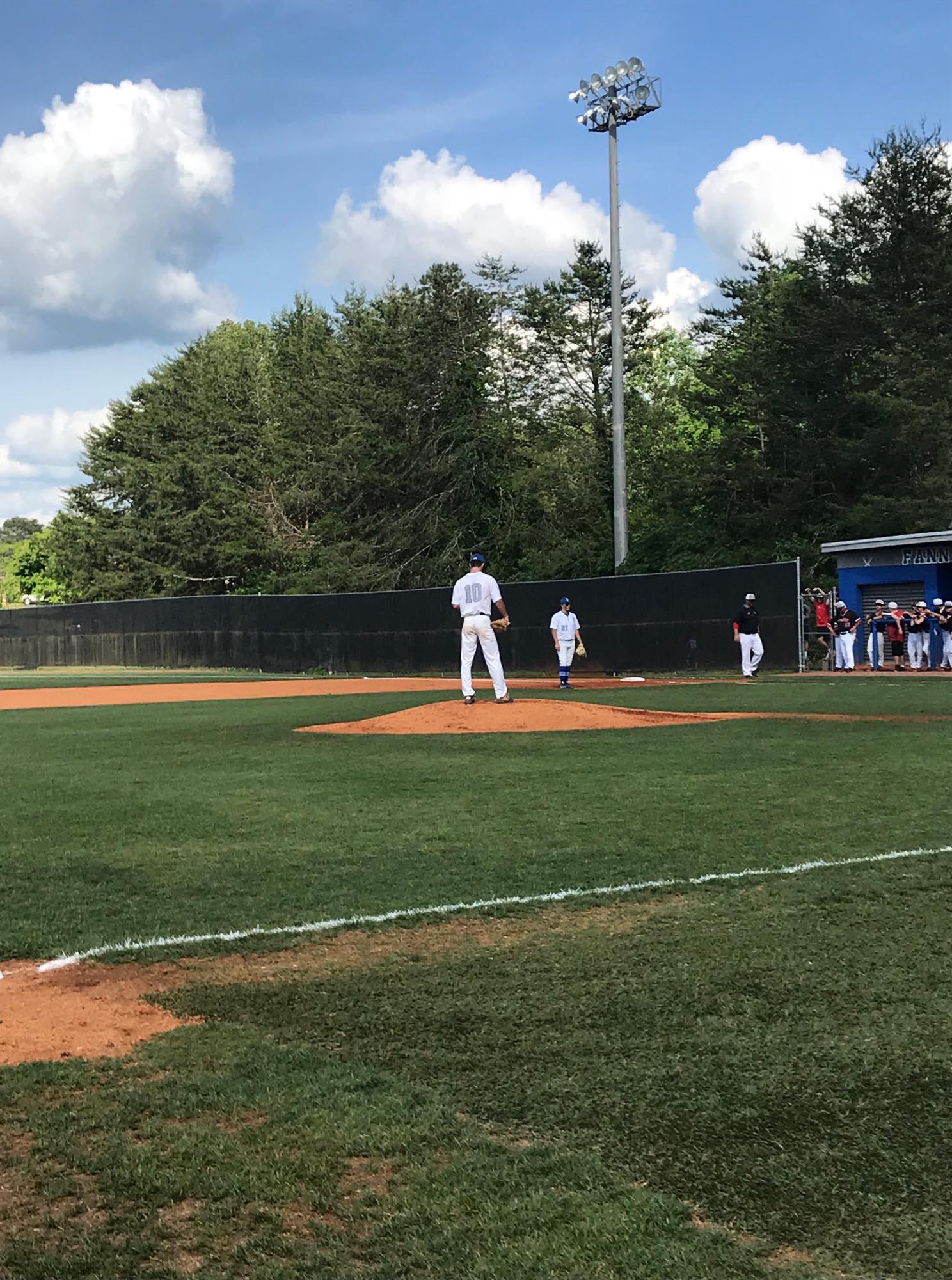 This past Wednesday, the Fannin County Rebels took on the Pike County Pirates in a double header at home for the first round of the Elite Eight. It was a double elimination series that determined who would move on to compete in the Final Four.

Fannin took the field to start off the first inning. Carson Beavers was on the mound for Fannin where he struck out seven batters overall. Nerves were high starting off the game. The Rebels had defensive errors and allowed three runs to score just in the first inning. The Rebels attempted to respond on offense but found Pike’s defense to be solid as they did not let any runs score.

The Rebels started to clean up their defense in the second inning as they had three up and three down outs. On offense, Fannin began to put the ball into play but kept hitting it right to the Pirates defense and were unable to put any runs on the board. In the third inning, Pike hit a ball out of the park and put the score at 4-0 to end the inning.

Chandler Kendall got things started in the sixth inning as he hit the ball to left field and found himself standing on first base. Gabe Buchanan advanced Kendall to second as he was walked to first base. Hunter Gray stepped up to the plate and hit the ball to the outfield to bring Kendall home and put the score at 4-1. Miles Johnson continued the trend as he hit a bomb to the outfield but Pike made the out with a diving catch.

With a runner on second base, Pike hit another ball out of the park, bringing in two runs. The Rebels were able to get on base but were unable to score, leaving the Pike Pirates with a 6-1 victory.

After a short break, the teams were at it again. Fannin wanted a win so that they could stay in the series for a chance to compete the next day as Pike hoped to have another victory to move straight on the the Final Four.

Fannin had a new energy starting off the second game. They were the guest team and started off the game on offense. The Rebels wasted no time to put the ball into action. Senior, Chandler Kendall, had a great hit to center field that put him standing on second base. Gabe Buchanan continued the trend as he hit a double to left field and hit Chandler home. With bases loaded, Bryson Pack watched his fourth ball go by and was walked as another Rebel advanced to home plate. Miles Johnson closed out the inning with a bomb to right field that brought in three runs and left him on base. Pike was finally able to earn their third out as Fannin ended the top of the first with a 5-0 lead.

The Rebels defense was solid as they stopped balls and kept the Pirates from scoring any runs. Chander Kendall pitched the second game for Fannin County where he struck out ten batters overall. When it was Fannin’s turn to hit again at the top of the second, Carson Beavers was on third base as Buchanan brought him home with a single to left field. Pike ended the inning with a double play as Fannin advanced their lead 6-0.

Tyler Norton was on fire up the middle where he made a double to play to start off the third inning. Fannin was on top of every aspect of the game and refused to give up their lead.

The Rebels picked things back up in the seventh inning when the Pirates put in a new pitcher. Fannin took advantage in the change of speed as Blake Rogers hit a double to left field and brought Hunter Gray home. Miles was the man to close out the inning once again with a big hit to third where they overthrew first base, bringing in two runs. Johnson had a great night on offense where he had five RBI’s. Rogers went in to pitch at the bottom of the seventh where he struck out three batters. Fannin held the Pirates on defense and closed out the game with a 9-0 victory, leaving them to play the next day to determine who would move on to the Final Four.