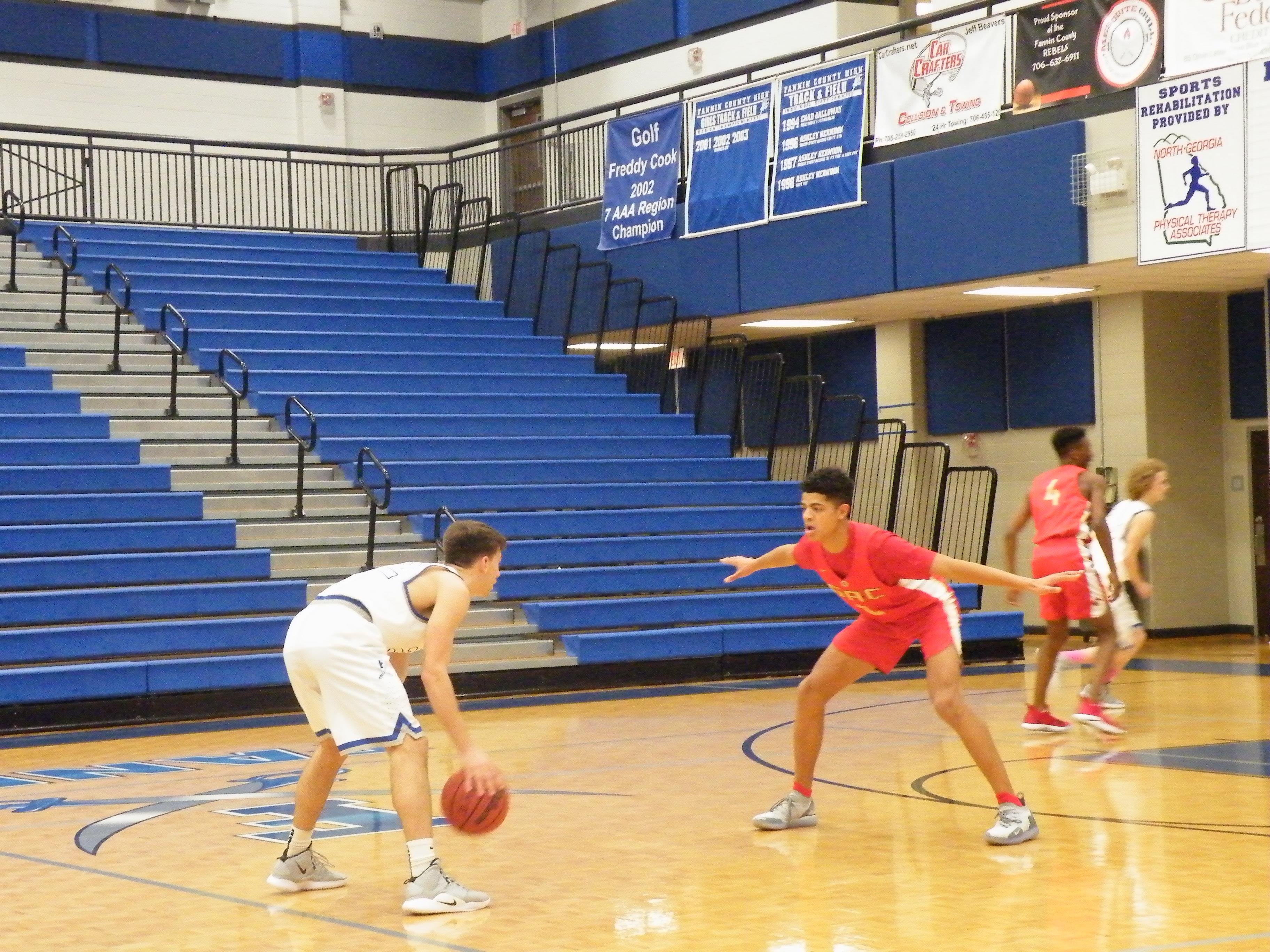 This past Friday, the Fannin Rebels basketball team traveled to Greater Atlanta Christian to take on the Spartans in their last regular season game. Fannin hoped to redeem themselves from the first time they played the Spartans and endured a 82-29 loss.

The Spartans were off to a great start as they had their fair share of outside shots for the night to extend their score. Rebel senior Chase Culpepper led Fannin in scoring for the night with twelve points, all of them being from three point shots. Andre Bivens followed the trend as he added three points to Fannin’s score from outside of the key. Just like the game prior, the Spartans closed out the first quarter with a 20-6 lead over the Rebels.

To start off the second quarter, Fannin started to find their way to the basket. Rebel senior Dahla Myers pushed through the defense where he added a jump shot and a point from the free throw line, contributing three points for the night. The guards had good looks inside to Joel Kinser on the post where he added two points to Fannin’s score. The Spartans continued to extend their lead and ended the second quarter with a score of 47-16.

Despite the Spartan’s lead, Fannin continued to fight. Nathaniel Garrison and Jalen Ingram were downlow ready to rebound all night where they each added four points to Fannin’s score. Ingram was aggressive on the block where he got into foul trouble towards the end of the game, but managed to finish it out. As the Rebels had shots from the block, GAC continued to bank outside shots and went into the fourth quarter with a 66-21 lead.

The Rebels were able to add a few more points to their score in the fourth quarter as they managed to keep them from the basket. Fannin was able to add eight more points to their score while the Spartans added 11. The trend continued until time on the clock ran out with Greater Atlanta Christian ahead of the Rebels 77-29. Fannin’s loss put their overall record at 3-22 and their region record at 0-12. Catch the Rebels next game on Wednesday at 7:30pm as they travel to take on Dawson County for the region tournament.