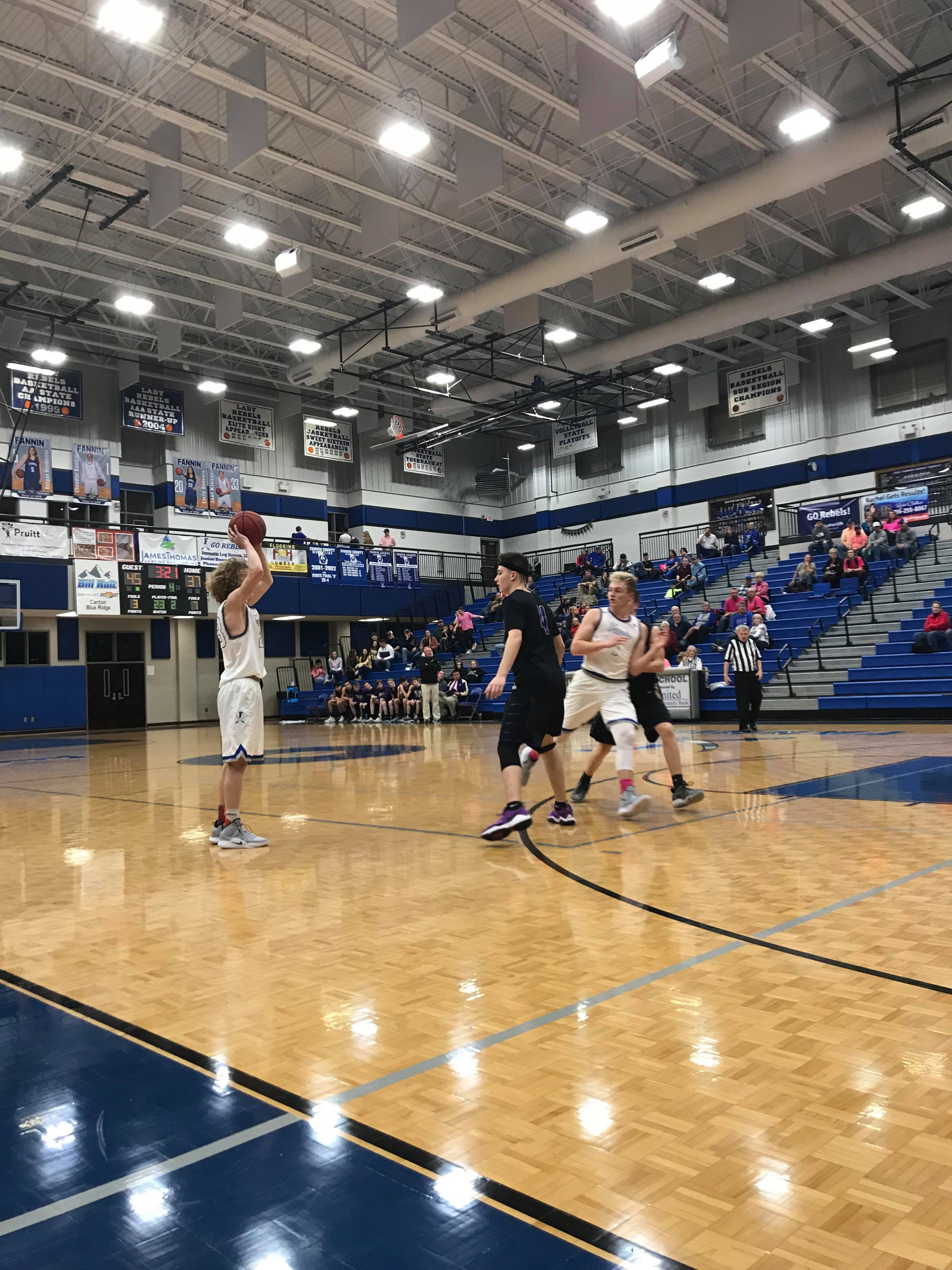 This past Friday the Lumpkin County Indians traveled to Fannin County to take on the Rebels for the second time this season. The Rebels looked to redeem themselves from the first time they played played Lumpkin and endured a 61-40 loss.

Lumpkin started off hot as they made outside shots and claimed an early lead. Cohutta Hyde was aggressive with the ball as he pushed through the defense and led Fannin in scoring for the night with twenty points. Lumpkin closed out the first quarter with a 15-9 lead over the Rebels.

Lumpkin played in a heavy defense where they pressed the Rebels to make them work to get to the basket. Brady Martin showed off his ball handling skills and was able to add four points to Fannins score for the night. Martin had great passes inside to Jalen Ingram on the block who contributed nine points to Fannin’s score for the night. The Rebels were catching up to the Indians as they went into halftime with a sore of 26-20.

Senior, Chandler Kendall, had his fair share of outside shots for the night as he added five points on the board for Fannin. Senior posts, Joel Kinser and Nathaniel Garrison, had moves downlow where they were able to score points. Garrison added four points with his grit and Kinser contributed one point from the free throw line. Fannin kept up their intensity as they closed out the third quarter with a score of 39-33 while Lumpkin was still in the lead.

Fannin kept playing hard and adding points to their score as Lumpkin did the same. Martin snuck through the backdoor to score more points while Kendall had steals to advance their score. Although the Rebels put up a great fight, the Indians found themselves with a 49-43 victory, keeping their trend of being ahead of Fannin six points at the end of every quarter. Fannin’s loss put their overall record at 3-18 and their region record at 0-9. Catch the Rebels next game on Tuesday at 7:30pm as they travel to Cherokee Bluff.