Fannin County schools officially became a charter school system July, 01, 2015. According to the Georgia Department of Education (GDOE), a charter district must renew their intent and contract with the state every five years. 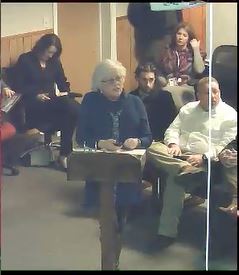 Deputy Superintendent Betsy Hyde spoke with the BOE on what it means to remain a charter district.

Deputy Superintendent Betsy Hyde spoke to the BOE, “They (GDOE) asked us if we would amend our charter and say that we would review in 4 years.”

Upon Fannin County looking to obtain AdvancedED accreditation, the Georgia Department of Education asked administration to review their charter application a year early.

AdvancED is a non-profit, non-partisan organization that conducts rigorous, on-site external reviews of schools and school systems. Every five years a school system must participate in a targeted self-reflection process.

The AdvancedED helps to evaluate purpose and direction, governance and leadership, teaching and assessing for learning, resources and support systems, as well as engagement with stakeholders.

The charter renewal as well as the AdvancedEd accreditation are expected to have coinciding site visits to Fannin County Schools.

Hyde explained that during 2015, when Fannin County officially entered into the charter system, the state of Georgia offered three flexibility options for districts to pick from.

The first of these options was Status Quo. Under this option the school system would not be allowed waivers and have limited flexibility on the local level to customize the school learning environment.

The second option presented was the IE2/Strategic Waiver. This gave districts the ability to ask for specific waivers, but did not allow for School Governance Teams (SGT) to be established.

Lastly school systems had the option of becoming a charter district. This option did not restrict waivers and required the formation of SGT. With this option Fannin County would be provided more flexibility in exchange for maintaining at or above state levels in reviews.

“One of the things that we do in our system is we had to have waivers for instance to do block scheduling, class size, different things like that,” Hyde said explaining the benefits of being a charter district.

The decision to initially become a charter school system was not one that was taken lightly, Hyde explained that countless hours of research went into the decision, including speaking with other charter systems and visiting different districts.

Some of the advantages to being a charter district include flexibility to innovate educational opportunities, financial savings from waivers, and possible additional funding in Quality Basic Education (QBE) if appropriated.

One of the outstanding characteristics is the creation of SGT within each of the Fannin County schools. The first SGT was established in June of 2015. These teams, comprised of 7 members, each meet on a regular basis and include school system faculty as well as parents.

Hyde explained the role of SGT more in depth,”Student Government Teams kind of help us distribute our leadership instead of you all being the only board in the whole system. You all are still over the whole system, but this gives some government back to the schools.”

BOE Chair Lewis Deweese admitted to being skeptical of the formation of SGT in the beginning but said of his feelings now, “I think what we’ve really created are some advocates for public education.”

Before taking vote, board member Terry Bramlett questioned, “Whenever we chose to become a charter system it seemed to be the fairer choice of offering the most flexible options and the greatest opportunity for our students. Would you agree that that’s still the case?”

Hyde replied that she still felt very strongly that being a charter system is the best option for Fannin County and added that it also allows the school system a wider range of options as future needs within the district arise.

The BOE took the first step in renewing its contract to stay a charter district by passing a resolution updating their procedures. While there are still many steps to take before this renewal is official, administration is confident in their choice and ability to continue with charter district status.