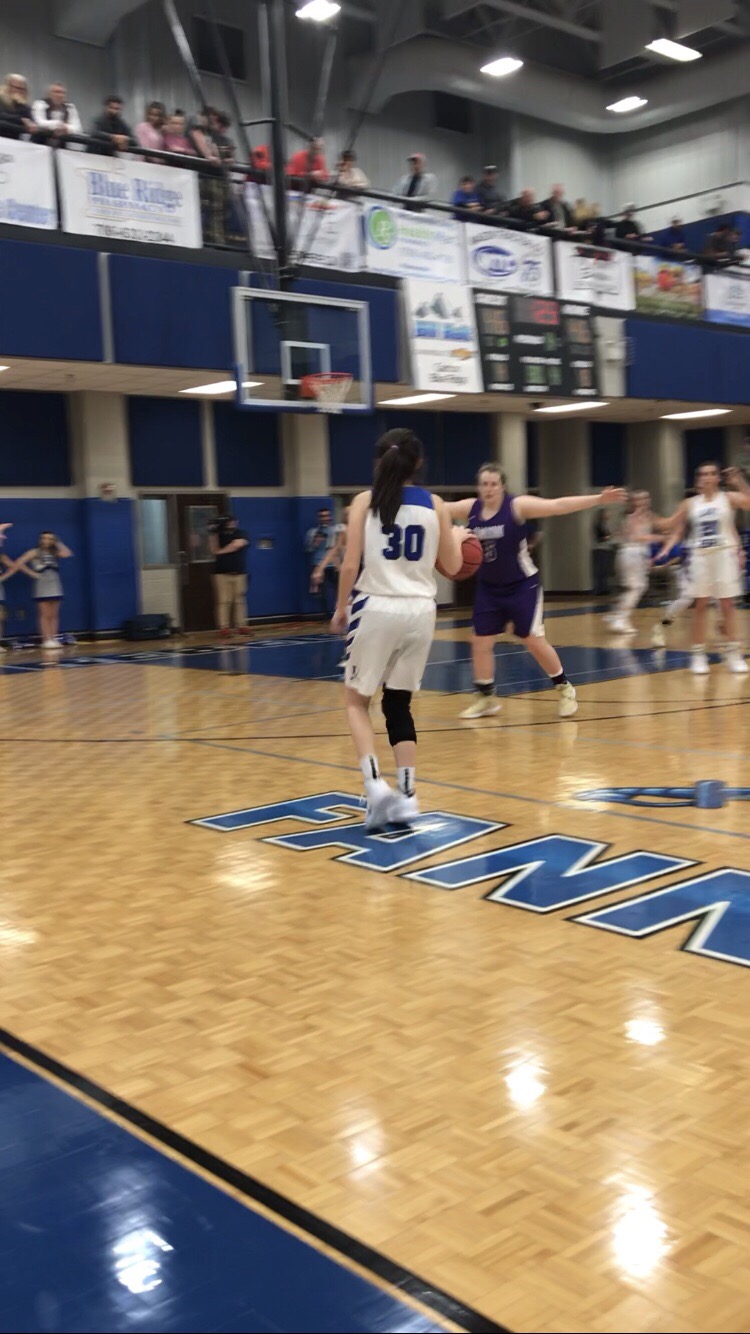 This past Saturday, the Lady Rebels took on the Gilmer County Lady Bobcats at home for their first game of the month. Fannin looked to redeem themselves from one of their first games of the season when they endured a 52-45 loss to Gilmer in the ETC Tournament.

It started as a back and forth game from tip off when the Lady Rebels started with the ball. Fannin earned an early lead as they drove the defense in then passed the ball out for wide open shots. Sophomore Abby Ledford and junior Morgan Holt, led Fannin in scoring for the night with fourteen points each.

The Bobcats were ahead 9-8 when Holt drove the lane for a layup to take a 10-9 lead. Fannin played a heavy defense where they fouled the Bobcats which led them to take an 11-10 lead with made foul shots. Holt continued to score more points as she rebounded a shot and went up for a basket that put Fannin ahead 12-11. Gilmer once again found themselves at the free throw line where they tied the game 12-12 with thirty-five seconds left in the first quarter. As the clock wound down, Fannin fouled again and Gilmer made two foul shots to go into the second quarter with a lead of 14-12.

Gilmer started to drive towards the basket to extend their lead over Fannin at the beginning of the second quarter. Maleah Stepp showed off her ball handling skills and added four points to Fannin’s score with her jump shots. As Gilmer still had a 28-21 lead going into halftime, Fannin fought to make a comeback.

Fannin tried to adjust to Gilmer’s defense and found a new method of scoring. The Rebels found senior, Reagan Henderson, wide open on the block who contributed five points for the night.  Mackenzie Johnson assisted in earning some of those points as she went up for a layup and then passed backdoor to Henderson who was wide open for a shot. Johnson also added to Fannin’s score for the night with three points overall. The Bobcats extended to a ten point lead to end the third quarter with a score of 43-33.

Both teams continued to play like they were neck and neck. They continued to put the ball into action and score even more points. As the game drew to an end, Gilmer found themselves victorious over Fannin once again, with a final score of 58-45. Fannins loss put their overall record at 6-10 and let their region record at 3-2.