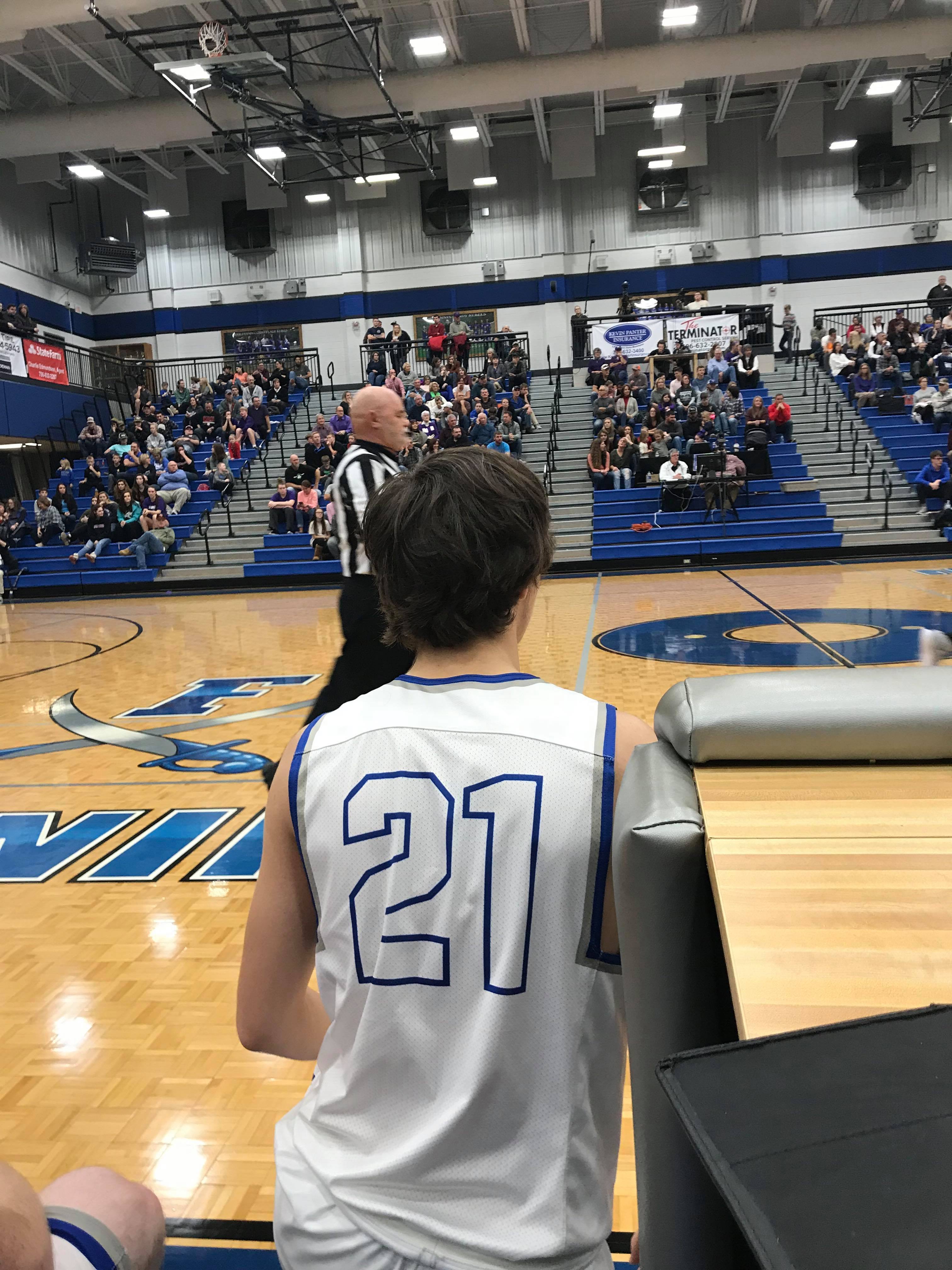 For the first Friday of December, the Rebels traveled to North Hall in hopes of redeeming themselves from their previous loss and hoped to earn a region win.

The Rebels started off with great determination and wasted no time putting points on the board. Sophomore, Kaeden Twiggs, led Fannin in scoring for the night with ten points. It appeared to be an even matchup as the teams went up and down the court. Fannin drove to the basket while the Trojans got most of their points from outside shots. After a lot of back and forth, North Hall was able to take the lead at the end of the first quarter with a score of 17-11.

Fannin started to adjust to the Trojans offense and picked up their defensive game to start the second quarter. The Rebels started to pass inside to Joel Kinser who added seven points to their score while Jalen Ingram contributed six for the night. As Fannin scored six points in the second quarter, they only allowed North Hall to score one point, leaving the score 18-17 as they went into halftime with the Trojans still in the lead.

Dahla Myers and Brady Martin’s outside shooting came alive in the second half. Myers was able to add five points to the Rebels score while Martin contributed eight. North Hall began to put all of the pieces together on defense where they caused Fannin to make sixteen turnovers while they only made four the entire game. North Hall extended their lead over Fannin and closed the third quarter with a score of 34-27.

No matter what Fannin did in the fourth quarter, North Hall would come right back with more points. Rebel senior, Chandler Kendall, contributed four points overall in the game before the end of the fourth quarter when he was given two technical fouls and ejected from the game. This was Kendall’s second game back after he acquired a sports injury before the season started. After the ejection, the Rebels would be without him for two more games. North Hall kept their seven point lead as time ran out on the clock and left the score at 47-40. The Trojans win put their overall record at 3-3 and Fannin’s at 2-6 while their region record became 0-2.