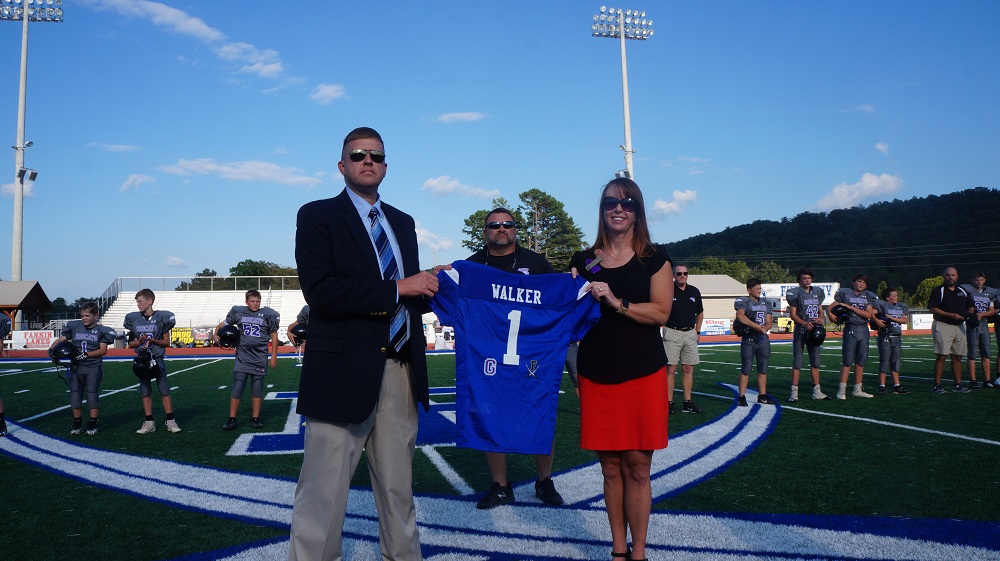 BLUE RIDGE, Ga. – It may seem like a small gesture to some, but for those in Gilmer County, Georgia, a simple jersey is relating a lot more than meets the eye as they receive a memorial jersey to honor Gilmer’s middle school principal, the late Larry Walker.

With a special moment before the middle school football games between these two schools on September 19, Fannin County School Superintendent Dr. Michael Gwatney took to the field with Gilmer County School Superintendent Dr. Shanna Downs and Appalachian Judicial Circuit District Attorney Alison Sosebee for a special ceremony in order to present the jersey hosting the emblems of both Gilmer and Fannin.

After a few words about Walker’s life and a moment of silence honoring him, Gwatney and Downs shared their own moment holding the jersey together. The announcers explained the meaning of the ceremony saying, 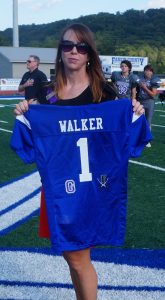 “The jersey being presented to the Gilmer Middle School football team bears the name of Walker with the #1. Also on the jersey is the Fannin County School insignia and the Gilmer County School insignia. The jersey being presented is in memory of Larry D. Walker, principal of Gilmer Middle School, and signifying Fannin County and Gilmer County are together as one, both in spirit and community.”

With the funeral today, many are still dealing with the loss as they prepare their final respects. Others are coping in their own ways. But as a community comes together and the true reach of one man comes into focus, they are responding to the show of support. Kayann Hayden West offered her thanks on social media saying, “Thankful for the support of our community and the Walker family up and down the 515 corridor. Rivals on the field but united in purpose and heart.” 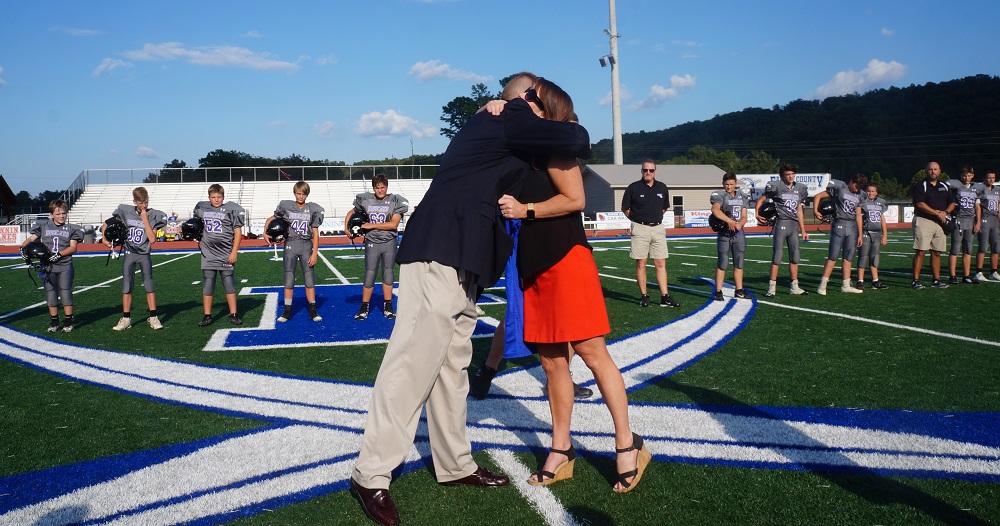