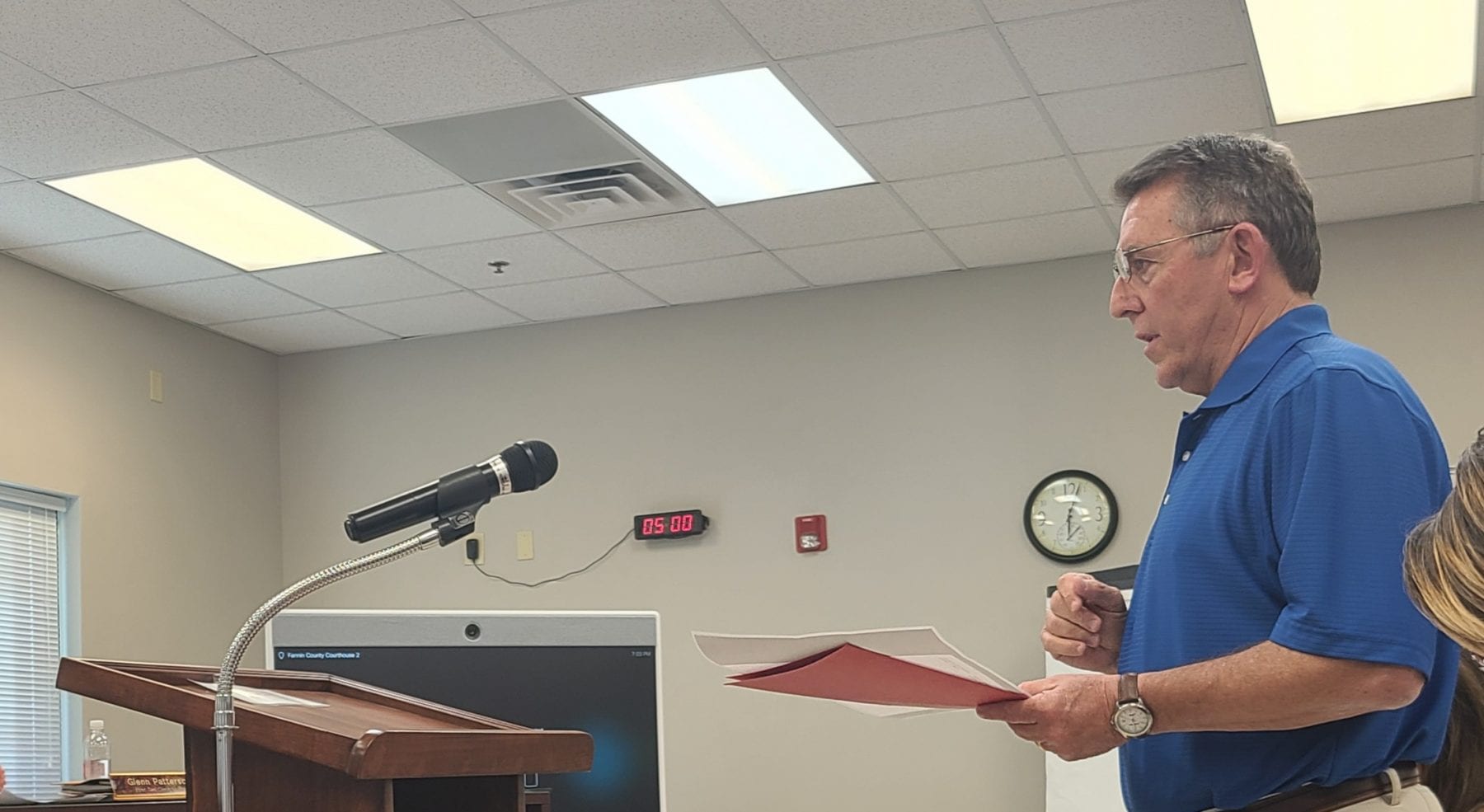 BLUE RIDGE, Ga – Blue Ridge City Councilmember Mike Panter attended the April 27 Board of Commissioners meeting to present his idea for an aquatic and wellness center.

He began by stating he wants to develop a communal space for the city, county, and school on the unused farmer’s market property. The area’s been closed for almost 12 years according to Mayor Donna Whitener. 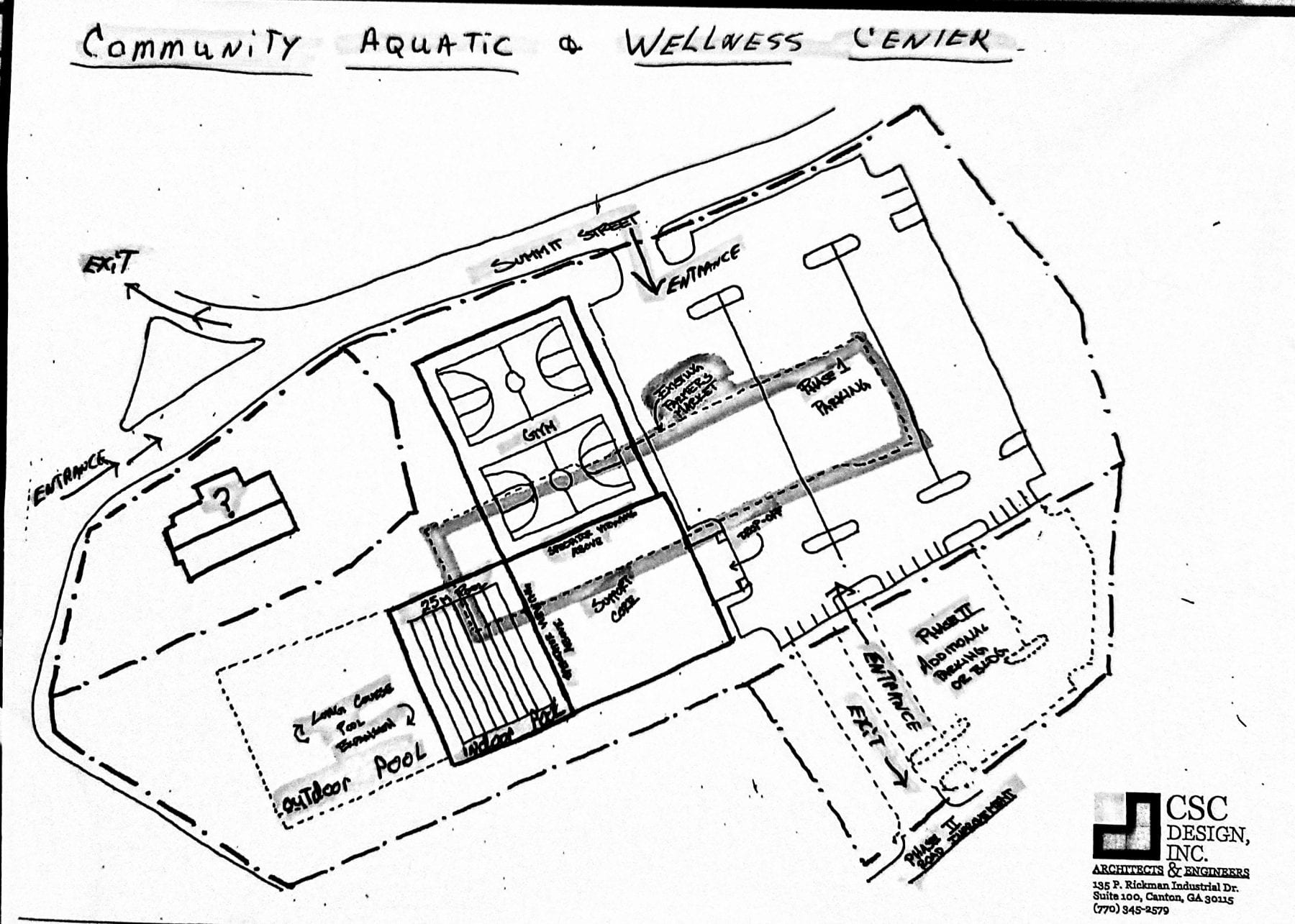 Intended property for the building.

Panter estimated the project will cost between $7 and $9 million since the city already owns the land – 4.91 acres. In-depth cost analysis wasn’t addressed during the meeting.

“Lot of opportunity, a lot of money that can be raised for a facility of this size. Now $7 to $8 million dollars sounds like a lot of money. If we wait 10 years from now that same facility will be $25 million based on our growth,” Panter explained, “What I’m proposing is that the city of Blue Ridge do a joint venture with the school system and the county government to see if we can use this piece of property, we’ve got sitting right here in the heart of our community.”

The project could be completed in phases. According to the handouts provided by Panter, phase one would include the main building and pool. The pool would be enclosed during phase two with PEMB and openable glass doors.

Panter commented that the center could be a profitable venture for the county, city, and school. Under the current plan, volunteers would predominately operate the facility. The city would pay for the three or four full-time employees.

“If we continue to allow our land to be developed to go high-end commercial to people outside of our community, that land’s not going to be recreated for us down the road. And one of the things I talked to the council about, I said ‘why don’t we take this facility and see if we can work with the county and school system and put something together,” Panter explained.

He added that SPLOST, LOST, hotel/motel tax, and possibly grants could pay for a portion of the project. According to the materials provided, the aquatic and wellness center might qualify as a tourism product development under Georgia Code 48-13-50.2(6)(A-P).

“And other ‘creation or expansion of physical attractions which are available and open to the public and which improves destination appeal to visitors, support visitors’ experience, and are used by visitors,’” the handout document stated. 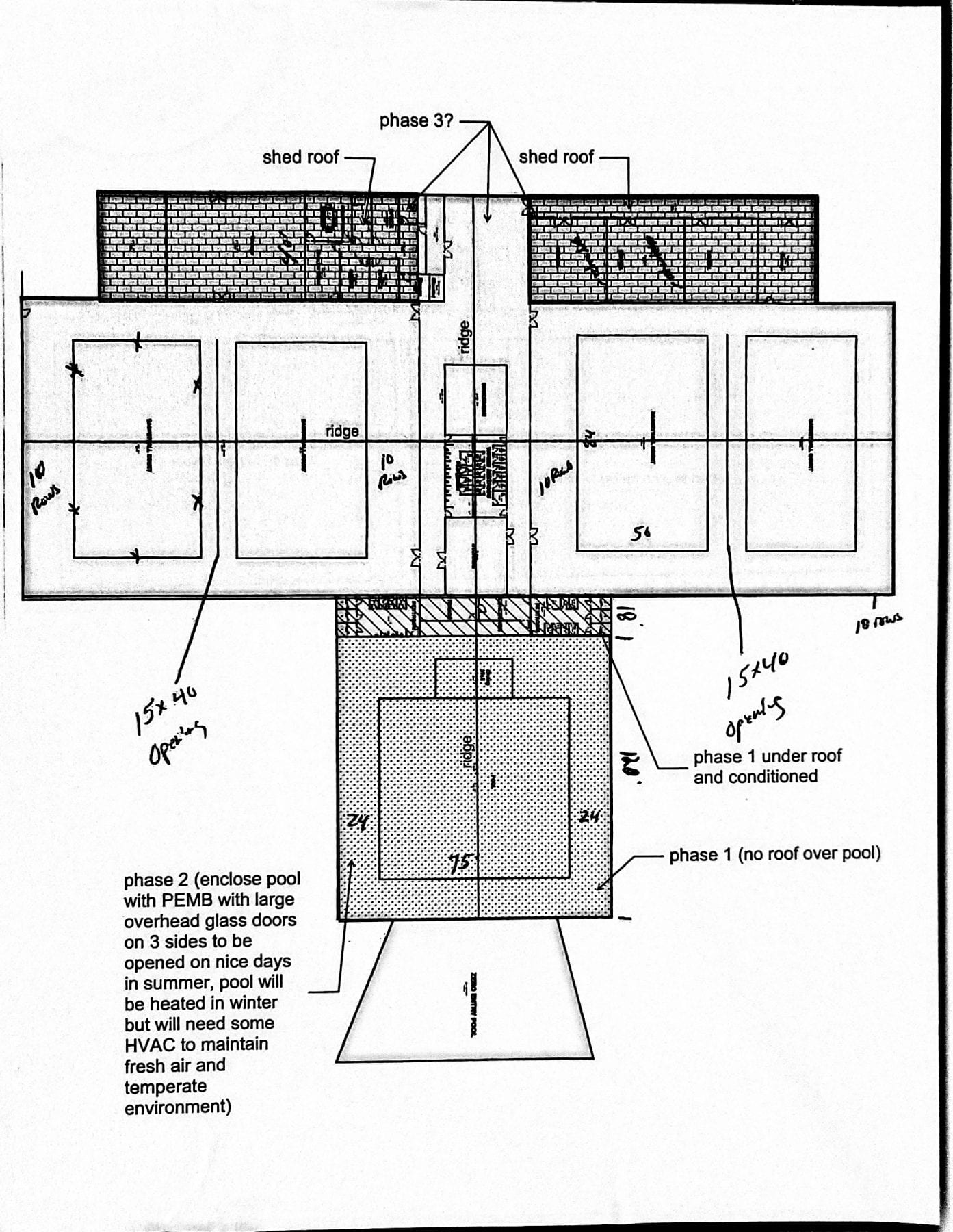 The layout of the proposed facility

Panter offered that some new residents of Fannin look for tax deduction opportunities and residents could donate money toward the proposed facility. His materials cited Internal Revenue Service Code section 170 (c)(1) which pertains to charitable donations to governmental units for tax deductions if made for a public purpose.

As for SPLOST funds, typically, when citizens vote to approve a new SPLOST tax, it lists the proposed projects. An aquatic and wellness center wasn’t included in the latest list of SPLOST projects, but that doesn’t mean a county can’t divert funds for the effort.

However, Fannin has yet to move forward with the voter-approved administrative facility aside from purchasing Whitepath in 2019. The future of that building for administrative offices faces continued uncertainty with a public hearing scheduled for next week.

Additionally, any decision regarding Whitepath could affect the future of the library. While the library hasn’t appeared on a SPLOST vote either, the state did provide $1.3 million to the library for a capital outlay project – namely the construction of a new facility, either at Whitepath or elsewhere. There’s also a timetable associated with those state funds. Basically, the county has several big-ticket projects to consider before entering into an intergovernmental agreement with the city for something new.

The aquatic and wellness center will be discussed at a later meeting, and Panter intends to speak at a board of education meeting to gauge their support.

Panter campaigned on bringing a YMCA-like facility to Blue Ridge before being elected to city council. He’s tried to develop a similar facility since 1990.