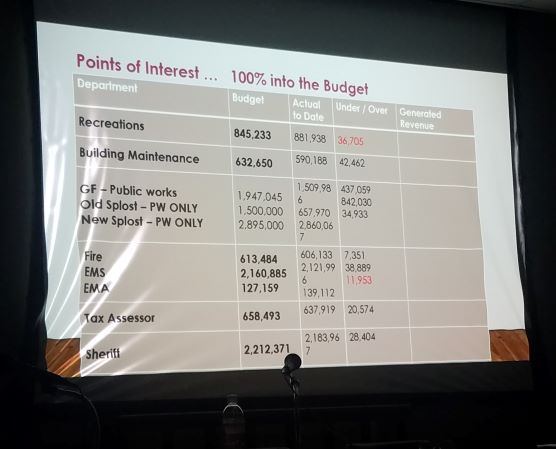 Almost every department came in under budget for the year. Recreation went over due to new programs that were approved. EMA came in a little over as well because of the new fire station.

The numbers could change once the adjustments are finished. 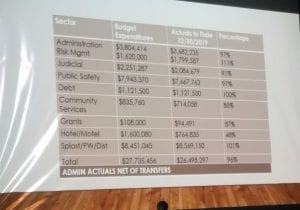 The unadjusted budget amounts for 2019.

Gazaway told Post One Earl Johnson, “New auditors probably won’t come in until May to do the final audit. They are just trying to put us in the rotation.”

Traditionally, Gazaway has waited until the auditors have finished their work before presenting the adjusted budget to the board for a vote.

Gazaway confirmed the $657,970 was the amount spent. She also thought they had more money in that account and the auditors made an adjustment. The money didn’t disappear; it went into the new SPLOST because of the adjustment.

“Because of the two-month cut-off, I had put money in the old SPLOST when it should have been in the new SPLOST,” explained Gazaway. “So, when we did budgets, I thought we had a little more money in the old. It’s just something I overestimated and told Zack. We kind of went by my numbers.”