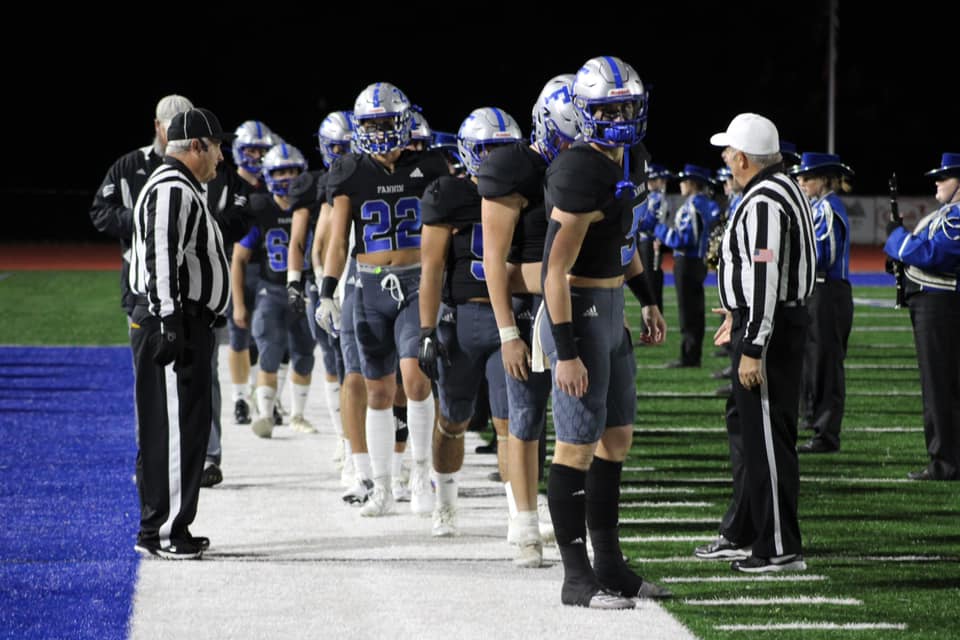 Last week, our local areas teams had some tough matchups in the first round of the GHSA Playoffs, and we only have 3 teams left standing.

Fannin, Haralson and Dawson County all made it through to the second round.

In this article, we are going to take an inside look and preview these teams second round matchups, as well as take a look at some matchups that are outside of our coverage area.

If you recall, the Fitzgerald Purple Hurricanes were the team that bounced Fannin County from the third round of the State Playoffs last year in a 48-14 route. Fitzgerald would eventually go on to the State Championship and lose to Callaway.

This year things should be different for the boys from Blue Ridge. They caught the Purple Hurricanes at the wrong time last year, as they were injury ridden and just couldn’t seem to catch a break. This year, the Rebels are as healthy as a team can be at this point in the season and things seem to be coming together at the right time. Even though Fannin County has only lost one game all season and is riding a 9 game winning streak, they still can’t get any love in the rankings. MaxPreps has them ranked as the thirteenth best team in the AA classification, and the Rebels seem to have a chip on their shoulder this year as they’ve set out to prove everyone wrong. Heck, the weren’t even picked to win their Region yet here they are.

As far as Fitzgerald is concerned, they will come into Friday nights game hailed as the 3rd ranked team in AA. They are 9-2 on the year, and their lone region loss came against Thomasville who is the top ranked AA football team in Georgia. Some names to watch out for on the Purple Hurricanes: Daniel James and EJ Lightsey. James is a 6 foot 1 defensive end and linebacker who can reek havoc in the backfield, as can his counterpart Lightsey, who is a 6 foot 2, 220 pound linebacker who is committed to play college fotball at the University of Florida.

This game is going to be decided by who’s defense breaks first. Both teams strengths are in their defense, and whichever one gives up the big play, we could see that costing their team the game. I do not think this will be a high scoring affair, and if Fannin can keep it close up into the fourth quarter, they just might be able to pull off the upset. The fact that this is a home game for the Rebels will also play heavily in their favor.

This could be the best game in all of GHSA AA football on Friday night. CalPreps has this game projected as a 21-20 Haralson County win, and that is in large part to the way that Rebels QB Clay Hyatt has been playing lately. In games against Bowdon, Model and Banks County, Hyatt has rushed for 534 yards and 6 touchdowns. In those games however, Hyatt only threw the football 8 times total, which could hurt the Rebels offensively against Northeast if they become one dimensional.

As for Northeast, they come into this matchup at 8-3 on the year. They are currently ranked 7th in AA, and will be looking to pull off the upset over 5th ranked Haralson. Northeast has a pretty solid senior QB in Travion Solomon. Solomon has thrown for over 5,000 yards in his high school career (1,339 this year), and he is very careful with the football as he has thrown for 9 TDs this year while only turning the ball over twice.

This one could go either way, and if you’re a high school football fan, you’ll definitely want to keep your eyes on this game.

The winner of this one will face the winner of Fannin-Fitzgerald which we previewed earlier. Lovett had a big win last week over Union County, and Putnam kept their undefeated season alive with a 62-7 win over East Laurens. This should be another close game, and we should really get to see whether Putnams undefeated regular season was due all to their weaker strength of schedule, or because they are the real deal.

The Rabun County Wildcats will look to prove to everyone they are worthy of the number 2 ranking that they hold when they face off against Jeff Davis on Friday night.

The Dawson County Tigers got it done in the first round with a 36-27 victory over Sandy Creek. They have a very tall task ahead of them this week in the second round against Pierce County, the fourth ranked team in triple A. Pierce County is a 20 point favorite in this one, but who knows, maybe Sid Maxwell and his Tigers have something up their sleeves and can pull off an incredible upset.