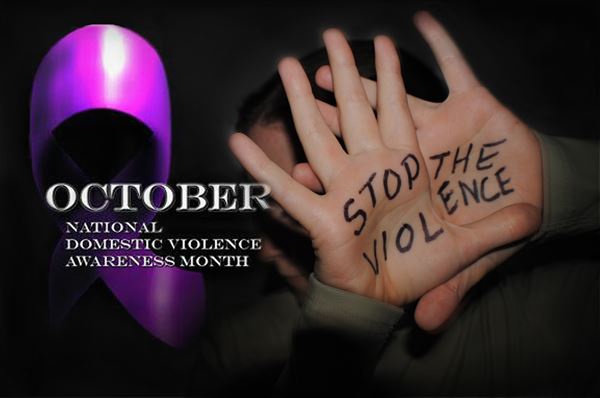 BLUE RIDGE, GA – The Board of Commissioners urged citizens of Fannin County to educate themselves about domestic violence by recognizing the epidemic in the month of October.

“Domestic violence affects people of all races, ages, income levels, genders, and religious backgrounds. It is an intolerable violent crime that affects the public health for victims/survivors, as well as family members, partners, neighbors, or peers,” read Chairman Jamie Hensley from the proclamation.

The U.S. Department of Justice estimates that 1.3 million women and 835,000 men are victims of physical violence by a partner every year.

One in four women and one in seven men are victims of domestic violence in their lifetime.

“We appreciate our community so much. They who have stood behind us and support us,” North Georgia Mountain Crisis Network Director Kim O’Neal stated. “We’ve been here for 35 years now and we appreciate the continued support.”

Hensley added that he’s heard a great deal about all the help the North Georgia Mountain Crisis Network has provided to people in the community. “They are so grateful for all the help you’ve given them,” Hensley said.

Additionally, women are 70 times more likely to be killed during the first several weeks after leaving an abusive situation than any other time according to the Domestic Violence Intervention program.

Conversely, five percent of men are killed each year at the hands of a significant other.

The cycle of violence often includes isolation of the victim as well as an emotional assault to the victim’s self-esteem, so he or she believes that they have nowhere else to go. It includes the “honeymoon phase” when the abuser abstains from violence and expresses love and affection to keep the victim close. However, this period is short-lived before the violence begins again.

The event evolved from the “Day of Unity” held in Oct. 1981 and conceived by the National Coalition Against Domestic Violence.  It soon became “Unity Week.” In 1989, Congress passed Public Law 101-112, officially designating Oct. as National Domestic Violence Awareness Month.