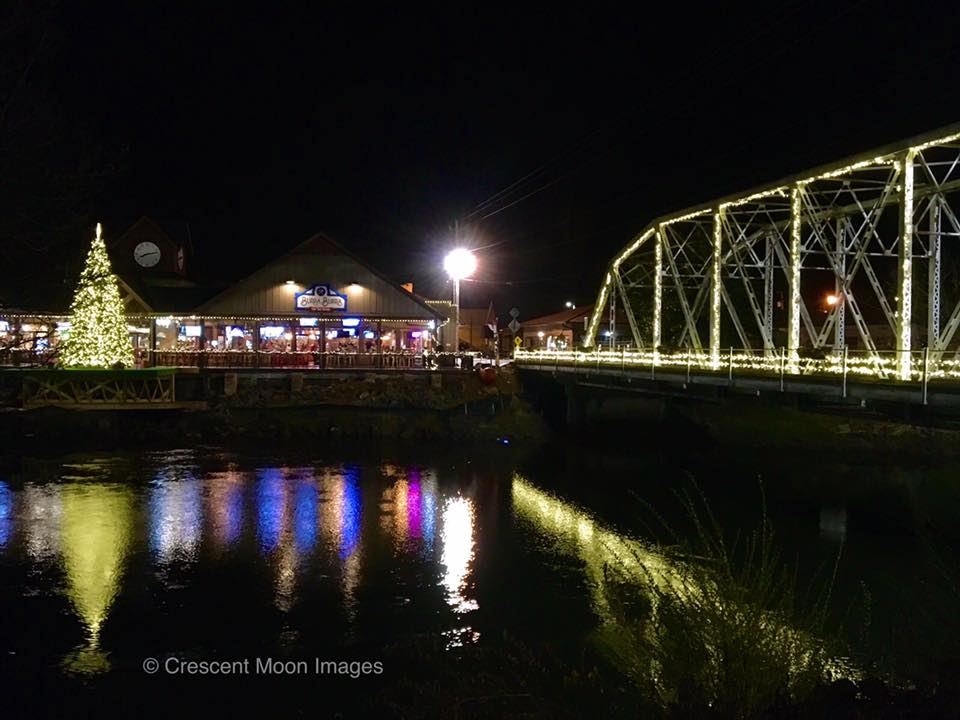 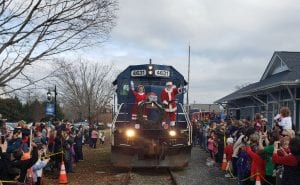 Blue Ridge, Ga. – Nothing rings in the holiday cheer like a small town celebration! That’s why Hallmark has literally over 100 holiday-themed small town movies for its viewers, and if Hallmark were to ever need a new setting, Fannin County would not disappoint.

The City of McCaysville kicked off the festivities hosting Light Up McCaysville and Copperhill at the newly renovated Riverwalk Shops. Festivities began at 4 p.m. on Friday with visitors enjoying holiday music while shopping at local businesses.

At 7 p.m. McCaysville lit the tree. In its new location, on the terrace in front of the Riverwalk Shops, the tree along with the lighted steel truss bridge, cast a beautiful reflection on the river below, leaving spectators in awe of the stunning display. 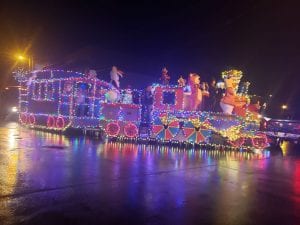 Rain didn’t deter the crowd as the Christmas Parade made its way through downtown.

In keeping with tradition, the Blue Ridge Business Association lit up the City of Blue Ridge with its annual Light Up Blue Ridge celebration held on Saturday.

The festivities officially began as Santa and Mrs. Claus rolled into town on the Blue Ridge Scenic Railway. Hundreds lined the tracks and children of all ages cheered as the train blew its whistle to signify their arrival.

Throughout the day families enjoyed the small town wholesome feel as carollers walked the streets singing Christmas favorites and a strolling Barbershop Quartet made its way around town. 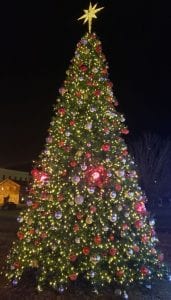 Visitors and locals had pictures made with Santa and visited the Gingerbread Village set up at the Art Center (Blue Ridge Mountain Mountain Arts Association), while awaiting the parade later in the evening.

The parade began at 5:30 p.m. Despite the weather, raining with brief periods of heavy rainfall, spectators lined East Main Street. Children gladly caught candy thrown from the numerous floats and vehicles. There were grinches, dancing elves, carolling snowmen, a marching band, and ending the parade was Santa wishing all a good night.

As the parade wound down the crowd made its way to the park for the lighting of the Great Tree.

With the traditional countdown, the 27 foot tree was lit, marking that the holiday season has officially begun for Fannin County.