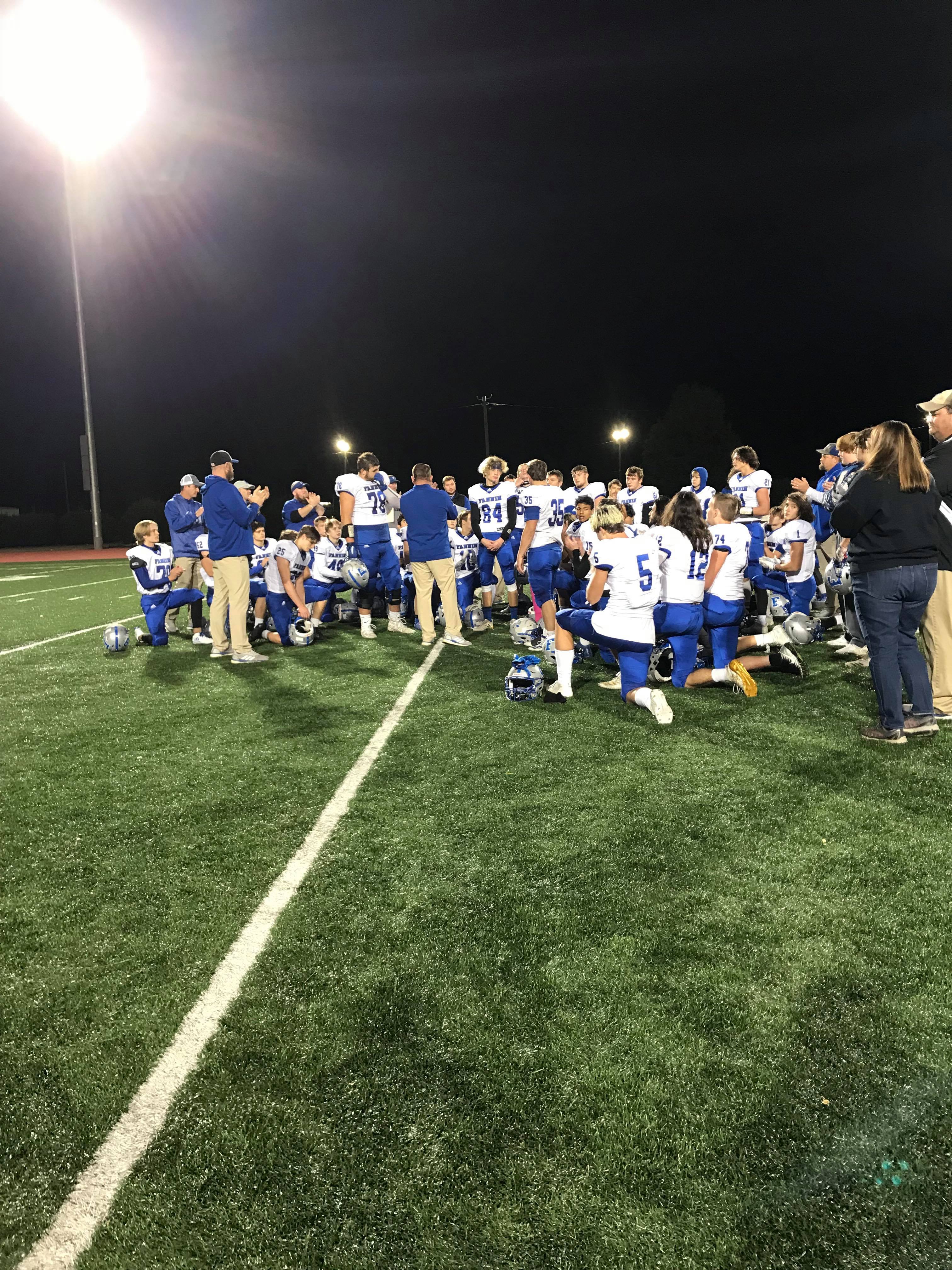 For the first round of the state playoffs, Fannin traveled to Decatur to take on the Cedar Grove Saints. Fannin had just come from a tough loss to Greater Atlanta Christian the game before and hoped to redeem themselves with a win to stay in the playoffs. 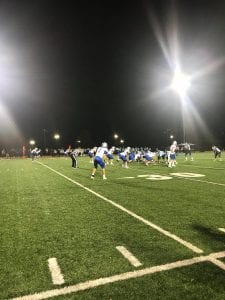 With Cedar Grove receiving the ball, Jalen Ingram made a squib kick to start things off for Fannin. The Saints started off hot as they had a long run on the receive to take over at the 30 yard line where Sawyer Moreland made the tackle for Fannin. It took Cedar Grove no time at all to break through the Rebel’s defense and make a 15 yard run into their end zone to score a touchdown. Instead of playing it safe and going for the extra point, the Saints decided to back it up and kick a field goal for three points, putting them ahead 9-0. Andre Bivens was on the return for Fannin where he was able to get in a short run before meeting the Saint’s defense. Seniors Treylyn Owensby and Will Mosley were the go-to guys for the night on hand offs as they would do their best to make their way up the field.  It took Cedar Grove no time to shut down Fannin and have another turn on offense. After Ingram’s squib kick on the kickoff, Moreland continued his trend for the night as he made another big stop for Fannin. Despite seniors Jackson Weeks and Jakob Tuggle’s great effort on defense, the Rebels were unable to stop the Saints from running in for another touchdown. With a successful extra point attempt, Cedar Grove led Fannin 16-0 to end the first quarter. 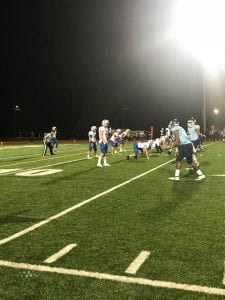 After Ingram’s great punt, Cedar Grove was showing no mercy as they moved right through the Rebel’s defense. In no time at all, the Saints found themselves scoring another touchdown from a 55 yard run. The extra point extended their lead 23-0. Carson Beavers received the ball from kickoff where he had a short run. On the very next play, Will Mosley was handed the ball as he pushed his way past the defense to earn a Fannin County first down!  Sadly, the Rebels were unable to make their way up the field any farther before the defense could earn their fourth down. Jake Sands was the one to make the tackle for Fannin on the return this time around. The Saints ran the ball all night and used their speed and agility to their advantage as they juked right through Fannin’s defense. JoJo Goodwin had good coverage for the night as he kept a touchdown pass from being caught for the Saints. With Cedar Grove being in great scoring position, they managed to run the ball in for another touchdown, putting the score at 30-0 after the extra point. Beavers was still on the return for Fannin as he had a great carry for the Rebels to take over at the 31 yard lie. Quarterback Luke Holloway completed a pass to Owensby to move Fannin up the field to set Treylyn up for a carry on the next play that would earn Fannin a first down to go into halftime. 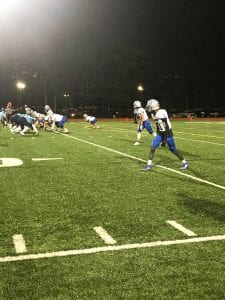 The Rebels defense came alive to start off the third quarter. Tuggle continued his great night as he earned a lot of big stops. Micah O’Neal and Campbell Cosentino followed the trend as they did the same for Fannin. Seth Reece made himself known on defense for the night as he earned a quarterback sack, setting the trend for Jakob Tuggle to do it again on the next play. After a successful turn on defense of keeping the Saints from scoring, Fannin took their turn on offense. Owensby was given a hand off from Holloway and was able to earn a Rebel first down! Mosley followed the trend as he did the same exact thing on the next play. With Fannin in great scoring position, Cedar Grove was able to earn a fourth down before the Rebels could make their way into the end zone. With both teams keeping the other from scoring, the score remained at 30-0 to end the third quarter.

Once again, the Rebels were able to hold the Saints and they finally made their mark on offense. As Fannin made their way into scoring position, Holloway found Ingram wide open in the end zone and threw to the Rebel for their first touchdown of the night. Freshman, Carson Collis, was the one to kick the extra point for Fannin and put the score at 30-7. The Saints answered Fannin’s call as they got the ball back and ran right through the Rebel’s defense to run 29 yards for a touchdown. Sawyer Moreland blocked their kick for an extra point to close out the game, leaving Cedar Grove with a 36-7 victory.

Fannin’s loss puts their overall record at 6-5 and leaves their region record at 3-3. Congratulations to the Fannin Rebels on a great season and for making it to the playoffs for a second year in a row!