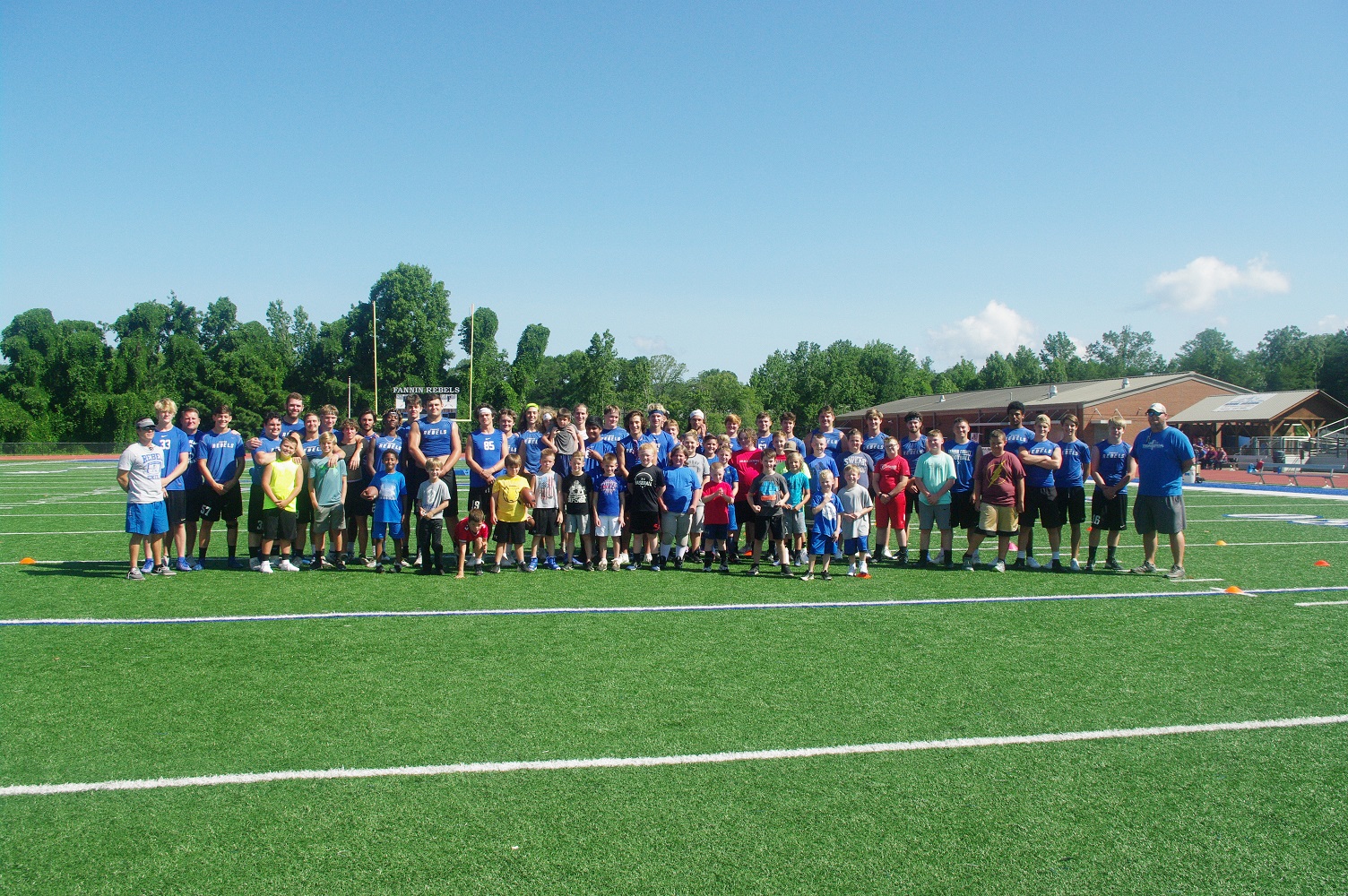 The slight breeze in the air on Wednesday may have been an indication that fall is on its way, but the shouts of youth football players on the field of the Fannin County High School football field confirmed it.

The Fannin Rebels finished their youth football camp strong after three mornings of learning everything they’ll need for the games that kick off in just a few weeks. Players ages five through eight-years-old showed up each morning from 8:30 to 10:30 a.m., while players ages nine until seventh grade rolled in from 10:30 to 12:30 p.m.

The camp was instructed by the coaching staff of the Fannin Rebels, along with members of the team. Campers were divided into groups to work on important aspects of football such as footwork, tackling and passing. Both age groups also finished up with mini-scrimmages at the end of each day.

Head coach of the Fannin Rebels Chad Cheatham said of the camp, “The most important thing is getting them excited. Letting them have fun and making it a great experience for them and allowing them to see these other kids.”