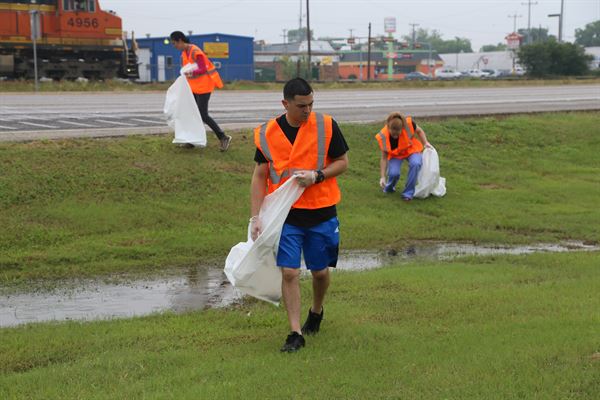 Blue Ridge, Ga – Fannin County hired a team of detainees from the Colwell Detention Center to start picking up litter on the roadsides over the next year.

After two and a half years of waiting for an opening, a detainee detail became available for roadside cleanup in Fannin.

By hiring Colwell, six to ten detainees will work for four, 10 hour days for 52 hours a week. The minimum amount of hours spent on the roads a year would be 12,000. Presently, only two part-time employees scavenge the Fannin County roads for trash. They can only work 32 weeks a year and limited to 2,560 hours a year. 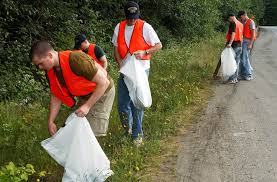 Work details will pick up litter for 4 days a week around the county.

“We can declare war on litter in Fannin County, and do some things along the road, keep them trimmed up, keep litter picked up,” explained Helton.

The public works budget will pay for the service at $39,500 annually, billing once a month. The agreement also offers a seven-day termination notice. The service begins on July 1, 2019, and expenses include a corrections officer to oversee the detail.

Director of Public Works Zack Ratcliff will direct the corrections officer and work detail to the roads for the day or week. From there, the officer supervises the job.

“I don’t think in any world, we could hire six people for that amount a year. It’s really a no brainer,” said Post One Commissioner Earl Johnson, “Our litter problem is an ongoing problem, and just the money, I feel safe in saying, I don’t know how much we’re paying, is going to offset, and the other saving we can look at some of these trees and intersections. The leaning trees can be cleaned up. We’re going to save money in overtime…I think we should feel very fortunate that this opened up.”

“We’ve been looking at this for quite a while. Some other counties around have like six teams in Union County. They’re definitely doing a good job with those guys,” said Ratcliff.

Ratcliff advised tabling the bids until he has time to review each one.

The GDOT grant covers approximately 70% of striping and paving costs.