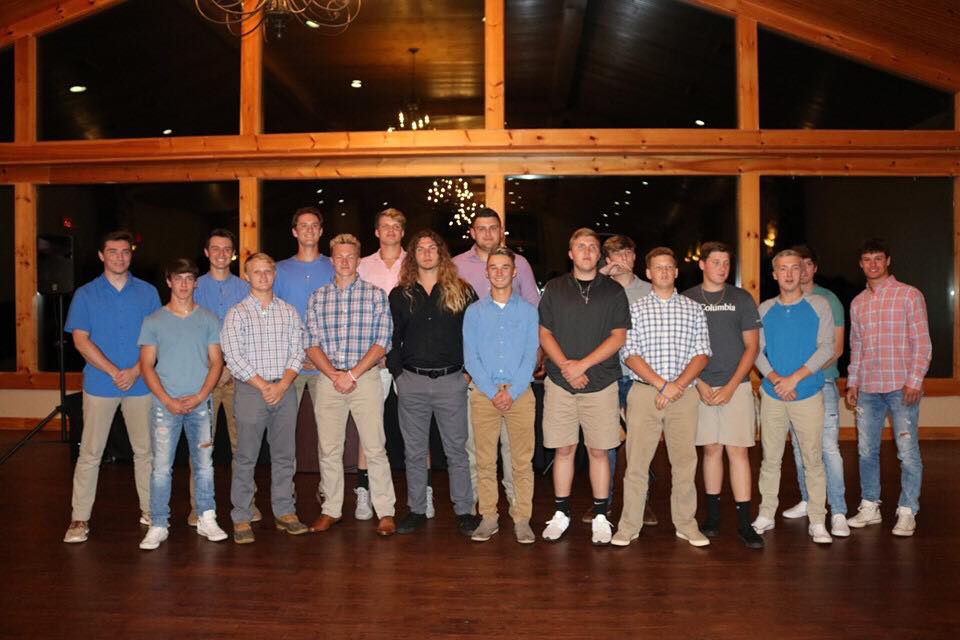 This past Tuesday, the Fannin County baseball team concluded the season with a banquet, just before they start training for the next. The Rebels had a very successful season that all of the players friends and family came to celebrate at Willow Creek Falls.

After head coach Travis Stone said all of his thank yous to everyone who helped the season run smoothly, the awards were handed out.

The first award to be given were the letters that the players earned over the season. Junior, Matthew Shirah, received the academic award with a 102 grade average. The next award was the Family award where the team voted for the player that most exemplified family values in the team. Earning every single vote on the team except for his own, Chris Kimbro received the award.

It was turned back over to coach Stone as he presented the Pitcher of the Year Award. With one pitcher earning 109 strikeouts over the season and the other with 110, Carson Beavers and Chandler Kendall received the award. The AAIT award was handed out next. The award was created to show the goals of the team over the season and stands for Attitude, Approach, Intensity, and Toughness and Bryson Pack was awarded for having all of those qualities. The Diamond Rebel award was voted on by the team for the player who had one of the biggest impacts through their performance and attitude and it was given to Chandler Kendall.

The players who earned a spot on the All Region team were recognized next. The five gentleman were Chandler Kendall, Matthew Shirah, Gabe Buchanan, Carson Beavers, and Hunter Gray. Beavers and Gray were also selected by the 7AAA Region for other awards. Hunter Gray earned the honor of being Hitter of the Year for the 7AAA region while Carson Beavers earned Pitcher of the Year. Coach Stone also earned recognition from the region as he was awarded with being Coach of the Year. The seniors were then recognized for all of their hard work over the years they have played and were presented with a plaque. The five seniors were Tyler Norton, Chris Kimbro, Hunter Gray, Bryson Pack, and Chandler Kendall.

The Rebels had an amazing season where they had an overall record of 26-9, earned the title of Region Champions, made it into the Sweet Sixteen, went the Elite Eight for the first time in Fannin Baseball history, and finished fifth overall in the state. Congratulations to Fannin for such a successful season!