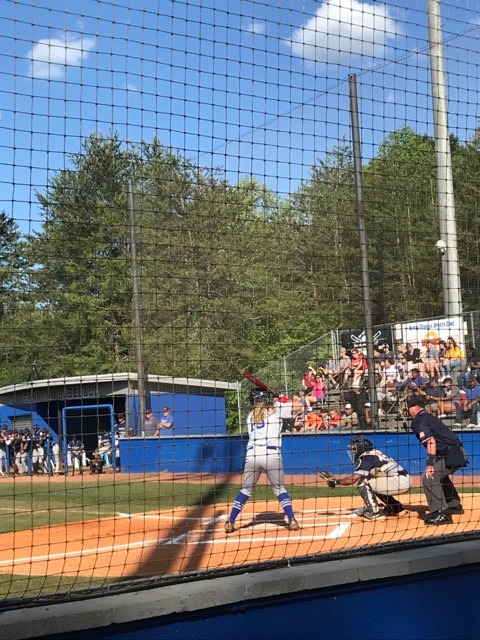 This past Thursday, the Fannin County High School baseball team hosted the second round of the Sweet Sixteen. The Rebels played the Redan Raiders the night before in a double header where they both won one game and lost the other. Whoever won this game would determine who would be moving on to compete in the Elite Eight.

The flip of a coin decided that the Raiders would be the home team, leaving Fannin starting off the game on offense. Lead off, Carson Beavers, got things started for the Rebels as he hit a bomb to left field that hit the very top of the fence and landed back on the field. The Raider’s earned two outs as Hunter Gray stepped up to bat and hit Chandler Kendall home for an early 1-0 lead. Fannin hit the field for defense as Matthew Shirah took his place on the mound. Shirah pitched a great game where he earned five strikeouts overall. The Rebels played a solid defense and let nothing get by them. They made three quick outs to hold Redan off from scoring and ended the inning with a score of 1-0.

With the bases loaded in the third inning, Blake Rogers stepped up to home plate and hit in Tyler Norton. Gray found himself back in the batters box where he sacrificed himself to bring in another run to put Fannin ahead 3-0.

At the bottom of the fourth, Redan finally made a mark on the board. With a runner on second, the Raiders hit a ball in the gap to bring the runner home to score their first point. Fannin was able to put another run on the board in the fifth inning before Redan started to turn things around in the sixth inning. Chandler Kendall went in to relieve Rogers from the mound where he also struck out five batters. With the bases loaded, the Raiders hit a ball to the outfield, brining in two runs. Redan’s comeback put them behind Fannin only one point with a score of 4-3.

With tension high at the top of the seventh inning, Fannin persevered. Kendall made his way to third base and was in scoring position when Redan got their third out. Kendall ended the inning with three strikeouts in a row, advancing Fannin to the Elite Eight for the first time in Fannin baseball history with a 4-3 victory over the Redan Raiders!