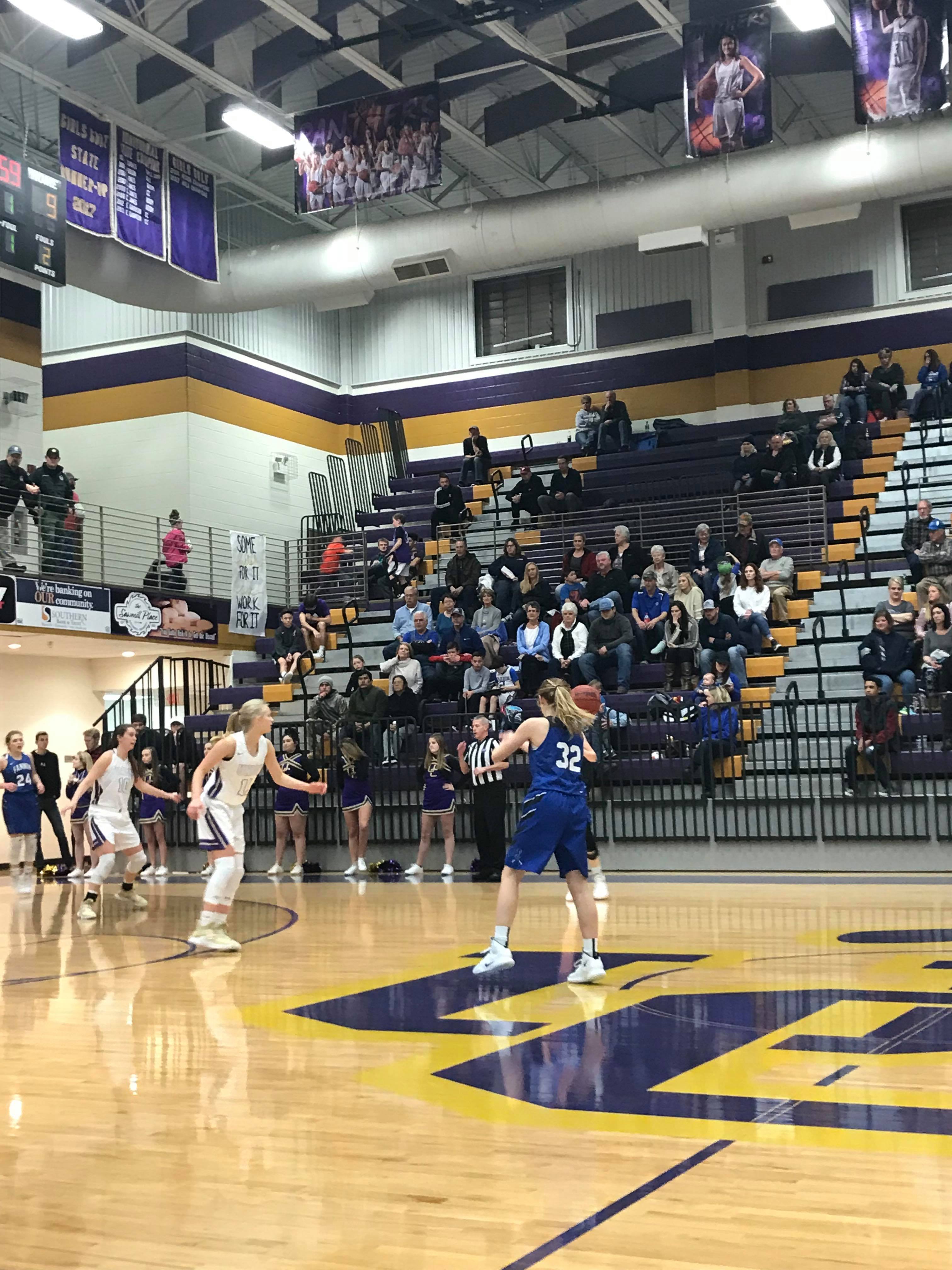 This past Saturday, the Lady Rebels traveled to Union County to take on the Lady Panthers for the second time this season. Fannin looked to redeem themselves from the first time they played Union and endured a heartbreaking 50-48 loss.

The Panthers started with the ball where they quickly encountered Fannin’s defense ready for them. The Rebels kept Union from scoring and were able to make their way to the basket for an early lead. Morgan Holt showed off her amazing ball handling skills as she moved right through the defense to add eleven points to Fannin’s score. Holt not only drove the basket, she also had great passes inside to Olivia Sisson who put six points on the board. As time passed by, Union began to adjust to the Rebel’s defense and claimed a 14-10 lead to end the first quarter.

Freshman, Becca Ledford, was on fire as she banked three of her three point shots and led Fannin in scoring with thirteen points. Ledford put Fannin into great scoring position only one point behind the Panthers with one of her three point shots. Reagan Henderson got rebounds and put them back for shots where she added eight points to Fannin’s score. Union began to drive right through Fannin’s defense and extend their lead to 26-15 to end the second quarter.

Although Fannin was behind, they kept up their intensity. Maleah Stepp pushed her way through the defense and scored six points. Prisila Bautista and Saidee Collins got scrappy on defense and drew fouls. Collins adeed two points to Fannin’s score from the free throw line while Bautista added one. Fannin kicked it into high gear and ended the third quarter only five points behind Union with a score of 35-30.

Ledford managed to tie up the game at the start of the fourth quarter with a layup and put the score at 37-37. It was a back and forth quarter with each team taking the lead from the other. Once Union got their lead back, Holt drove the lane to put them only one point behind with a score of 43-42. With twelve seconds left, Ledford made a three point shot to put the score at 49-47 with the Panthers still ahead. As the clock wound down, Fannin found themselves fouling the Panthers. With made foul shots, Union closed out the game with a 51-47 victory over the Rebels. Fannin’s loss put their overall record at 6-13 while their region record stayed the same at 3-4.