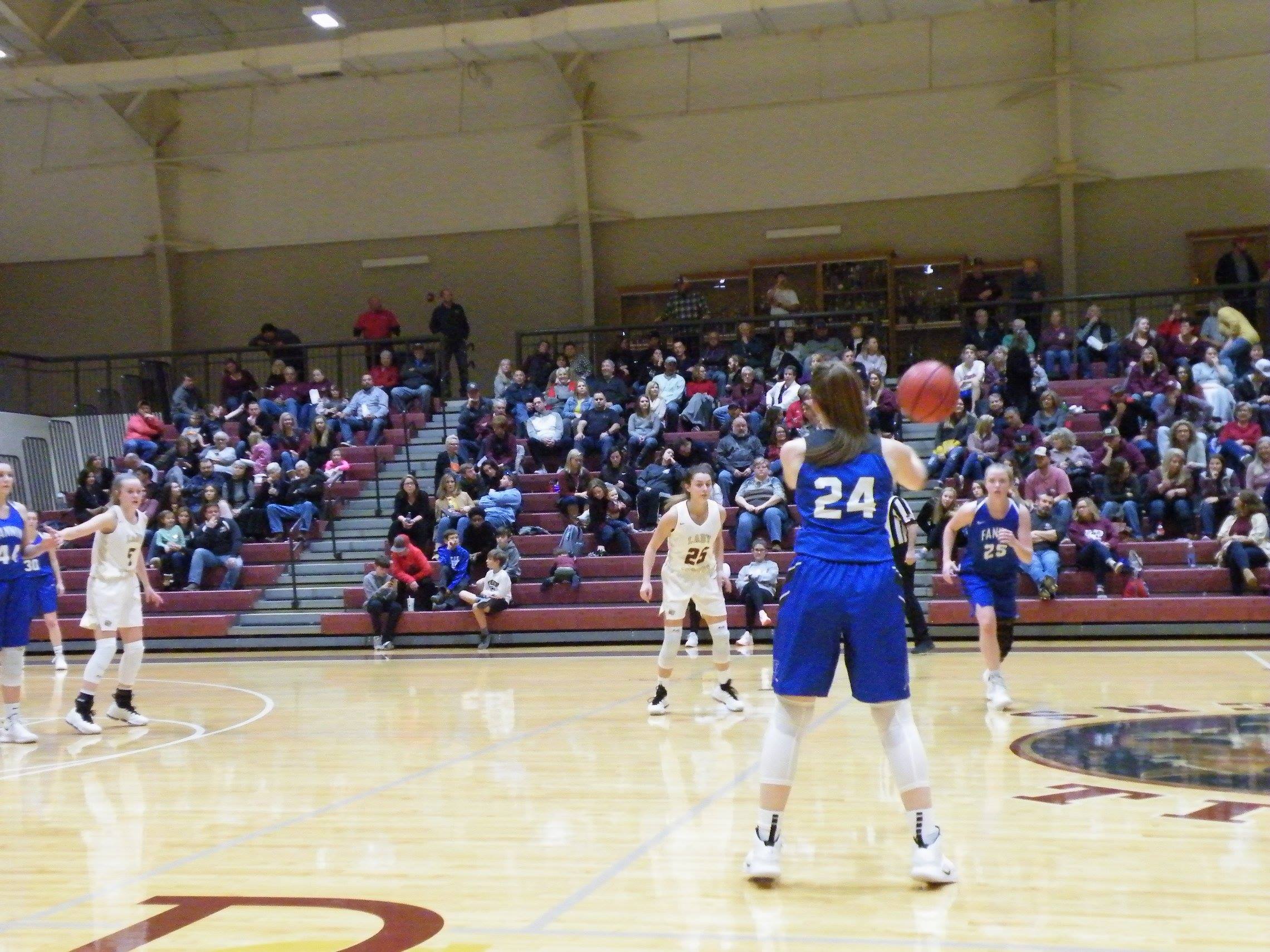 This past Friday, the Lady Rebels traveled to Dawson County to take on the Lady Tigers for their second matchup of the season. The Lady Rebels looked to redeem themselves from the first time they played Dawson and endured a 70-44 loss.

Fannin started with the ball from tipoff where the Lady Tiger defense was able to keep them from the goal. As soon as Dawson gained possession of the ball, they wasted no time to put points on the board. Sophia D’Oliveira led the Tigers in scoring for the night with fourteen points. Lady Rebel senior, Maleah Stepp, led Fannin in scoring for the night with eight points overall. Dawson closed out the first quarter with a 20-4 lead over the Rebels.

Dawson had a solid defense where they made Fannin work to score their points. Freshman, Becca Ledford, pushed through the heavy defense and contributed five points to the Rebels score. As the Rebels scored their points, the Tigers were on fire with their outside shots. Dawson went into halftime with a 33-17 lead over Fannin.

Fannin began to look to the block for more points. Abby Ledford sped up the court and had great passes inside to Olivia Sisson who scored six points from the block. Ledford also contributed to Fannin’s score for the night as she pulled up above the key and banked a three point shot. Reagan Henderson had grit downlow where she got rebounds then put them back up for shots. Henderson also added six points to Fannin’s score for the night. Although Fannin found their way to the basket, they were unable to hold Dawson on defense where they advanced their lead to a score of 58-28.

As the fourth quarter began, a new five went in to play for the remaining six minutes. Kennedy Harper took the position of post where she got after the ball and earned rebounds. Reagan York and Jenna Young were aggressive with the ball where they drove to the basket and drew fouls. The freshmen each contributed one point to Fannin’s score. Mackenzie Johnson responded to the Tigers defense as she earned steals and drove it back for a layup. The Rebels played a solid defense where they didn’t allow the Tigers to score any points. Although Fannin played with great intensity at the end, it was not enough to catch up to Dawson’s 58-32 lead. Fannin’s loss put their overall record at 6-12 while and their region record at 3-4.