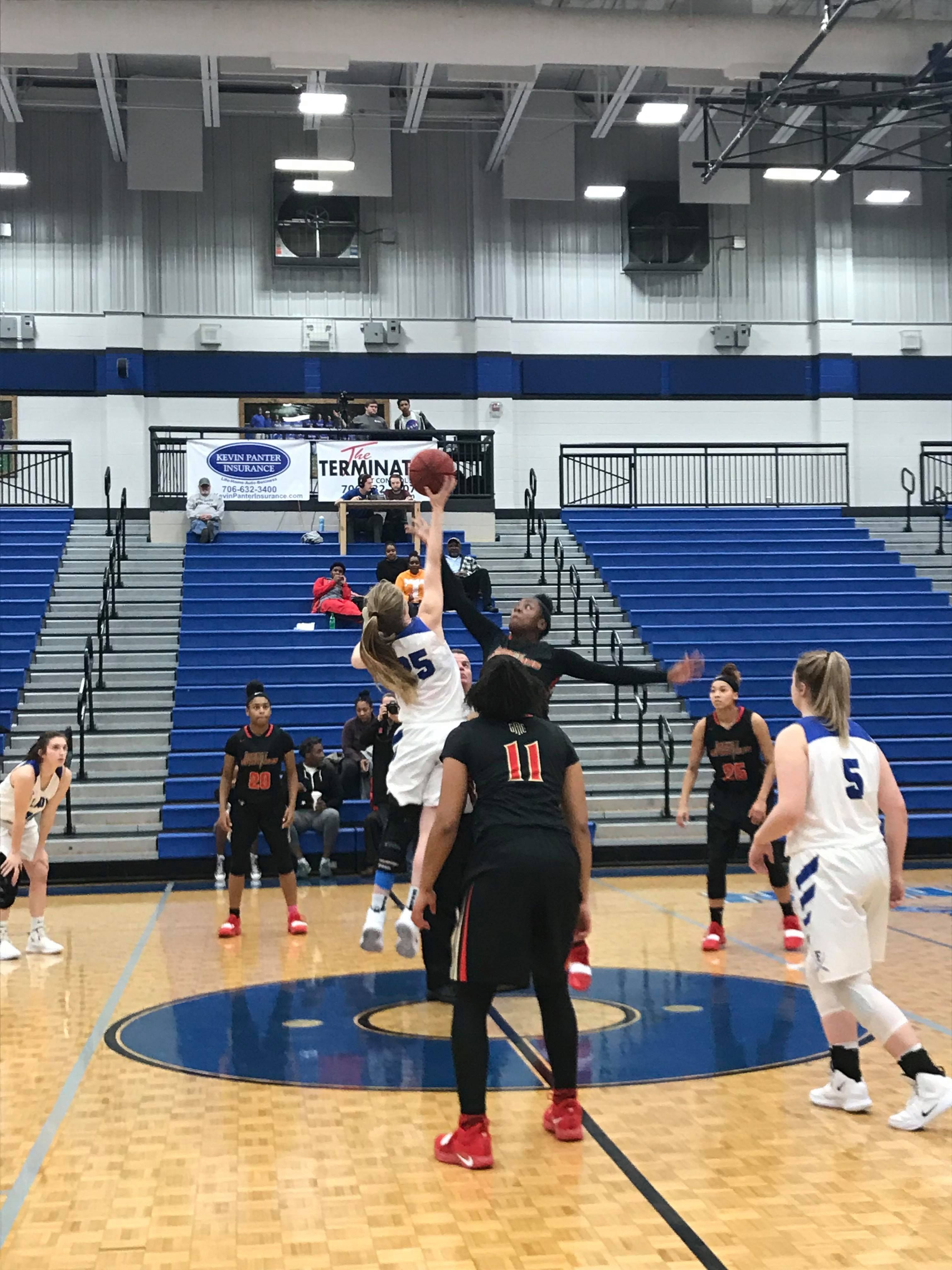 This past Tuesday, the Lady Spartans traveled from Norcross to take on the Lady Rebels at Fannin County. Greater Atlanta Christian had just come from a win and looked to continue the trend while Fannin looked to redeem themselves from a previous loss.

This was Fannin’s first region matchup of the month and they looked to continue their region win streak of three games in a row. Morgan Holt jumped for Fannin at tipoff and received possession to start the game. Holt was the first to put any points on the board and contributed five overall for the night. The Rebels were fighting for the lead as they trailed GAC 8-4 at the end of the first quarter.

It was a very fast paced game as the ball went up and down the court in a matter of seconds. Senior, Maleah Stepp, was on fire with her three point shots as she led her team in scoring with six points. Abby Ledford also had her share of outside shots for the night as she added five points to the Rebels score. GAC picked up their defense and made it harder for Fannin to get to the basket. The Rebels also adjusted their defense as they changed to a zone in attempts to stop the Spartans from driving to the goal. Fannin freshman, Becca Ledford, was scrappy on defense where she took charges for her team. Ledford also showed off her speed as she drove the lane and added five points to the Rebels score. GAC extended their lead going into halftime with a score of 22-14.

As Fannin maneuvered around the heavy defense, they had good looks inside to their posts who all scored two points each. Senior, Emily Beavers, blocked a shot and drew fouls from downlow as she earned two points for Fannin. Regan Henderson also contributed  to Fannin’s score from the free throw line. Olivia Sisson followed the trend and added points to the board for the Rebels with moves on the block. Kennedy Harper kept the momentum going as she earned rebounds and went back up with the ball. Although Fannin kept adding onto their score, the Spartans put more points on the board and ended the third quarter with a 44-23 lead.

When the fourth quarter began, Fannin began to lose their intensity. Fannin struggled to make baskets while the Spartans had no trouble driving to the goal for more points. As the clock wound down, GAC found themselves with 55-29 victory over Fannin. The Rebels loss put their overall record at 6-11 and their region record at 3-3.