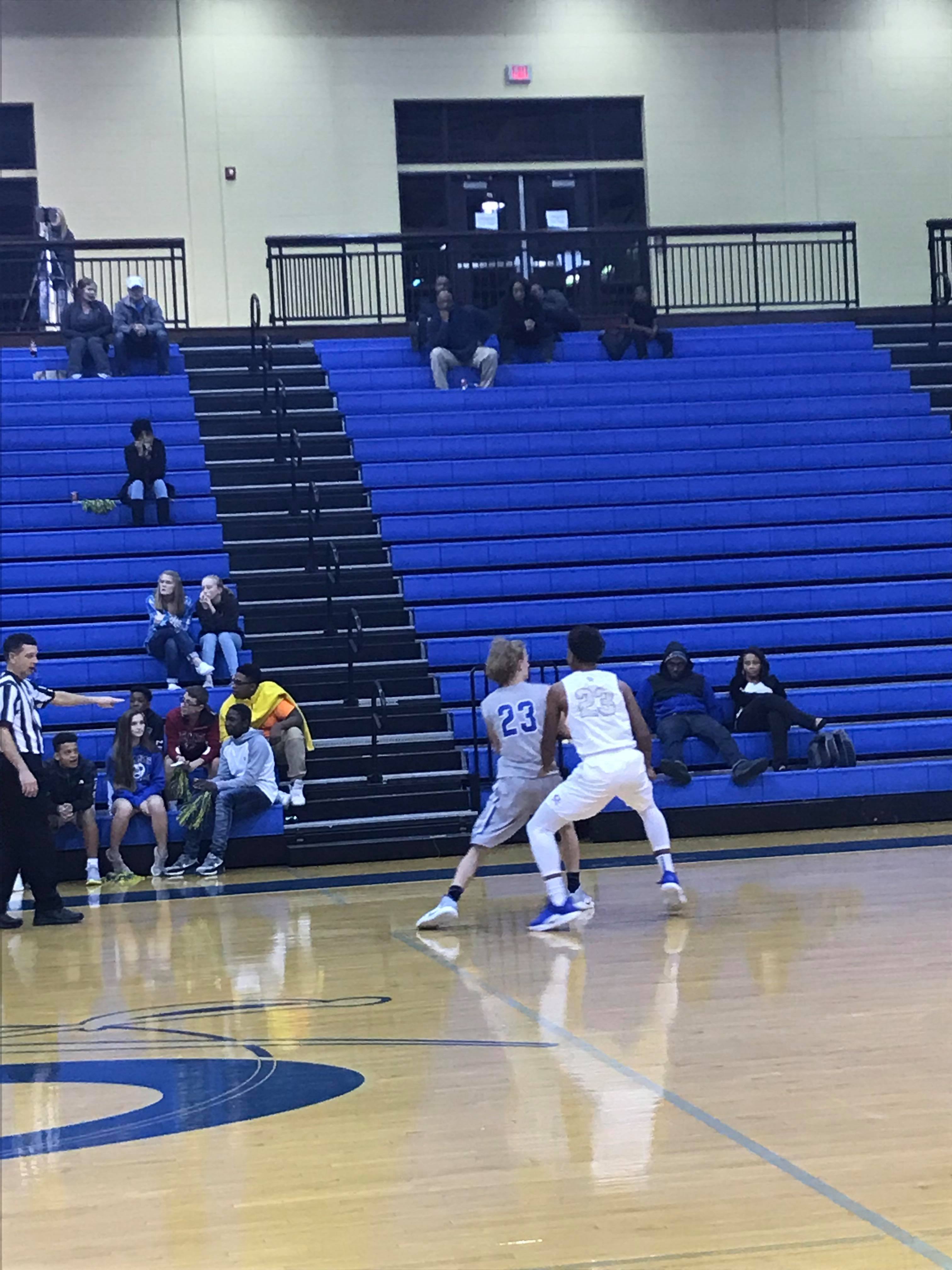 On 11/27 the Rebels made their way to Cartersville in hopes to get their third win of the season as they took on the Colonels at Cass High School. Fannin had just come from a close 49-48 victory over Hiwassee Dam and looked to continue their streak.

Cass started with the ball where they struggled to put it into the basket at the beginning of the game. The Rebels were able to hold the Colonels on defense for the first few minutes of the game, until Cass made a three point shot to take the early lead. With such heavy defensive pressure on them, the Rebels struggled to make it to the basket. Chase Culpepper was the first one to put points on the board for Fannin with his outside shot of two points. Culpepper and Brady Martin had luck with their outside shots for the night where they both contributed five points to the Rebel’s score. Cass closed out the first quarter with a 16-8 lead over Fannin.

Although it was difficult to make it up the court, Cohutta Hyde persevered and earned four points for the Rebels by driving the lane. Just as Fannin was starting to get a rhythm going, the Colonels came out of nowhere with their shooting game. While Fannin had two made three point shots for the night, Cass earned ten. The Colonels extended their lead over Fannin at the end of the second with a score of 34-14.

The Myers brothers worked well together on offense where they kept putting the other in good scoring position. Dahla drew the defense out as he chased a loose ball that he recovered then passed to Gavin, who scored a basket. Dahla put five points on the board for Fannin while Gavin was right behind him with four. Jaylen Ingram took initiative on the block where he earned a lot of rebounds and scored two points for the Rebels. As Fannin kept fighting, Cass ended the third with a score of 55-24.

As the clock started to wind down, both teams started to foul. Rebel seniors, Nathaniel Garrison and Joel Kinser, got aggressive down low where they both drew fouls and each scored three points for the night. The teams were almost even throughout the game in made free throws where Fannin went 5 for 10 and Cass went 5 for 9. Despite the Rebels hustle, they were unable to catch up to the Colonels who ended the game with a 63-31 victory.